This is not as delicate as white bread, but has other charms.

Here we have all the flavour of whole, ripe wheat berries crushed so the germ and the bran are present. It therefore has a more gutsy and robust flavour. It also has a crisp and crunchy crust on the outside and is moist and mealy within. But how can busy people find time to make bread? 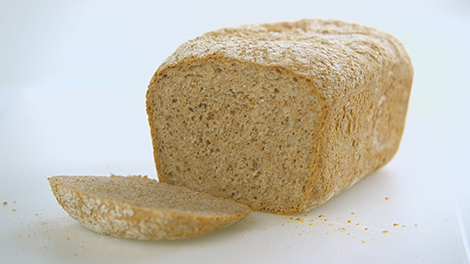 I’m afraid it’s a myth that breadmaking takes time. True, the bread itself needs its own time, but it will take only about 6-10 minutes of your actual time. I have come to the conclusion that it takes me less time than travelling to a really good baker and back. It is also a myth that breadmaking is difficult. One of the joys of making bread is that it needs so few ingredients; in fact, for a straightforward loaf, only four are required:

What the cook needs to know is that there are three types of wheat grain – hard, medium and soft, and the flour they yield will contain something called gluten. In order not to get too technical, gluten can be described as something like chewing gum. Soft grains produce ordinary chewing gum, which will stick somewhat, but hard grains produce something more like bubble gum, which means air can be incorporated and the gluten will stretch and expand into bubbles. Thus, when it comes to baking pastry, biscuits or cakes, what you need are very light textured, soft grains containing the chewing gum variety, but in bread, when the action of the yeast needs to rise the dough, you need hard wheat – the bubble-gum variety.

In our country plain flour is always made from soft grains, so this is the one for cakes, pastry and so on, whilst the one labelled strong flour, which has a high gluten content, is the one needed for most types of bread, although for something like a pizza dough, where you don’t need the dough to rise as much, a soft ordinary plain flour is, I think, better. So just think chewing gum or bubble gum and you’ve got your gluten sorted.

What happens here is the wheat grains are crushed and ground either between traditional milling stones or modern automatic rollers, but it’s the human skill of the miller – not the method – that determines the quality of the flour. A grain of wheat is made up of three components; the protective layers of outer casing called bran, the white starchy endosperm, and the germ, which contains oils, vitamins and protein.

Originally the whole wheat berries were ground into the flour, which, more correctly, should be called meal, hence wholemeal. Flour is the fine white powdery part that has had the bran layers and germ removed. Wholefood enthusiasts will say that white flour, having much of the goodness removed, is a refined produce and not a so-called healthy, whole one.

However, in my opinion we need both types, and thankfully the so-called healthy brown era, with its heavy brown pastries, cakes, pizzas et al has thankfully moved on and given way to a more balanced view on what is or isn’t healthy. So now both can be enjoyed equally and combined at times in certain recipes to give the required flavour and texture

This is simply a term used to describe soft flour to which raising agents have been added by the manufacturer.

This is usually water, though milk and buttermilk are sometimes used. The water should always be hand-hot, meaning you can hold your finger in it without discomfort. If the water is too hot it will kill the yeast.

For beginners this is now blissfully simple, because it’s powdered into something called easy-bake (or easy-blend); no mixing, no waiting for frothy heads and so on. All you do is sprinkle it in with the flour, and that’s all. Don’t forget to inspect the date stamps, though, because if it’s too old it won’t do its work.

Salt is an important ingredient in bread, but don’t use too much as it slows down the rising. But if you like a little more than I have included in my recipes, then allow a little extra rising time. I use sea salt flakes, which have no additives. In the kitchen sometimes the flakes are used just as they are. Or a pestle and mortar can be used for crushing pure sea salt flakes really finely, which I do when making bread. Some people omit salt altogether for health reasons; too much salt in a diet can exacerbate high blood pressure if this condition already exists. 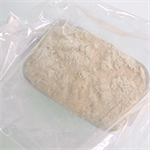 For our bread recipes in our cookery school there is no need to knead.

As for rising, we don’t need to go into the science of breadmaking, but when flour, water and yeast are introduced to each other, let’s say something magical occurs, and the mixture (which started out being a heavy lump of dough), if given the correct amount of time, will stretch and expand to twice its original volume. This process can be speeded up if the dough is put in a warm place, but the longer you leave it to rise naturally at room temperature, the better the bread. I now prefer to just leave it to rise naturally. One point, though; bread will also rise at a cold temperature, so if it’s more convenient, pop it in the lower part of the fridge and let it rise overnight, ready to bake in the morning.

What is "knocking back" and "proving"?

White bread dough is better if it has a second rise, as this give a more even texture. So now what happens is you punch, or knock out, all the air using your fist, shape the dough, place it in a tin and give it a second rise, which will be much quicker. The word ‘prove’ refers to this second rise, because you’re actually testing, or proving, that the yeast is still (we hope) alive and kicking.

Grease them well with butter first (for the Focaccia we use our Delia Online/Bake O Glide non-stick liner). Then, when bread is cooked, it’s most important to remove it from the tin to cool on a wire cooling tray. If you leave it in the tin or place it on a flat surface, it will become steamy and soggy. A cooling tray allows the air to circulate and ensure the crust stays crisp and crunchy. 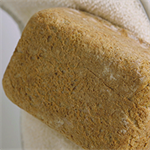 The way to test this is to turn the loaf out, holding it in a cloth, then give the underneath a sharp tap with your knuckles; if it’s cooked it will sound hollow and not dense. Remember, it’s always better to overbake rather than underbake bread. Because I like an extra crunchy crust, for loaves made in a loaf tin I always put the loaf back in the oven without its tin for 5-10 minutes to crisp up the underneath and sides, so if you do this it will ensure the loaf is cooked through.