Richly coloured and redolent with flavours of a land unique in its blend of history and mystery, Marsala's discovery was purely accidental. Delia travels to Sicily to discover the origins of a favourite ingredient.

This feature first appeared in Sainsbury's: The Magazine.

Imagine a recipe that goes something like this: first take some very rich, fertile soil that happens to be in a strategic position – a place where most of the seafaring world passes by, pops in or conquers and settles at various stages of history. So the recipe reads: begin by bringing in some Ancient Greeks to plant their vines and olives; then from Ancient Rome bring in wheat, corn and other grains; add to that citrus groves and rice fields from Arabia, along with a generous import of exotic spices, coupled with trees that grow sweet almonds and pistachio nuts. Some ripe, red tomatoes planted by Spaniards are also a great addition here. Now all you need to do is mix it together well and wait a few centuries while it grows, develops and flourishes, and what you end up with is a Mediterranean island (the largest), a mere 140 kilometres from the coast of North Africa. 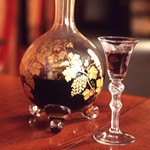 Enter Sicily, so uniquely positioned on the world stage that it has become a melting pot of race, tradition and culture. And because for the past 100 years it has settled down to become a region of Italy, it offers not only all the glories of that nation's cuisine but something of the rest of the world's cooking tradition thrown in, which gives Sicily its very own unique culinary identity. 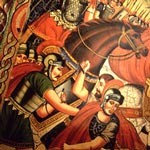 What you first catch sight of from the air are its dark and mysterious mountains. Geologically it's a separate section of a continuous chain involving the Appennino mountains to the north and the great Atlas mountains of North Africa to the south. There are long coastal plains, but sometimes the great mountains drop straight down into the sea, which by contrast sparkles vivaciously and for some reason seems to have its own special colour – as if dark sapphires and pale aquamarines have somehow been combined. Sicily is without doubt a land of contrasts, and if the dark, smouldering presence of Europe's largest volcano, Mount Etna, reminds you that this is the land of The Godfather, then the sea, the beauty of the landscape, the flowers and the gentle nobility of a people with a passion for wine, food and celebration will almost banish it from your mind. 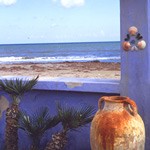 My visit to Sicily, though, was not to indulge myself in the legacy of architecture and multiculture but to become more familiar with its most famous wine – a very special wine that over the past couple of centuries has become equally famous and much-loved as an ingredient. Marsala is a warm ebony-brown colour, with hints of gold that catch the light. The flavour is not like any other: it's rich and dark, with a hint of caramel but, like Sicily itself, seems to be a mysterious combination of exotic flavours and influences. 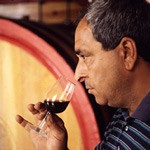 But what is it? Where did it come from? To find out we drove from Palermo to Marsala itself – a small town that sprawls round a shallow lagoon at the closest point of Italy to Africa, which is just 85 miles away.

We are guests of the Pellegrino family, who have made some of the finest Marsala for three generations. The most surprising thing we discover about the history of this amazing wine is that it was invented – wait for it – by an Englishman.

Yes, it's true. His name was John Woodhouse, a great wine connoisseur with a special love for Sicily. In 1773 he landed in Marsala, tasted the local wines and knew there would be a market for them in Britain. He began to make wine from the vines that flourished in this area, which boasts the hottest summers and the warmest winters in all Italy. In order to export his rather special wine back to England, he added some alcohol to it to help it survive the long sea voyage. The wine responded to this fortification so favourably that he then set about producing a fortified wine which he felt could rival both sherry and Madeira in the European market. 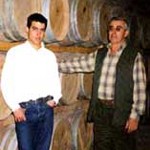 For some years the trade was developed by other English merchants, including John Whittaker (whose handwritten papers are now in the care of the Pellegrino family and meticulously bound into volumes). In 1880 a local notary, Paolo Pellegrino, founded his winery – and a new dynasty. Now 121 years later the Pellegrino family are still making Marsala in much the same way as the pioneers did, carefully and skilfully blending and maturing to produce a perfect balance and flavour. 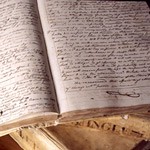 As we drive to the winery it's quite evident that Marsala is not a tourist resort – there's only one commercial hotel – but what's equally evident is that winemaking dominates people's lives. Every other vehicle is either a wine tanker or carriage loaded with barrels or a trailer filled with rattling bottles. Because it's late September, some are piled high with freshly picked grapes, so you can almost smell the wine in the air.

The Cantina Pellegrino is directly opposite the family mansion, which is a beautiful and stately terracotta villa with avenues of palm trees and Italianate statues. The winery itself is built around a courtyard, where today we are lucky enough to be able to watch the age-old skills of local coopers who are banging away, coaxing iron hoops round the oak panels to make traditional barrels. Inside the cellars the rows of barrels themselves – some small, some huge and imposing – remind me of abstract works of art sitting in the cool, hushed atmosphere, giving a mysterious expression to something. As we move through from one area to another, all around us are attractive museum pieces – a colourful, hand-painted wooden cart that once carried grapes; an old wine press – everywhere there is evidence of a great love and pride in the whole tradition of winemaking. 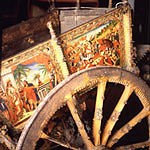 Marsala is made mostly from two grape varieties: grillo and catarratto. Because it is a DOC wine, strict rules have to be observed, so every single grape must be picked only within the district and it has to have a sugar content of 18 per cent. The grapes are very small and, later on, in the vineyards, I get to taste their extreme sweetness; in fact it's almost impossible to stop eating them! Apparently, if you grow fewer vines per hectare than you would for an ordinary table wine, you get the sweeter grapes that are essential for Marsala. The recipe for the grapes includes a lot of hot sunshine and a minimum of water (the vines are usually watered only once), with the result that the sugar and flavour in the grapes is very concentrated. 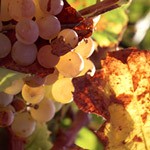 When the grapes come in from the vineyards they are first crushed, and the juice obtained from everything, including skins and crushed stems (the 'must'), is then cooked. The skills employed in this process are crucial, as is the control of the fermentation process, which the winemaker determines by arresting the fermentation at precisely the right moment by the addition of alcohol or brandy, which immediately kills the yeasts. 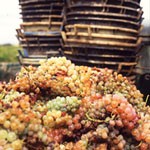 The wine is then stored in oak – all of it for a minimum of two years – and some of it goes on to be blended by the solera method, which is essentially the continual topping-up of very aged wine with new wine to give a blend of quality and flavour that only the winemaker's skill can produce. 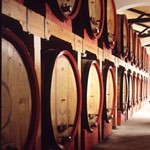 After the cantina we head for the vineyards, where teams of pickers with sun-creased faces are collecting the last loads of the day before a sudden shower puts paid to their work. In this vineyard we come across an agronomist who happens to be out inspecting some vines, and he gives us the final word on what makes Marsala so special. 'Here in this part of Sicily we have an old proverb that says, “the vine cultivated in the sirocco [wind] is the best”. We have a particular microclimate here. Marsala is a windy place and the sirocco takes the moisture off the grapes and keeps them dry. When you take away the humidity from the grapes, you remove the fungus and bacteria that cause disease.' 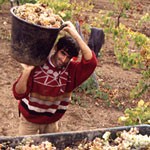 As he speaks I am pushing more and more grapes into my mouth, marvelling at their sweetness. They have a special beauty, too, for as the late-afternoon Sicilian sunlight penetrates the vines, they almost look as if they have been lit from the inside.

I am glad to have observed one of my favourite ingredients in the making and will, I know, appreciate having a little bit of the charm of Sicily ever present in my home. For me, it's perhaps the nicest dessert wine of all because its distinctive character and flavour always holds its own over other dominant flavours. It's equally heavenly sipped either all on its own or with some langue de chat biscuits or brandy snaps. As an ingredient the possibilities are endless, and here I offer you two classic Sicilian recipes: scaloppine alla marsala – Escalopes of Veal in Marsala – and, the most famous of all, Zabaglione. 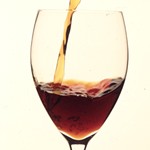