It is the forequarter meat on an animal that’s usually the most suitable for stewing and braising – everything from the waist up.

Without becoming too technical, it is the front portion that initiates the movements of the animal and therefore works harder than the back portion. This means there is more muscle there, and more of something called connective tissue, a gelatinous surface which builds up as the animal matures. Conveniently, there is also rather more fat marbling the forequarter meat, so that during the 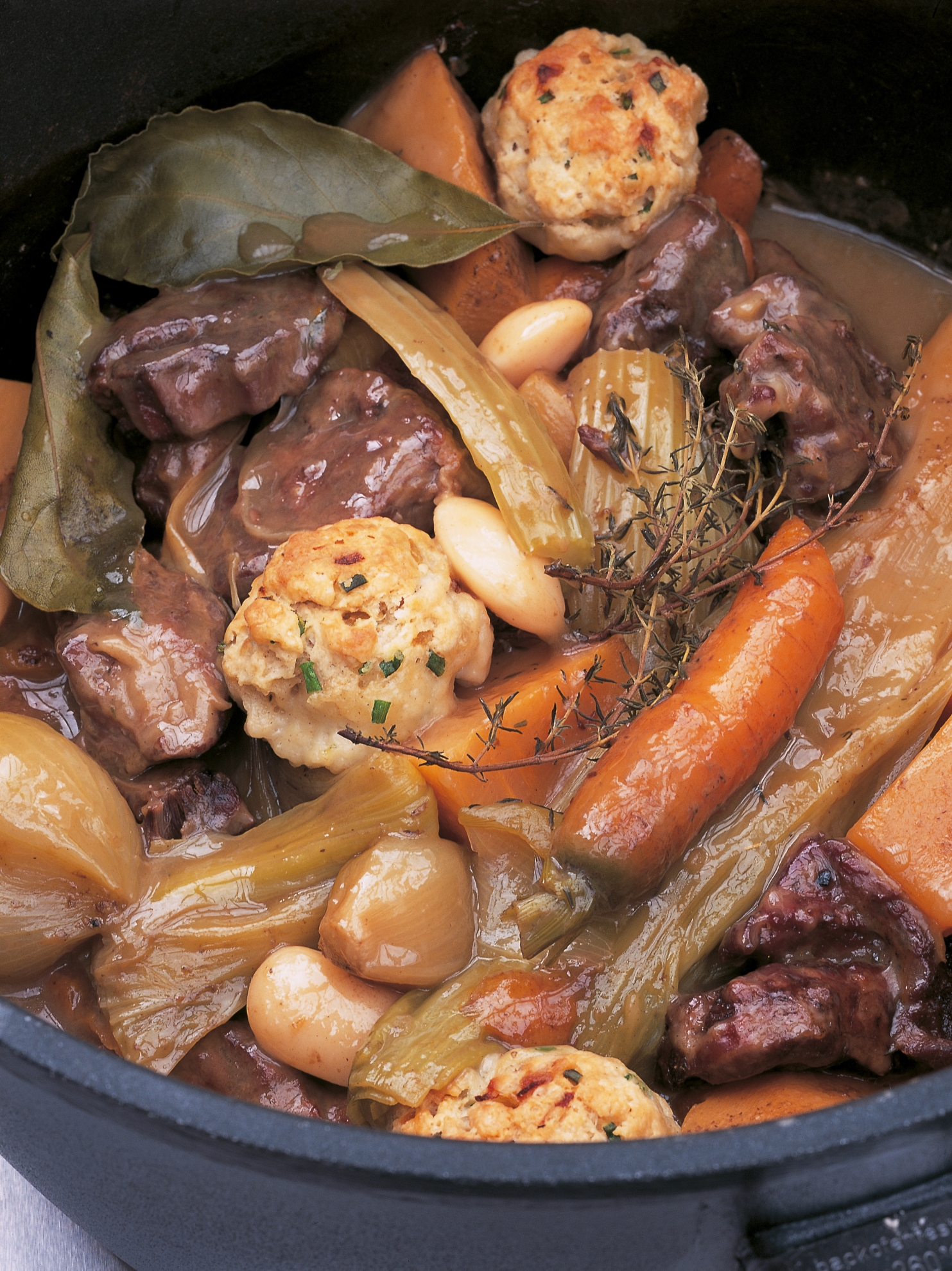 longer, slower cooking that’s needed for these cuts, there is a gradual rendering-down of the connective tissue (which provides flavour and body to the sauce), and at the same time an internal basting of the meat fibres by the marbling of fat. This does a splendid job of keeping the meat succulent, and (because there’s a good deal of flavour in the fat itself) explains why forequarter meat develops flavour as it cooks.

In short, these factors perhaps explain why so often the cheaper cuts of, say, leg and shin beef, given longer cooking, have a beefier flavour than the more expensive hind-quarter cuts: a very slow-cooked piece of shin actually has more beef flavour than a grilled fillet steak.

I find certain cuts of so-called stewing steak better for some dishes than for others, so that in all my recipes I name the cut – and suggest you always ask for it by name too. Unidentified stewing, or braising, steak can often be a mixture and can cook unevenly, I’ve found. Below is a list of the cuts that are suitable for braising and stewing; these cuts are always from the same part of the animal’s anatomy but, confusingly, the way they’re cut varies from region to region. The names vary even more – in fact one cut (I call it thick flank) has some 27 different names up and down the country!

My own favourite cut for braising is, where I live in East Anglia, called chuck and blade steak. In other regions it can be called shoulder, which is exactly where it is. If you want large pieces of meat rather than cubes, thick flank is suitable: actually from the hind-quarters and called round or flesh end in Scotland or bedpiece elsewhere.

Beef skirt is an internal cut taken from below the diaphragm of the animal. It is, however, an excellent cut for braising, and one end can even be grilled if scored across the grain and tenderised by marinating before cooking. 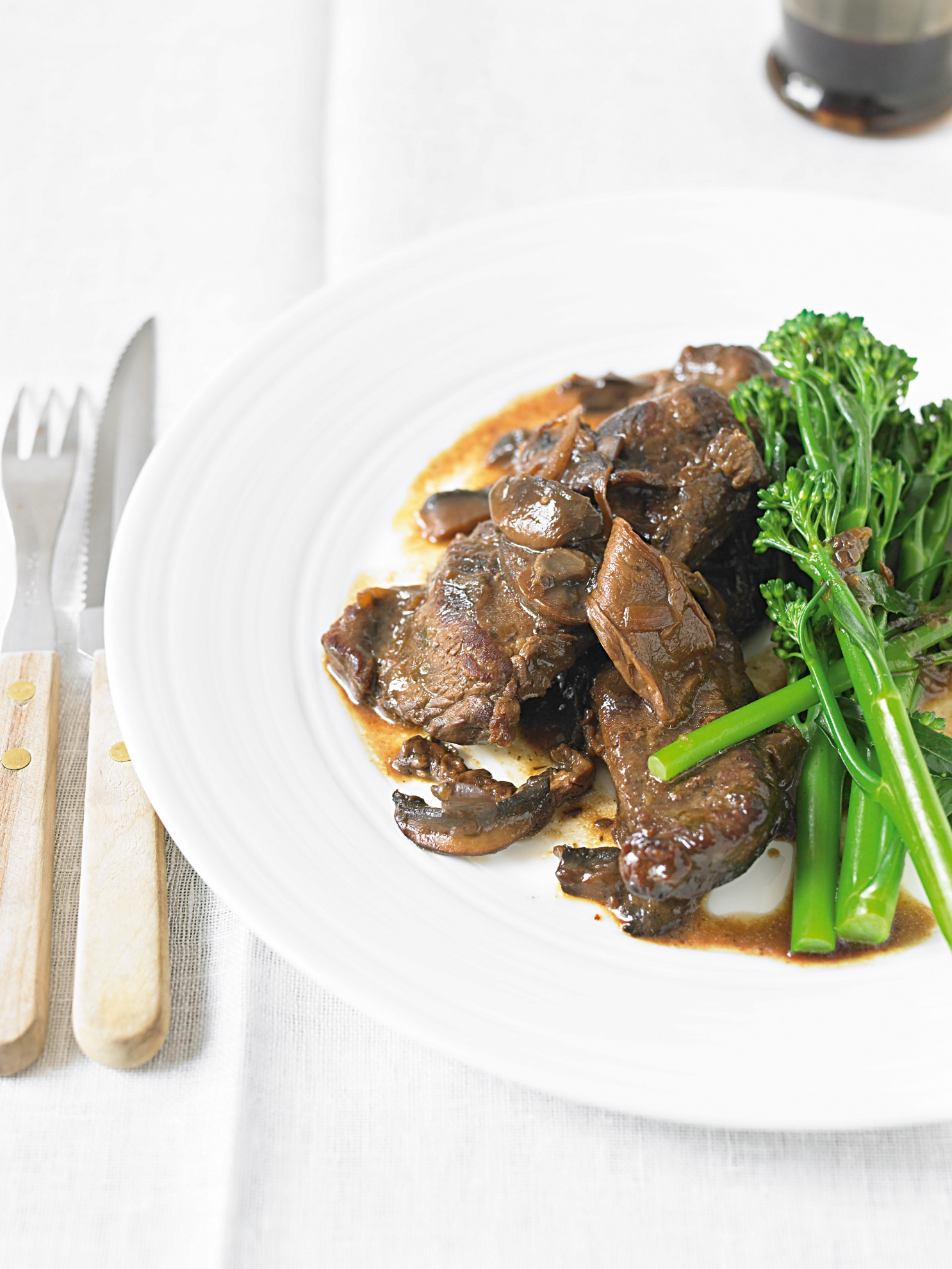 Stewing beef
Next come stewing cuts from the neck and clod. These are accorded some undignified titles such as sticking, or in Scotland gullet, or in the North vein or sloat! Also suitable for stewing is thin flank, sometimes just called flank.

Both the leg and shin provide excellent stewing meat, with an exceptionally good flavour. But because of the extra amount of connective tissue these cuts need much longer stewing than any of the other cuts of beef I have mentioned and they are not suitable for braising.

Lamb
For stewing, middle neck or scrag end of neck are generally used as the bones impart delicious juices to the liquid. Also best end of neck chops are ideal for braising (as in Lancashire Hotpot). In Scotland these are called single loin chops and in the Midlands simply cutlets. Both these shoulder cuts will also roast.

Pork
Pork for braising usually comes from the region of the shoulder. The upper part is called either shoulder or spare rib. The lower part of the shoulder is known as hand and spring.