I am writing this enjoying the hospitality of the Brothers in Oxford.  The weather is somewhat different from what I left in Zapallal.

2019 was a Jubilee year commemorating the 300th anniversary of death of our Founder, St John Baptist De La Salle.  On 30th November we celebrated the end of the Jubilee with a mass at our school in Lima.  A lovely chapel.  The main celebrant was a former pupil of the school – an archbishop no less.  He obviously was very happy to be back on home ground. The next day we celebrated the confirmation of 30 of our pupils.  Again this was an in-family occasion as the priest was the brother of a Brother who had previously taught at the school.

The beginning of Advent saw a lovely crib in the school grounds which really could only be appreciated in the darkness of night, so only residents such as myself got the full benefit of the lights.  The Christmas preparations in the library took a little longer.  The people love lights, so different styles and colours were put up all round the library, including several small cribs.  Some with figures less than an inch high. 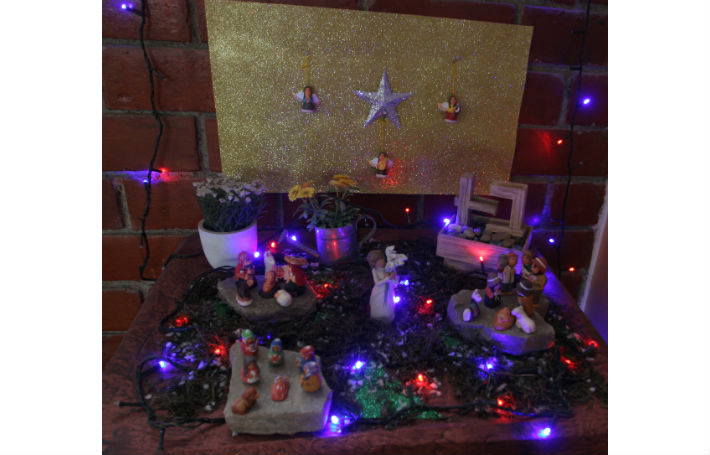 The main crib this year had a type of wooden frame that allowed easier positioning of lights and the flying angels.  Another common aspect here is the number of animals in the cribs.  Llamas are very popular besides the sheep, ox, donkey etc.  A couple of 5th year pupils made buildings to represent Bethlehem and the whole effect was very pleasing. 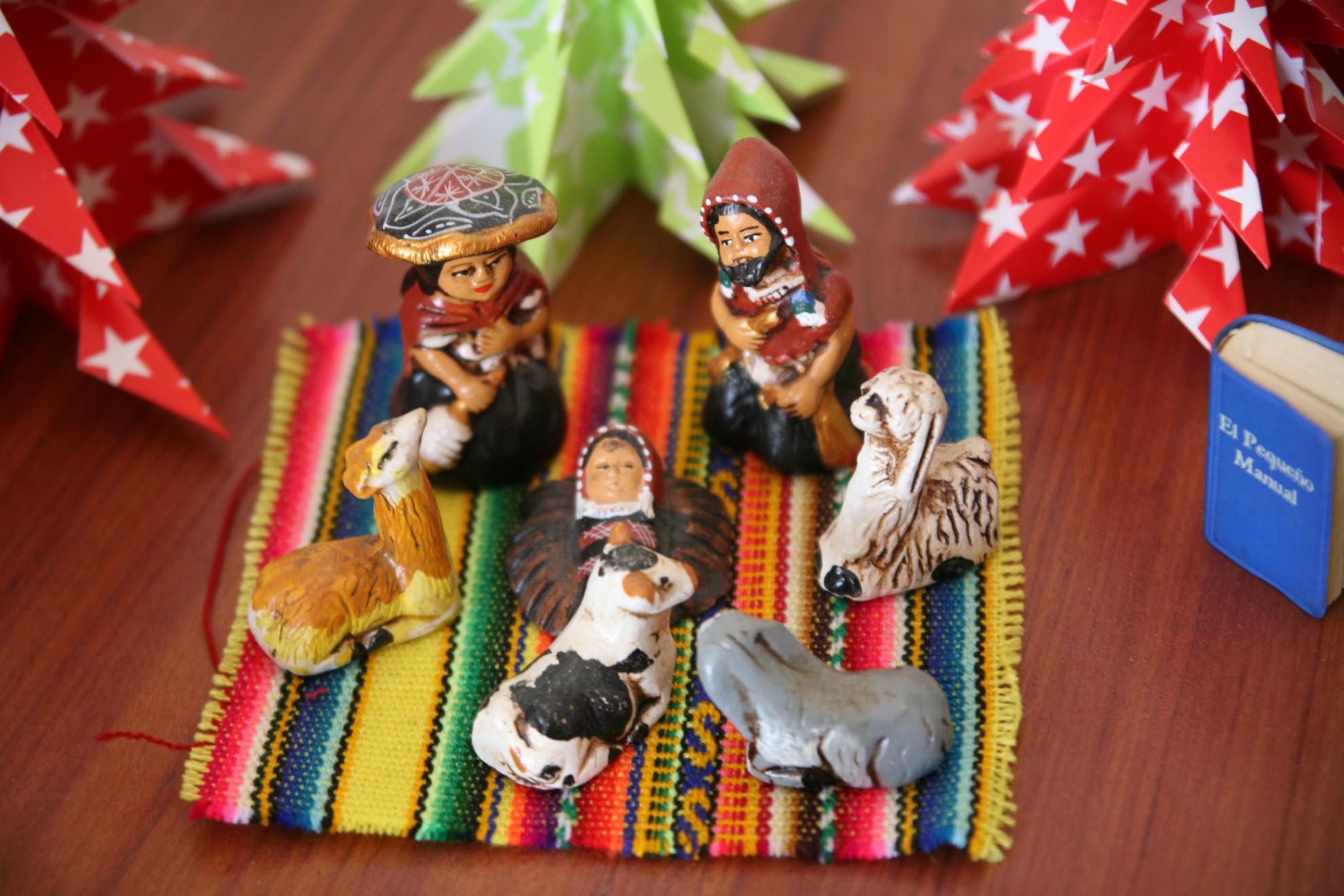 It is obligatory to have an election for the school council (municipio) and this follows the same process as for general elections – identity document, signatures, fingerprint.  The actual voting was done using computers.  On 9th the three parties delivered their manifesto – much the same promises and guarantees.  The telling thing really is the popularity of the people in the party.  The next day the elections were held, excellently managed by the 5th year.  The next day we had the results.  Personally I think they chose the best team, certainly the most articulate ‘mayor’

On 13th 90 4th and 5th year pupils from our two schools in Lima and from ours got together at our school to prepare for the Lasallian Christmas when they were due to visit four very poor local communities with presents, food and entertainment the next day.  They were a very good set of young people who blended together very well.  They came back from their visits pleased to have helped and chastened by the poverty they saw, especially those from the Lima schools. 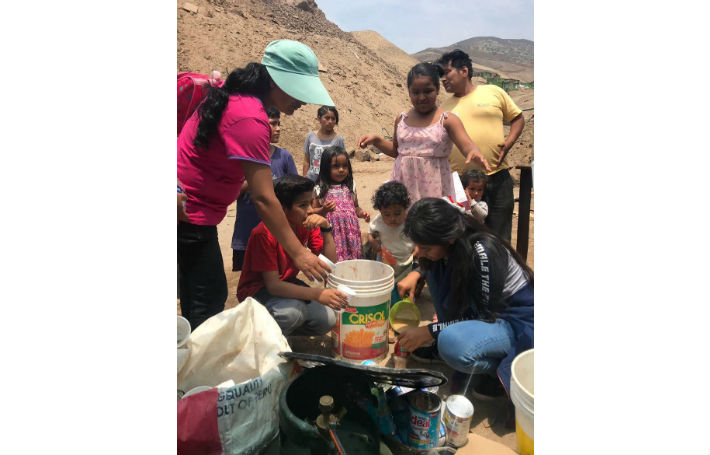 On 16th we had our Day of Achievement – again obligatory – when parents are invited to see the various classes and workshops in action.  It was very well organised with 5th years acting as guides to the different groups.  On the whole the attendance was not very good, as for every year and the parents of primary pupils dominated.  The groups visited all the presentations but it was obvious, again as always, that they were really interested only in the parts that involved their own children.

On the afternoon of 18th the school was closed to allow the fumigation of the premises.  The prime targets were midges that were superabundant.  They are vicious creatures that give a nasty bite.  The team was due to start about 2.30.   They turned up at 4.30 and said their work hours were up to 5, so very little was done – and the midges celebrated!

It is a tradition for the 4th years to hold a get-together to wish goodbye to the 5th year.  There are speeches, presents and food.  Despite all the good will in the world, it was (and always was) obvious that there was not a lot of love lost between the two groups: the 4th year especially pleased to be about to become the seniors in the school. Friday 20th was the last day of classes, so after break all classes adjourned to their form rooms to have a celebration – music, presents, food. 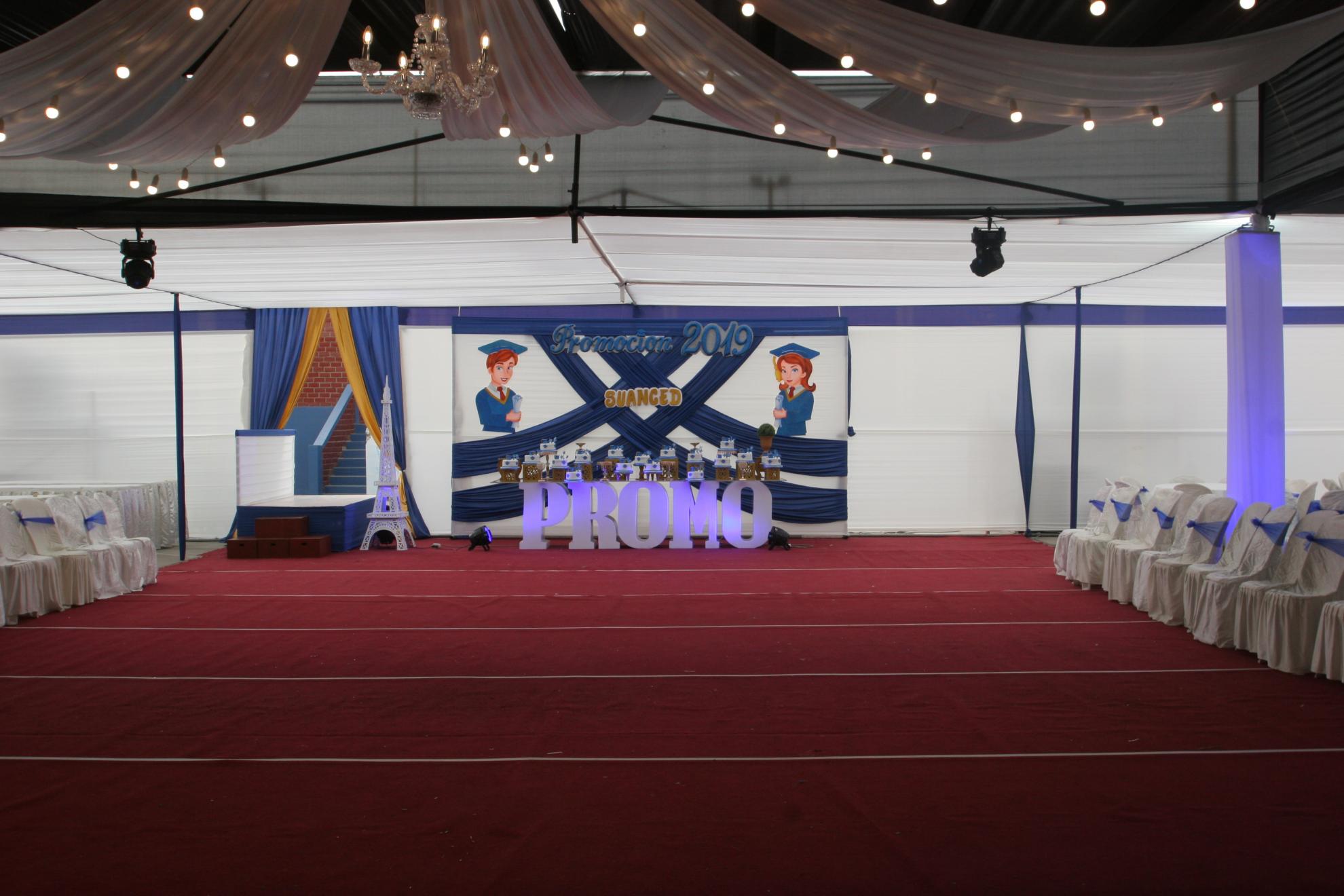 The big event of the month was the fiesta of the 5th years.  This was held in the school in a very attractive toldo.  Don’t know what word to use in English as marquee does not fit the bill.  It was a lovely occasion with the participants looking very elegant.  It’s very easy and cheap to hire dresses and suits.  As in all celebrations, dancing went on till 4.30 am.  I spent a lot of the next day sorting out the 100s of photos I had taken. 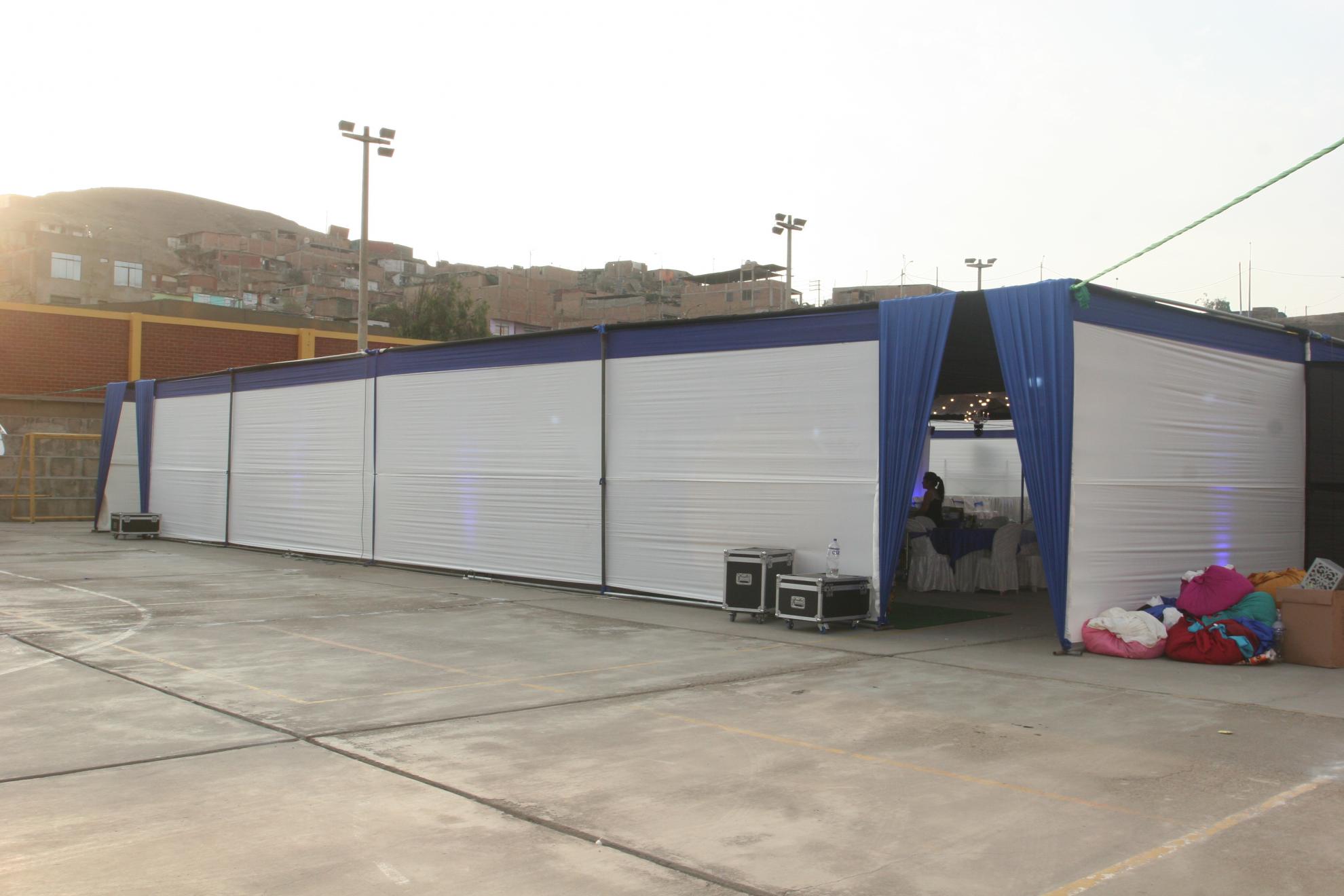 The staff were in school on 23rd and, apart from some paperwork, the morning was taken up with a chocolatada -   hot chocolate and paneton.  There was a short prayer service and then the teachers, in groups, had to earn their chocolatada by re-enacting a Christmas carol.  There seem to be few common carols so there was quite a bit of repetition.  The staff threw themselves wholeheartedly in to the performances.  There was no attendance on 24th or 26th.  On 27th the staff were in school mainly to deal with all the forms the authorities demand.

On 30th we had the official closure of the school year.   The Head gave a resume of the year and then there were various certificates for sport, the first three places in class or in the workshops.  The main certificates were for the first ten places in the 5th year.  These are based on the accumulation of the final marks of each of the five years of secondary school.  In some cases, these can lead to university scholarships or help when applying for further education.

After the ceremony the 5th year gathered in the library where we had reminiscences of time in school, nibbles and drinks and just pleasant company.  Many a tear was shed, especially when I referred to them as past pupils.

The next two days were spent in removing and storing all the Christmas decorations etc. not only because I would be going to England but because workmen were due to remove the windows on one side of the library to replace them with more modern ones.  I hope it will all be completed by the time I get back.

May I offer my thanks for your continued interest and wish you all blessings for 2020.