I write this on a slightly overcast, muggy afternoon.  Recently the afternoons have been hot, when only a few days previously there had been quite wet mornings.  It keeps people guessing what to wear.

8th October is a national holiday, commemorating a famous battle and so no classes.  However groups of former pupils came to the school to take part in a friendly basketball competition.  It was an enjoyable day. Pupils from our technical workshops went to the National University of Callao to take part in a science/technical exhibition.  The pupils acquitted themselves well but the general organisation was poor – groups having to go into the university to find tables for their exhibits.

On 16th October,  40+ pupils celebrated their First Communion.  It was a lovely occasion with the priest, connected with Fe y Alegría, hitting just the right note.  It was a hot day but no one seemed to mind.  Later we started our inter-class volleyball competition, again very partisan, fiercely competitive.

We celebrated the 28th anniversary of the school with a mass.  The band of the national police came to add to the solemnity.  The pupils then went home and the teachers took part in some very interesting and challenging games.  After all the effort, there was a good lunch, followed inevitably with dancing for quite some time.

The school was full of music for several weeks as year groups prepared for the folkdancing competition.  Saturdays and Sundays were taken up all day with practices, the former pupils going on beyond 11.00 pm

1st November, All Saints, was another national holiday and again the former pupils took advantage to have more practices and again until late at night.  Saturday and Sunday followed the same pattern.

Lots of work was put in to preparing the coliseum for the dances and again more late night practices.

Saturday 9th was strangely quiet in the school as there were no practices, but the groups still went to practise in the various spaces in the surrounding barrios.

The dances “AYLLUKUSUNCHIS”, “United as a Family “ started on 10th with all the participants processing in all their finery in the neighbouring streets.  They returned to school; there was the inauguration and the dances began. 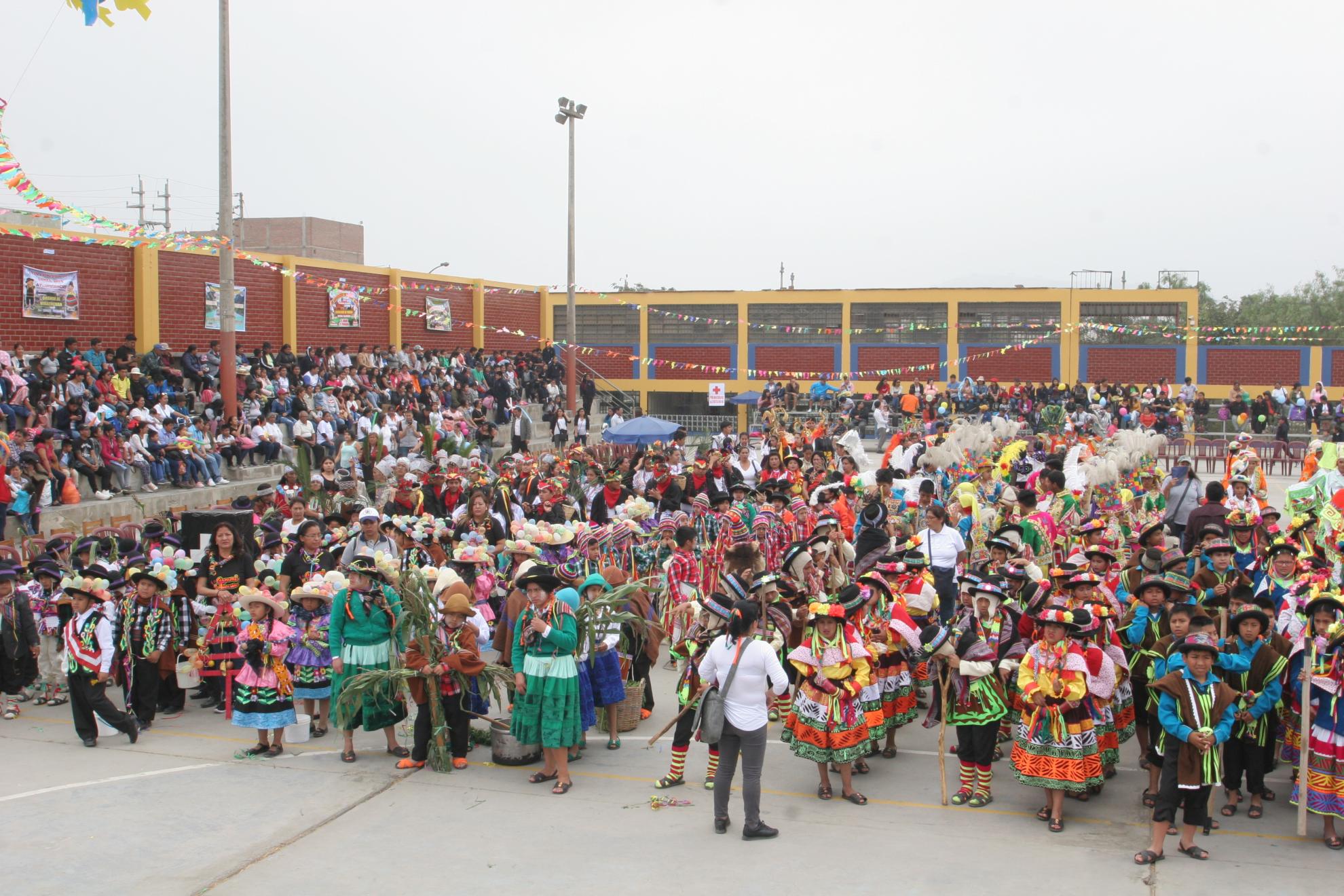 It was a competition, hence all the practices and the strained faces of the various trainers.  The judges came from the National School of Folk Dancing, so they knew what they were looking for.  There were three of them in three different places and it was interesting to see when they simultaneously showed their marks at the end of each dance how close they were, usually just two or three marks different. 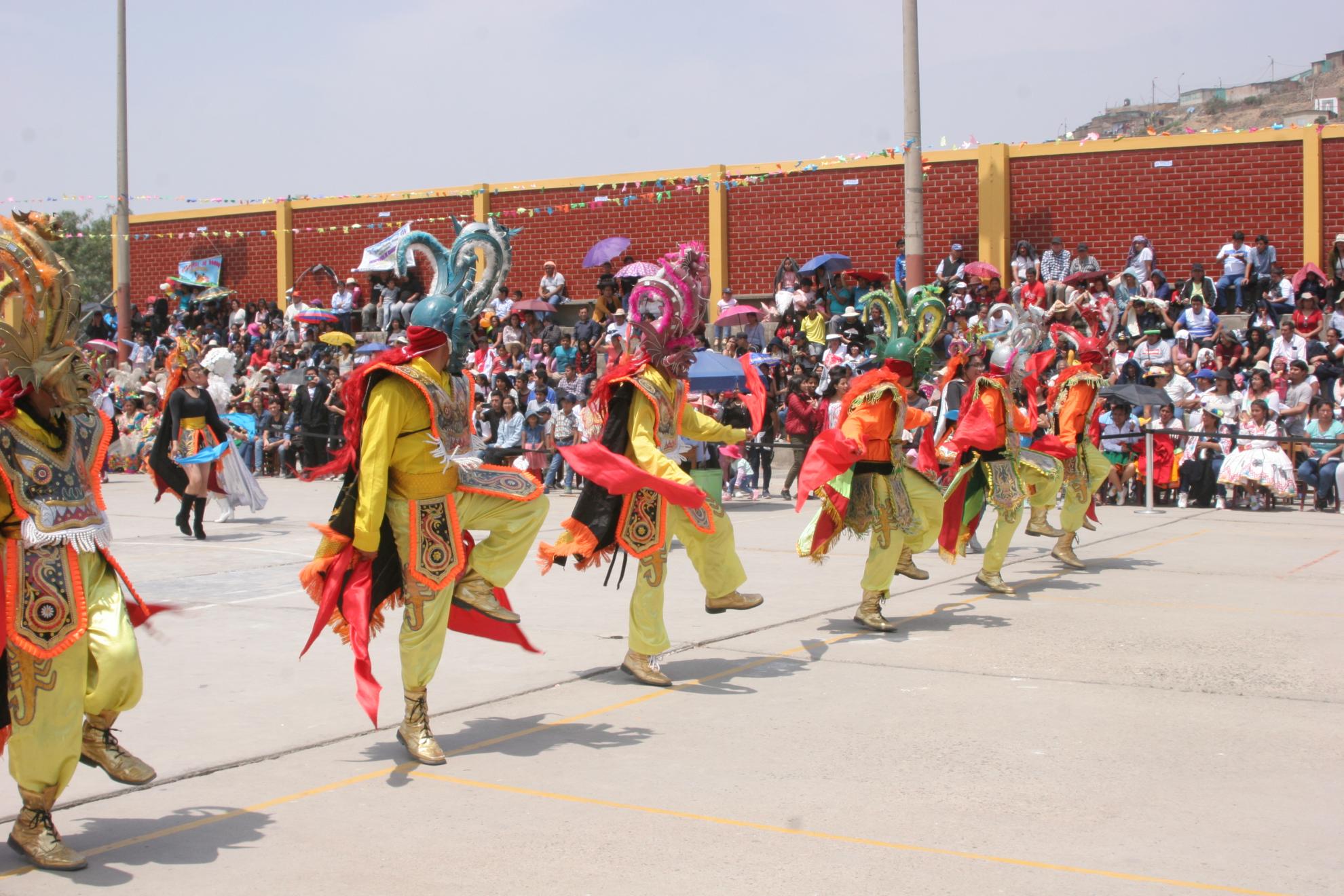 The marks were out of three hundred so there was plenty of room for a wide range of marks.  There were different categories based on age range, with specified types of dances, except for the 14 former pupils’ promociones, who had free choice.

It was a very good exhibition of talent, hard work, imagination, enjoyment.  It was very colourful with some of the costumes being particularly striking.  The event was very well organised and finished about 4.30 with winning groups being named.  There obviously was disappointment but in general the winners were deserving.  I felt sorry for the 5th year who were top in their category for the dance but lost points because two of the group were late for the procession through the streets and so they came second.  The cleaning and tidying up were done quickly and efficiently.  Everyone connected in whatever manner could be proud of the day.

Monday was a day off because Sunday had been considered a school day with obligatory attendance. On Tuesday at 4,45 pm there was a loud rumbling followed by a very powerful bang and within a few seconds there was a repeat, as the school shook with the earth tremor.  The buildings were very quickly evacuated.  Many of the pupils were very scared.  The epicentre was about 30 kms from us.  There have been no reports of injuries.

There in not much left of the school year with Advent soon upon us.  I hope it will be a time of grace for all. 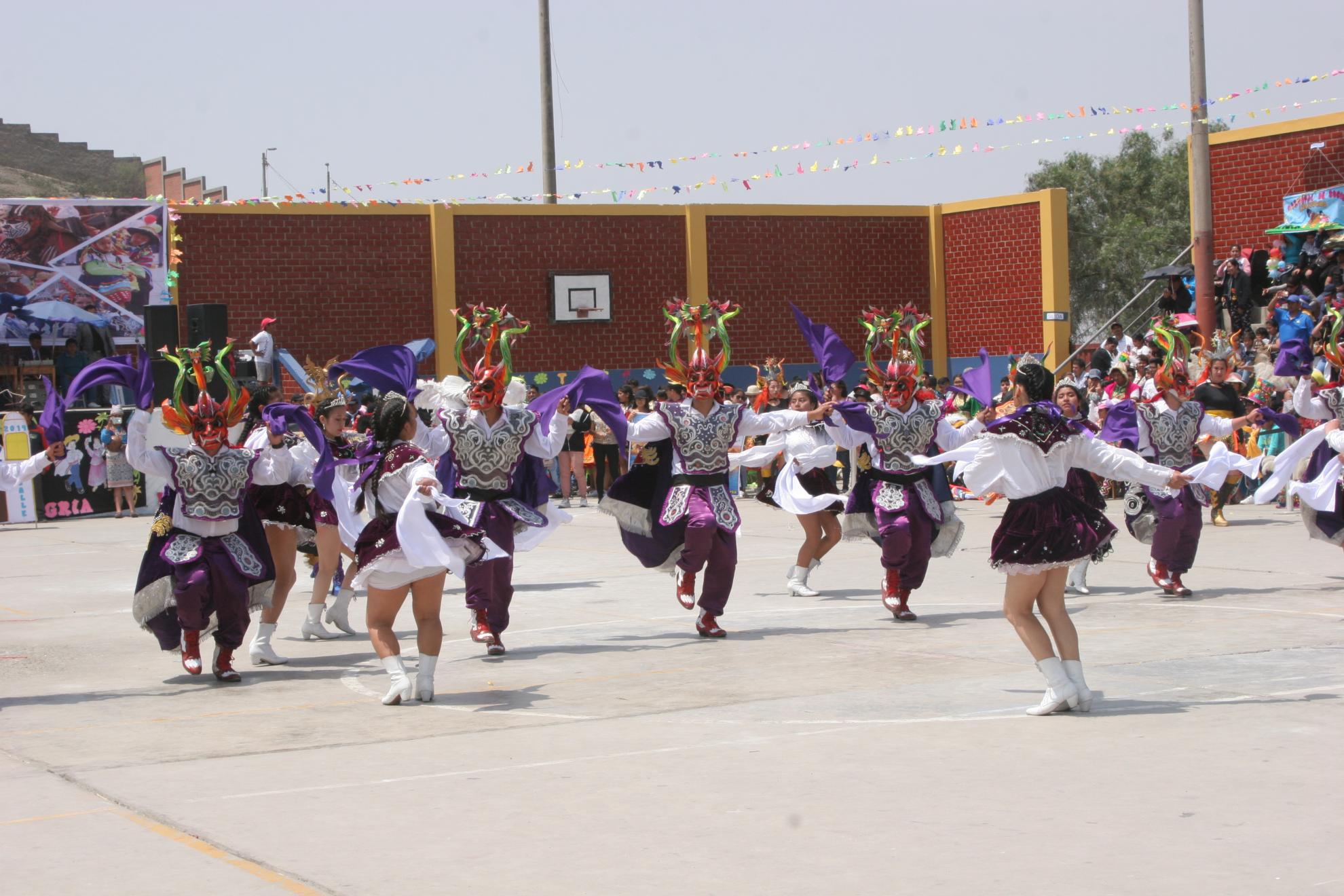