On 13th we started the Lasallian Week in honour of our founder Saint John Baptist De La Salle, recalling his life and his great service to thousands of pupils around the world.  There was a lot of art work and written work.  On his actual feast day (15th) we had two masses for the two sections of the school.  They both were quite prayerful occasions and the priest certainly struck the right note with the younger pupils. After each mass there were games based on forms, so the competition was fierce. The baileton – a sort of dance marathon was particularly good, though I didn’t agree with the judges´ decision.  The Parents` Association provided prizes for the winners. 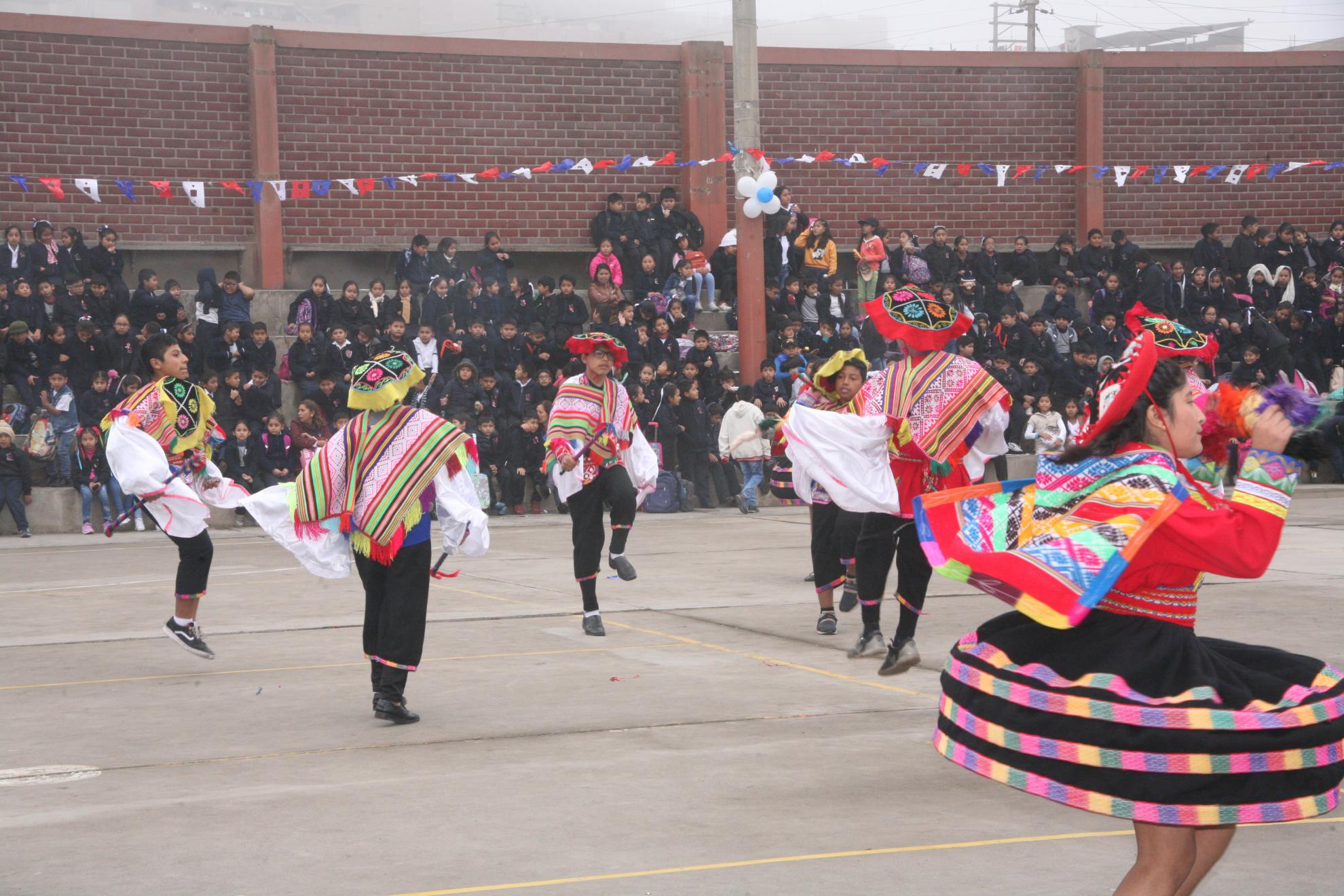 On 26th at 2.40 am there was a long earth tremor, 7.5 on the scale.  On 30th there were two national earthquake drills, including gathering all the pupils in ‘a safe place’ and engaging in various activities to divert  their minds from anxiety.  There were the full works with treatment being given to the ‘injured’. 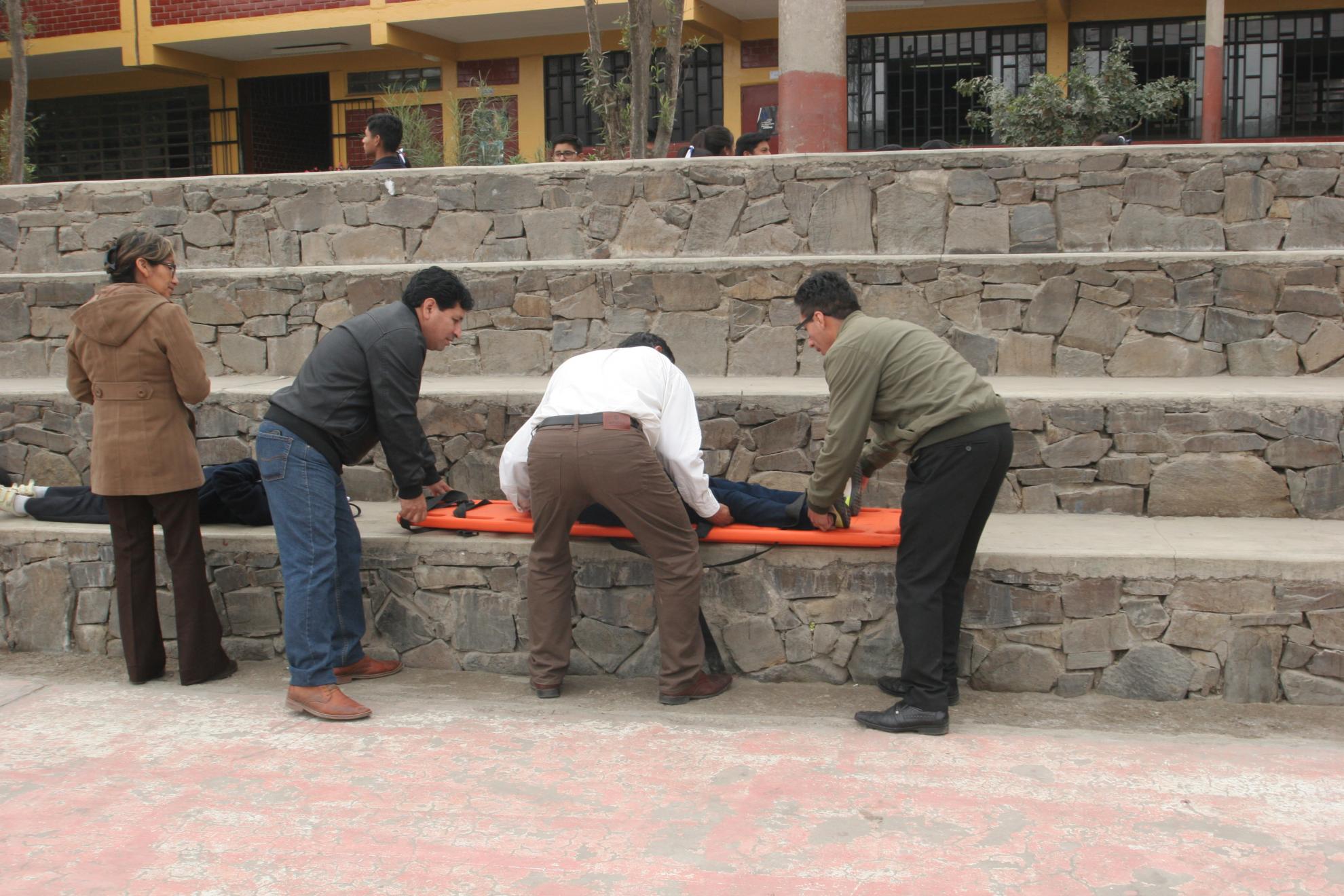 Father’s Day was celebrated on 14th – a pale image of Mother’s Day. Really the only celebration was a lunch for all the staff, including types of party games, prizes and hampers.

Football dominated the more recent days as it was the time of the Copa America. The semi-final of Peru v Chile almost brought the country to a standstill.  I didn’t watch the match but in my room I could tell by the cheers from thousands of houses that Peru had won – 3-0.  Peru was in its first final of the Cup since 1975 so feelings were high.  Their opponents were Brazil who had beaten them previously in a preliminary round 5-0.   Hopes were high but it was not to be as they lost 3-1 but had still done themselves proud.

On 5th we celebrated the Day of the Teacher.  The weather was at first damp and grey but it improved in time for the actual celebration.  After the opening words the programme of dances, songs and declamation began. There was plenty of colour and energy – a fitting tribute to the hard work of the teachers. 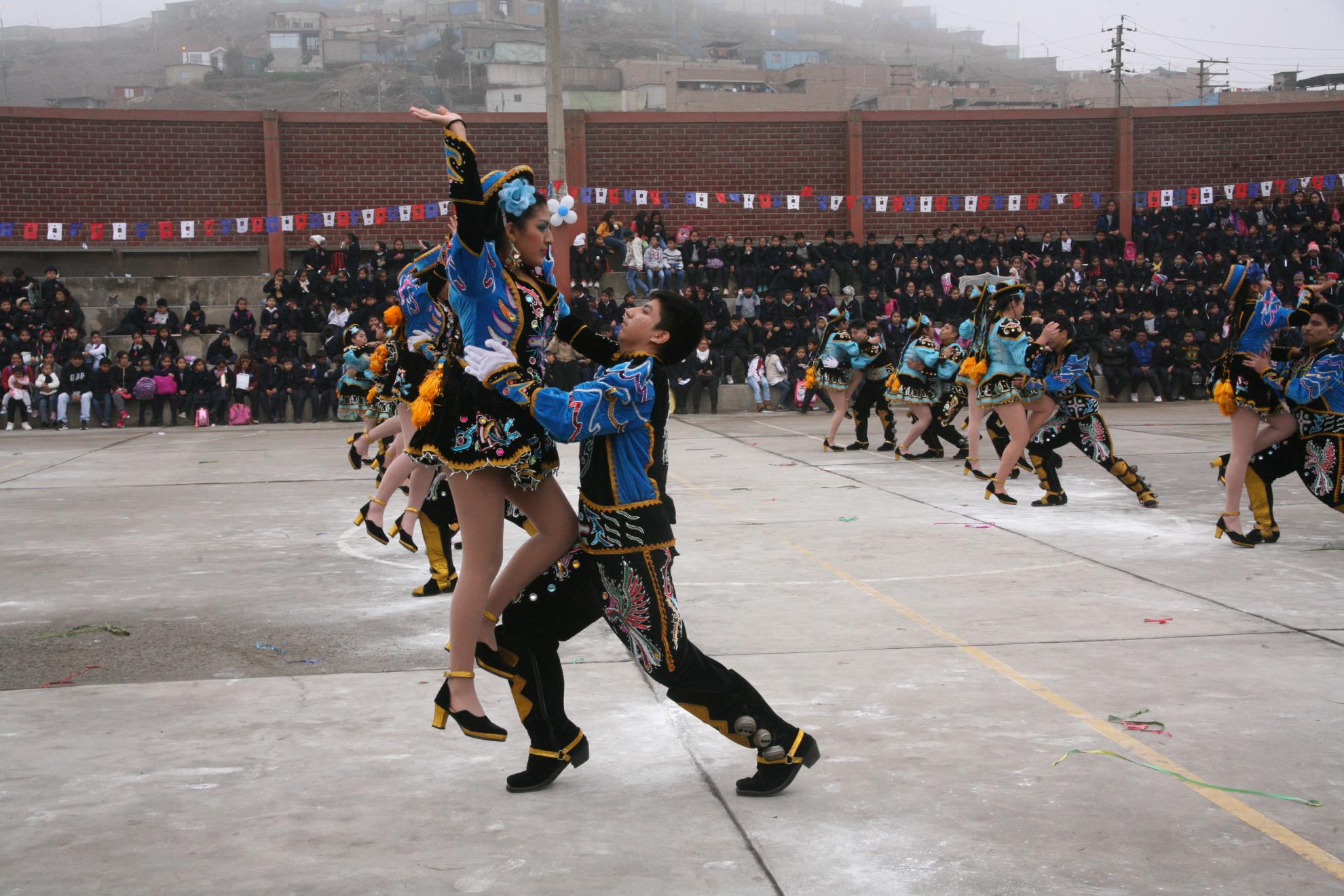 After the celebration all the staff went to a local restaurant for lunch and dancing in the company of staffs from seven other schools.  When I left everyone seemed quite happy.

As I write this, all the pupils of the secondary section are doing a national evaluation maths test.  The peace is quite pleasant.  I’m not sure if some of them knew the exam was going to place as they wondered why recreation had been brought forward.

At this time there is a collection for foodstuffs and clothing to help the people of five poor communities in the mountains who will be the hosts for selected pupils from all our schools for the two weeks of their holidays. They will live and work with the local people.  The competition to get on the misión is keen despite the fact that conditions are tough and the work hard.  Prayers for all the people involved would be welcome.

The weather is confusing everyone.  There are days of this ‘invisible’ rain that wets everything and then there can be afternoons with sun followed by cold evenings and winter has just started.

I believe conditions are better with you.

As always, thank you for your interest.  May you all have a lovely summer break.