May News from Zapallal

I write this on a rather dull, chilly morning which is the norm at the moment but if it follows previous days it will be quite hot later in the morning and into the afternoon.

On the Wednesday of Holy Week we had the Via Crucis – Stations of the Cross – in the morning for the secondary pupils and in the afternoon for the primary. Both were very respectful and prayerful.

In the evening, staff and 30 5th year pupils went to our school in Lima for a mass and get-together of the Lasallian family to welcome Brother Robert, the Superior General of the Brothers, who had come from Rome and was on his way to Bolivia for the celebrations to mark the centenary of the arrival of the Brothers in that country.  After the mass and some words from Brother Robert there was a very splendid buffet and a chance to mingle and take loads of photos.  I don’t know how Brother could keep smiling all the time as everyone wanted a photo with him.

Maundy Thursday and Good Friday were our ‘Easter’ holidays, so no school.  In the early evening of Thursday, some 4th and 5th year representatives from our three Lima schools met together for the Holy Week triduum .  I went back on the Friday and Saturday to be with them.  I was impressed with the friendship, enthusiasm and devotion of these young people who had willingly given up their holidays to take part. Thursday and Saturday meant late departures from Lima for me.  I learned from Thursday´s efforts how difficult it was to get a bus at that time of night at the normal bus stop, so on Saturday I got a taxi to a more central location which was very busy and full of buses.  The taxi driver slotted in to a spot for the buses and inevitably, a policeman appeared but before he could do anything the driver said, “Look at the abuelito (grandfather) and he’s handicapped.”  So we were allowed to continue.  White hair has its advantages!

Later in the month we had two obligatory earthquake drills as part of a national campaign.  The pupils responded very well and we had ‘injured’ and ‘shocked’ casualties.

At the last school assembly of the month, there was a police presence to inaugurate BAPE – Brigada de Autoprotección Escolar. About a dozen mums were sworn in and given jackets and caps.  It`s a scheme to encourage awareness as regards safety of persons and belongings. The head policeman had a very powerful voice and when he used the microphone it was almost impossible to understand him.

May 1st is a national holiday but it was hard to believe in the local town as it was business as usual, especially with anything connected with Mother’s Day.  On 6th of the month we had the ‘Mass of the Month’ commemorating the death of Brother Paul.  This mass is a very big custom here.  As yet nothing official has been reported by the police on Paul’s death.

The second Sunday of May is Mother´s Day here and a very important event – witness the shops!  We celebrated in school on the Friday before.  5th year boys, complete with white gloves, escorted mums to their seats. There were some very contented mums who had won the draws in the various classes for rather desirable hampers. After the opening words by the Head we were entertained with dances, songs, poems, musical drill.  The 5th year brought proceedings to an end with a mix of five different dances.  Everyone seemed pleased with the day. 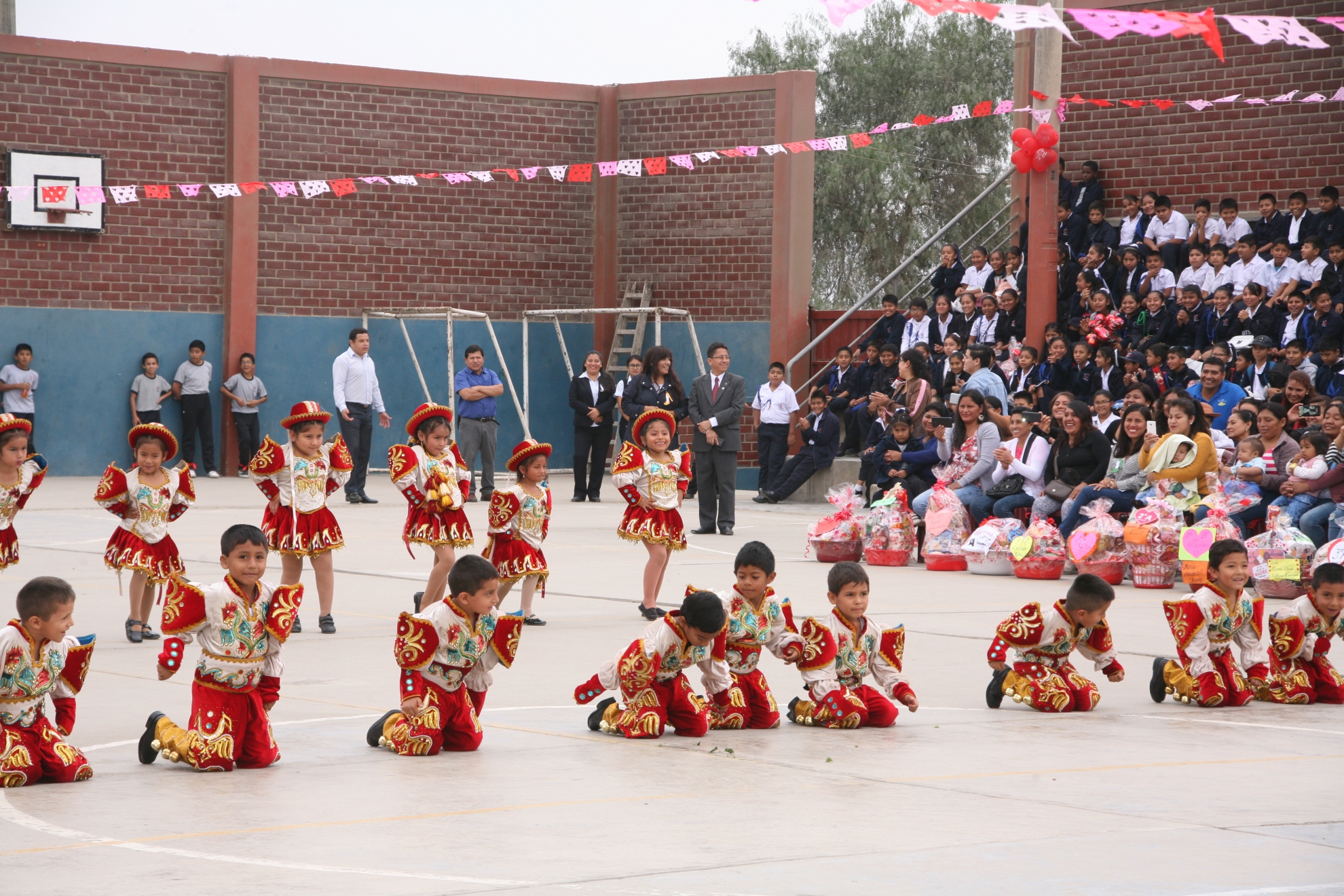 When all had departed all the different members of staff had the ‘institutional lunch’, during which we were entertained by a group who sang most of the time. Again there were draws for more hampers – a common sight on the streets during these days.

This second week is also Lasallian Week, when we celebrate the life and work of our Founder, Saint John Baptist De La Salle, Patron of all Christian educators – but more of that next time.

Thank you for your support.  We have a group of very poor pupils who, because of your generosity, are able to have a good lunch every day.  You have affected people´s lives.