Everything in the school was overshadowed by the sudden, unexpected death of Brother Paul.

He was an important figure here not only as the founder of the school but also because of all the help he gave to people here, possible largely through the generosity of the Magazine, its readers and other sponsors. The former pupils had a mass and celebration service for him and the next day we had a mass for the school and general public.  Other commemorative services are being planned. 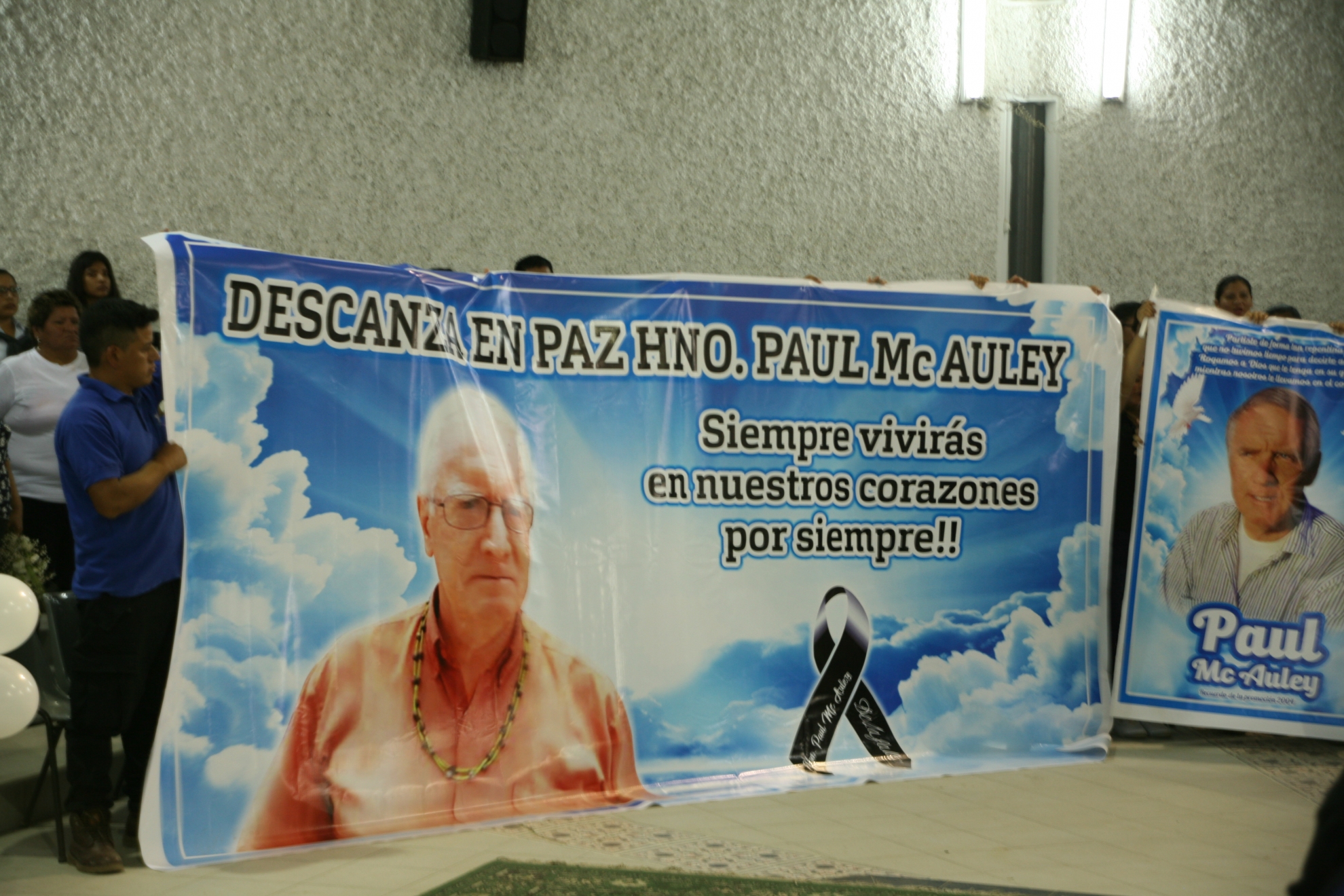 I can’t find my copy of the last notes I wrote to you so if I repeat anything please forgive me. On 10th there was a big faena – communal working – when hundreds of parents came in to the school to do a big clean-up.  I had to stop some of them from sweeping my curtains in situ because after 20 years the curtains are in a poor condition and would not have survived such rigorous treatment.  Staff had been in school for the two weeks previously.

The school year started on 11th March with, as is customary, the 5th year accompanying the youngest entrants to the school to the opening assembly. Several new teachers were introduced as were the tutors for the various forms.  As has been the custom for several years, a large group of last year’s leavers were present.  There was the historic moment when the new Head was welcomed, Miss Susana, former deputy.  New regulations as regards certain qualifications and length of service made it impossible for a Brother to be immediately appointed.  However, Brother Henry is working in tandem with Susana.  Former pupils, not knowing the facts, are surprised at the change. 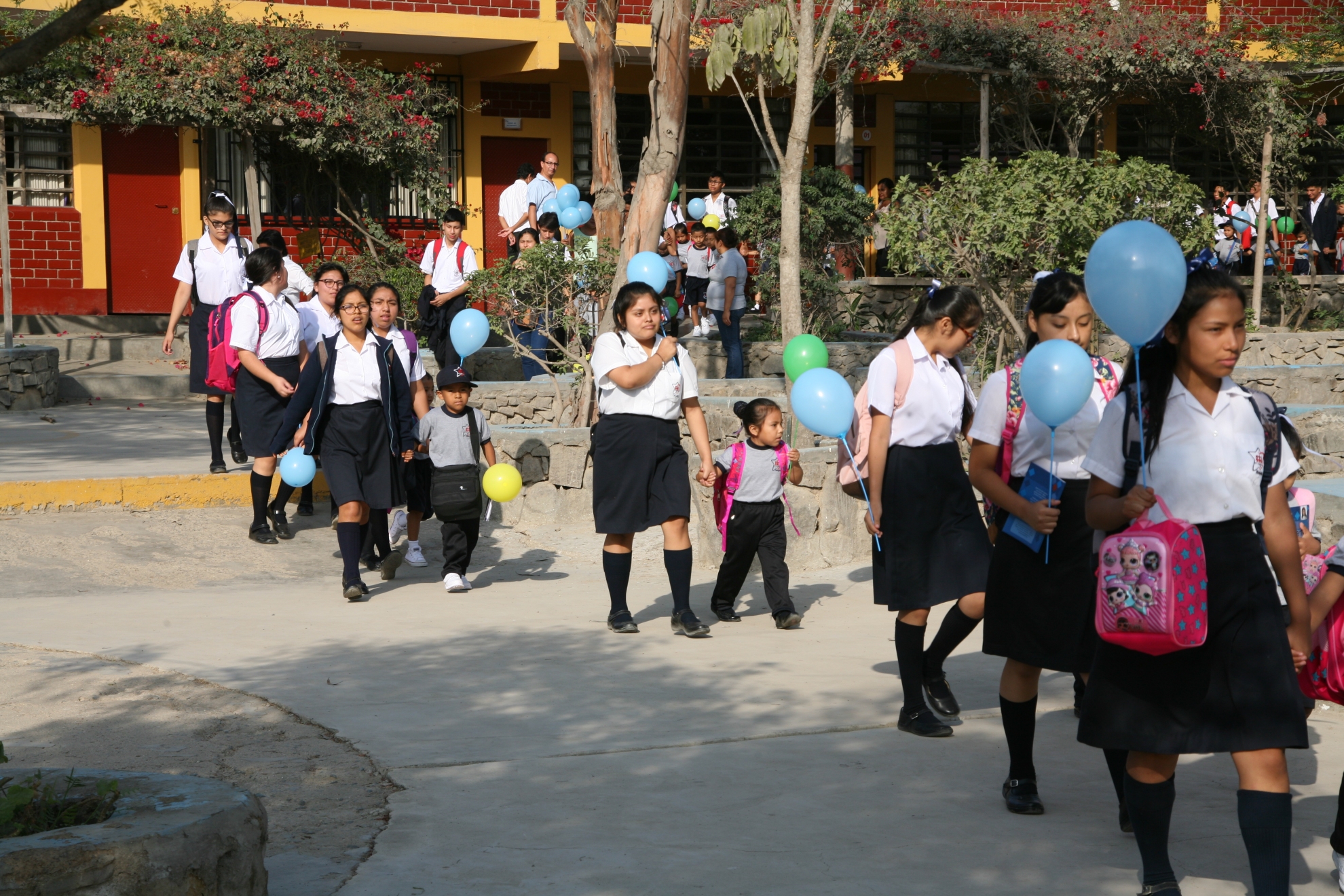 It has been a peaceful start to the school year with classes and workshops in full swing. Nature thought otherwise as there was short earth tremor on 16th and a long, strong one on 22nd that certainly shook the school.  It registered 7.8º on the Richter scale but fortunately was at a depth of 137.8 kms so there was little damage.  The evacuation of the classes was very quick and orderly.

23rd saw the inauguration of this year of the pastoral group.  This made up of Brothers, postulants, former and present pupils who meet on Saturday afternoons with a whole host of young pupils. The youngest have fun activities but also some catechetic input.  An older group are learning to be catechists.  There are two other groups preparing pupils for First Communion and Confirmation.  I admire their enthusiasm and dedication.

The 5th year started with “Project Great Britain”.  It gives them an opportunity to learn something about the place where the language came from.  This year London featured prominently with Big Ben being the main attraction, largely, I think, because it is reasonably easy to make a model of it, though some called for a lot of imagination to guess the subject. Scotland often looms large but this year there was only one group but the lad wore a genuine kilt. 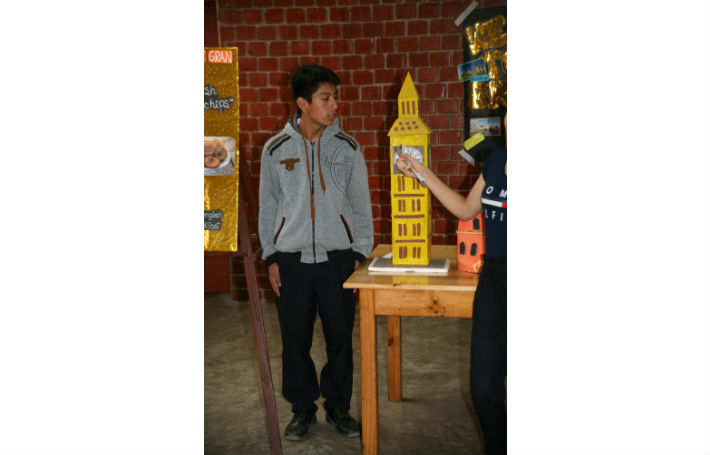 The weather continues to be hot during the day but evenings are definitely cooler. Almost every day young pupils come in to thank me because they are able to have a healthy lunch and a free one because of the generosity of our sponsors.  So thank you for your help.

Next week we will have our ‘Easter holidays’ – Maundy Thursday and Good Friday.  May Eastertide be a wonderful time full of blessings for you and yours.

If you would like to make a donation to the charity in memory of Brother Paul please email your details to feedback@deliaonline.com and we will be in touch.  Thank you.