The highlight of the month was the Lasallian Games in Arequipa, when teams from all our Peruvian institutions took part in football, basketball, volleyball and competitions in art, singing and public speaking.

As I mentioned before, we had to send a truncated group because of finances.  The group left on 12th at 7.30 pm, having taken part in the third national earthquake drill. I left on 13th by plane – a journey of an hour and a quarter as opposed to the 16 hours by coach which the pupils faced.  Old age has its compensations!

It was hot in Arequipa and the altitude of 2,330 metres certainly affected some of our players.  The inauguration of the games was lively and colourful with several of the institutions performing traditional dances.  I use ‘institutions’ instead of schools because besides the schools there were representatives from our training colleges and our university. 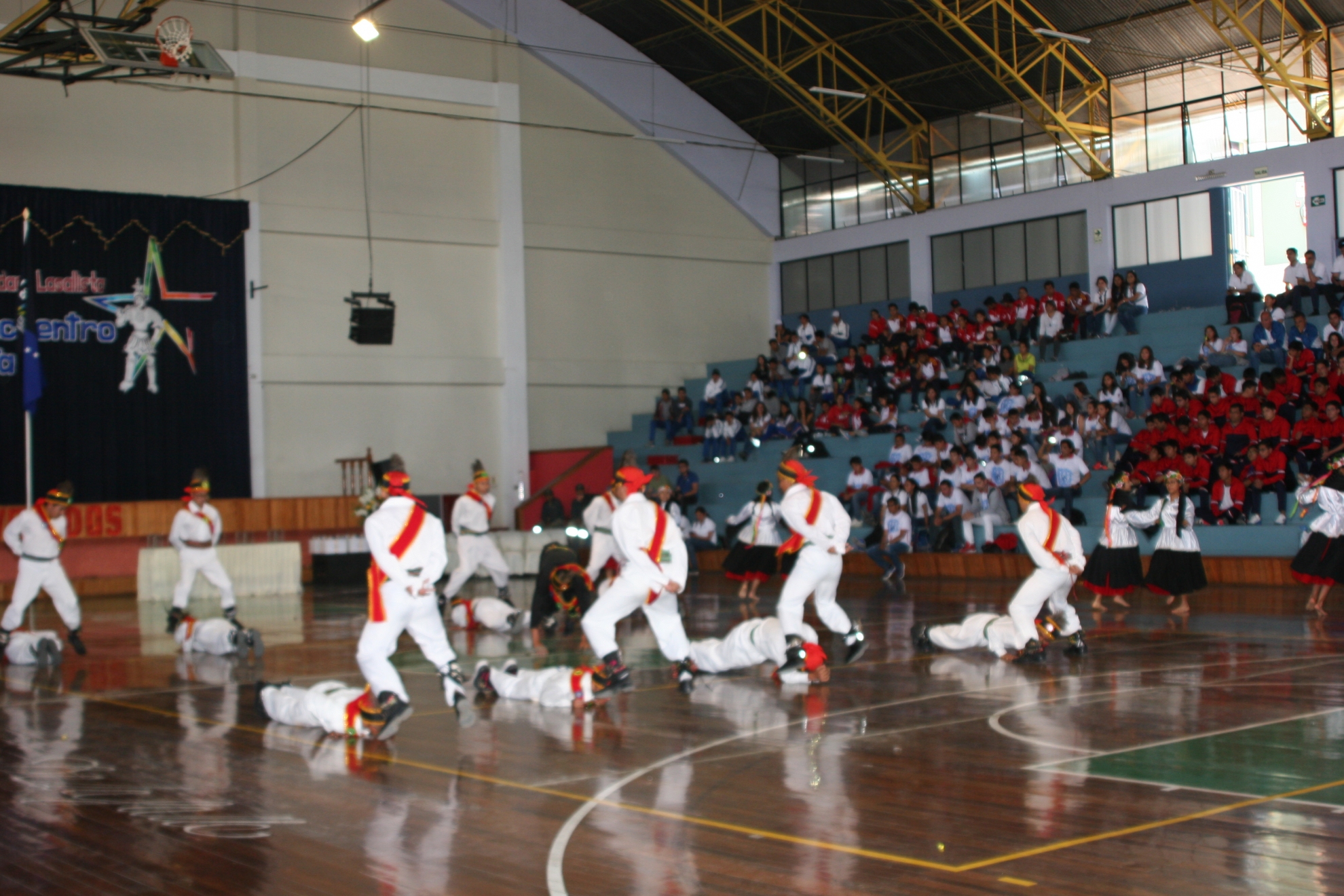 Not only was our contingent the smallest in number but also in size.  Also the facilities in the majority of the other institutions and times for training were far better than ours so we had little success in both boys’ and girls’ basketball – some heavy defeats – but our pupils reacted well.  I was not looking forward to this the girls did beat our school in Abancay. A coach tour of the environs of Arequipa helped to cheer people up.

In football we reached the final only to lose out 11-10 on penalties.  There were lots of sad faces.  However in the afternoon there were recreational games – groups based on colours and not schools – restored the good humour. It was lovely to see how quickly the groups became a unit, the benefit of belonging to the same ‘family’ and to crown the day there was a disco, for which I did not stay. 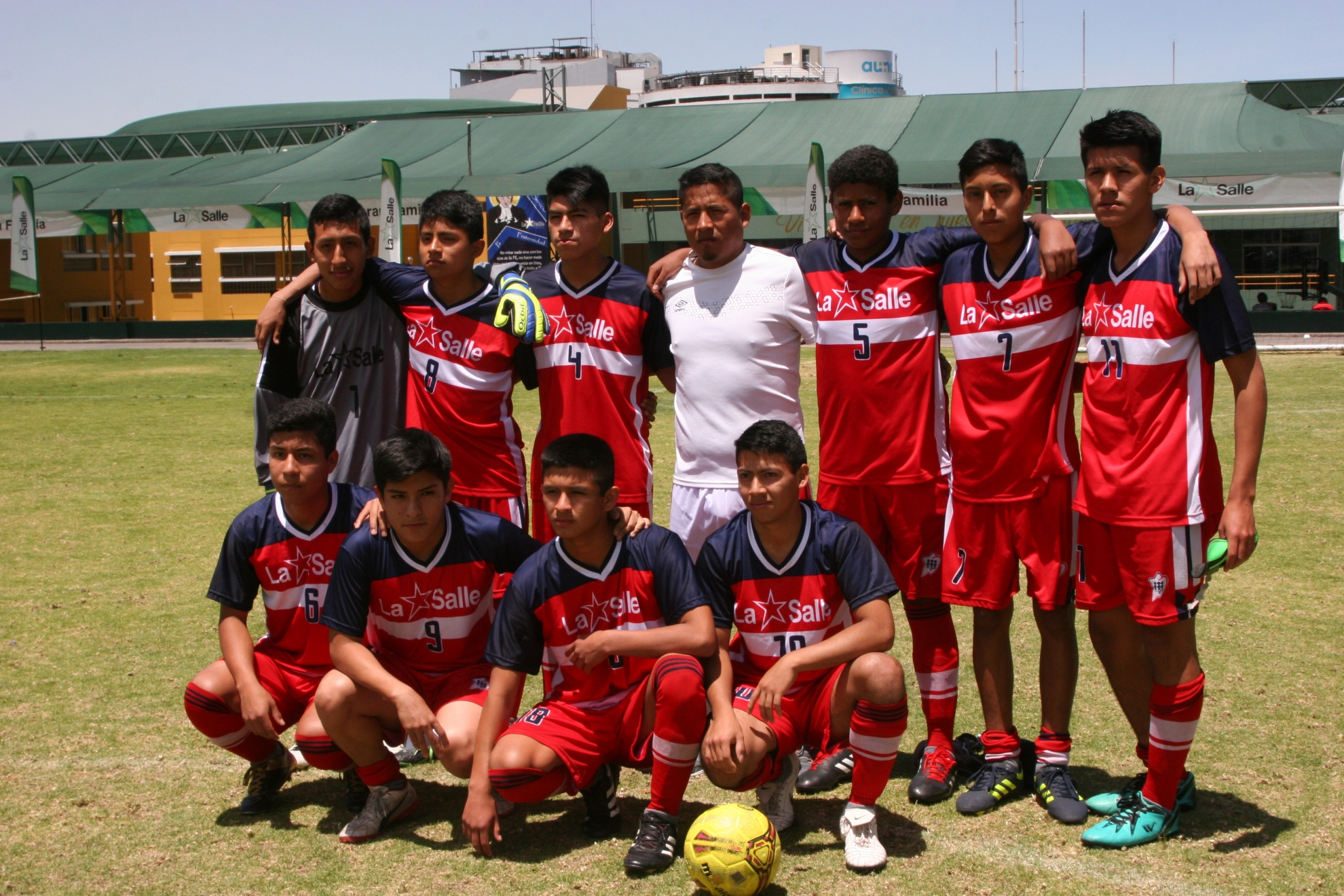 Thursday, 18th, saw the closure of the games and the prizegiving.  Our school in Lima dominated the prizes. Prior to this, the contingents who had not danced at the opening of the games performed.   I was not looking forward to this as I did not like the dance our group had chosen (not sufficiently elegant in my opinion) and the rehearsals had been very disappointing but on the day the pupils performed excellently and I could see elegance. 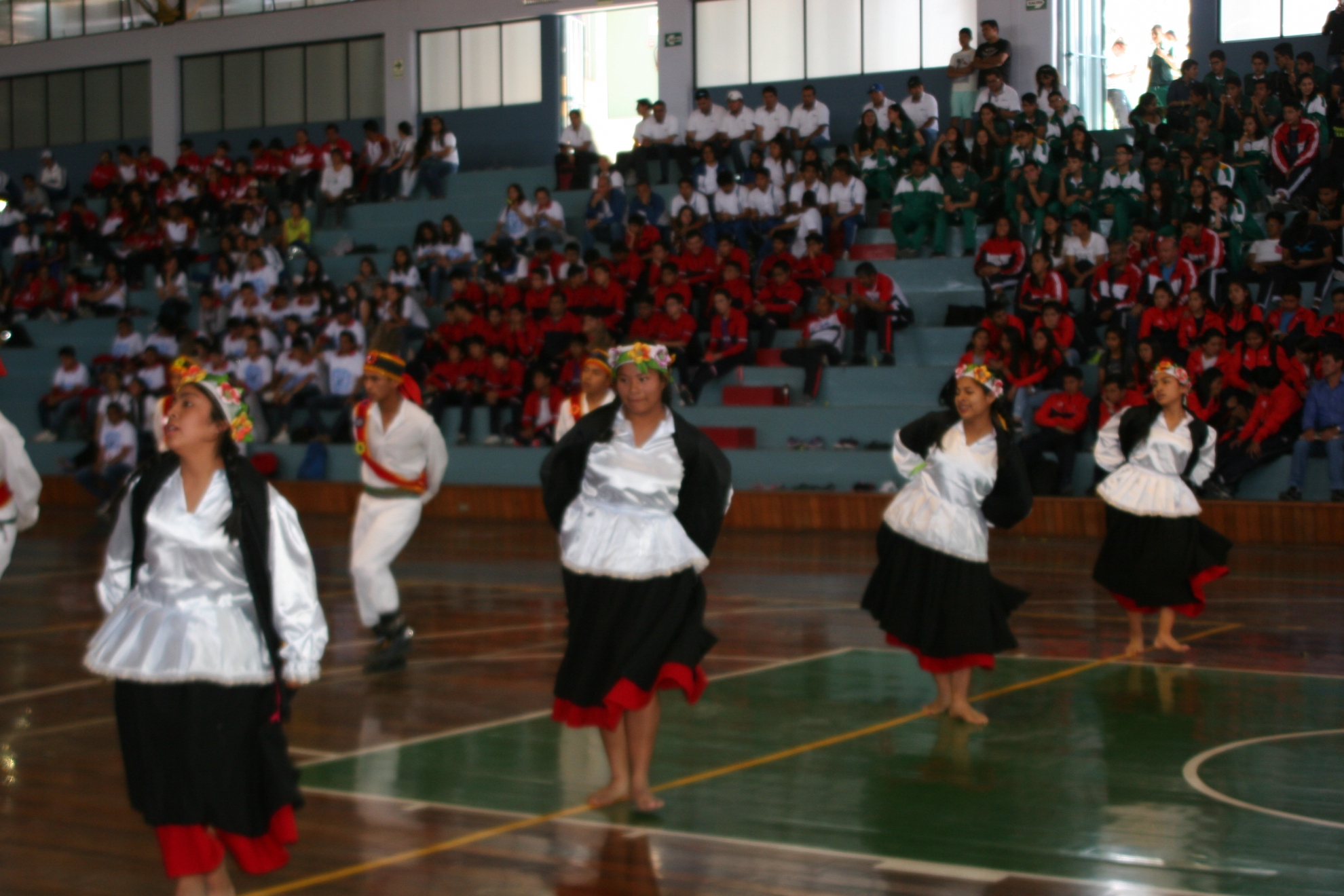 After the closing ceremony when the Games’ symbol was passed on to our school in Cusco for the 2022 Games – 2022 is the centenary of the Brothers’ arrival in Peru as 2019 will be the centenary of their arrival in Bolivia – there was a farewell lunch and final photos.  Our group left at 2.30 pm and arrived at 11.00 am the next day.  I left at 6.30 pm and was in the house before 9.30.  For all our group, despite the results, the Games were a very special experience.

We now have a very pleasant new area which can be used for chess, lunches, group work or just relaxing.  I don’t know if it has got an official name but I call it Plaza Luis, after our young maintenance man, Luis, who, apart from a bit of help of clearing some of the area at the beginning by some of the French volunteers, was responsible for all aspects of the work.  Something he can be very proud of. 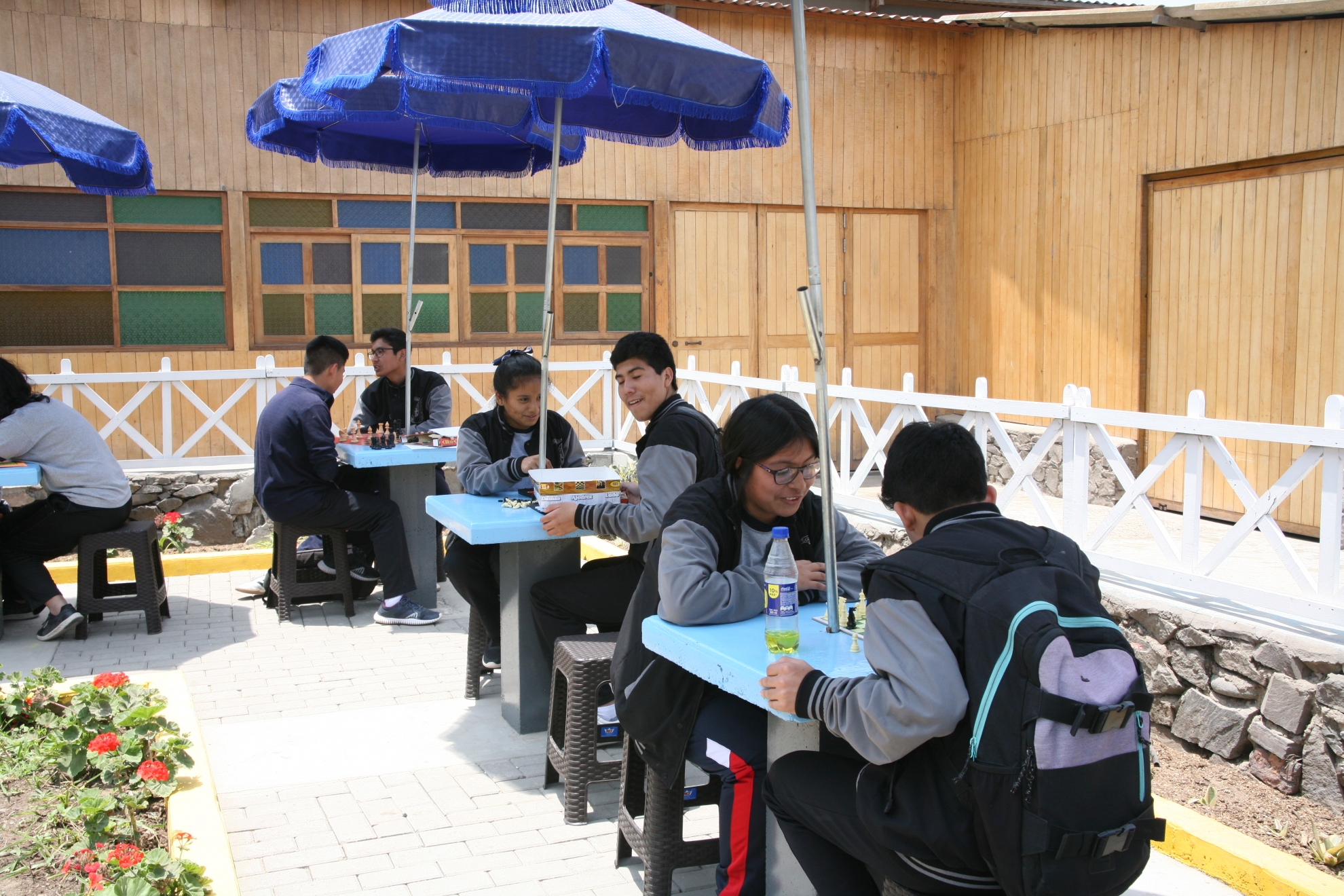 On 28th, the feast of Señor de los Milagros, 72 of our pupils made their First Communion.  The church was packed but the atmosphere was conducive to a dignified celebration.

As I write this, the library is full of 5th formers, painting scenery, arranging costumes, making props etc. for English Drama.  This morning’s offering lacked the usual drive and imagination but let’s hope all this activity will change all that.

Just about five weeks go till the end of the school year (28th December). The year has gone quickly and I think some of the 5th formers are just waking up to this fact. The weather is warming up. Yesterday the pupils in the library were complaining about the heat.

As always, thank you for your interest and support.