I must start off by apologising for not writing anything for July.  I was out of the country for a time and it coincided with our mid-year break.

We had a group of volunteers from one of our schools in France.  They came in time to relish their victory in the World Cup.  They were a very hardworking group – boys and girls.  It must have been daunting for them when they first saw the suggested task. There was a large open space that had been used for various things over the years such as the site of the hidroponia and a grassed-over area for the younger pupils.  This latter did not last long as it needed a lot of water to maintain, so our French visitors saw a completely bare area, full of sand and stones, covering some very hard ground. 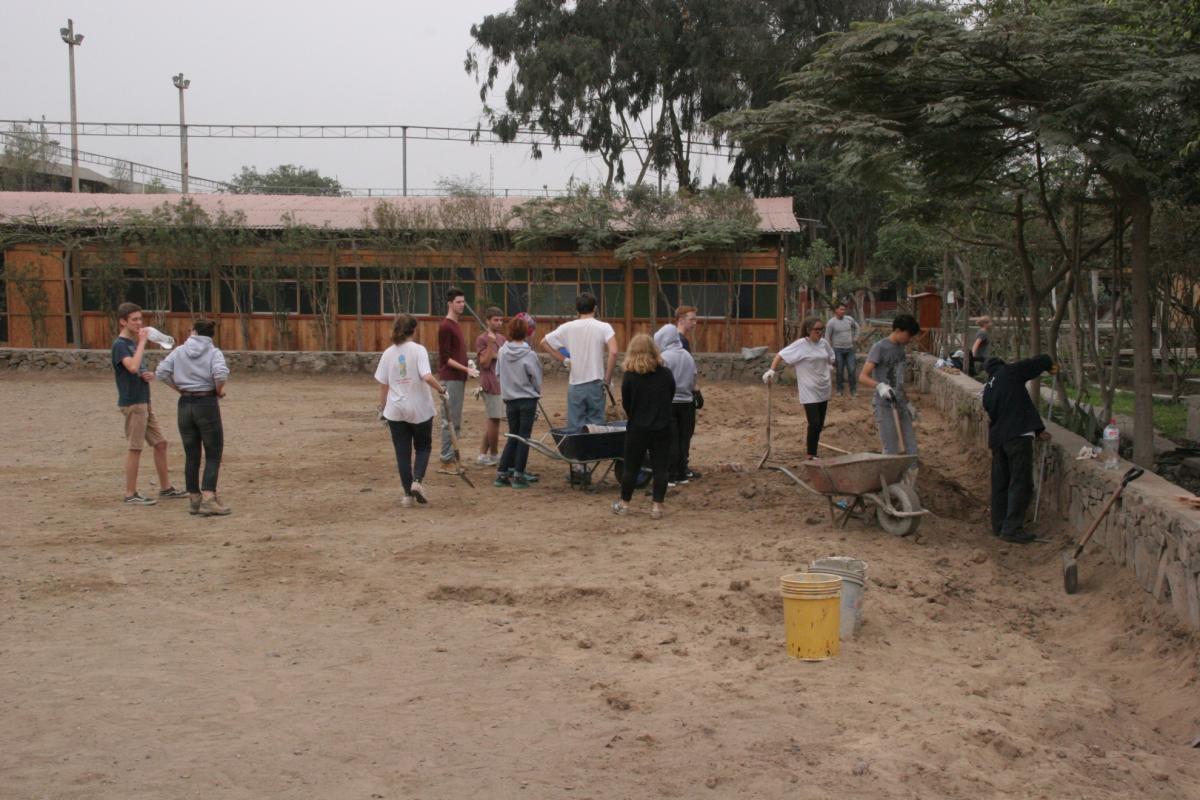 They had to do a lot of soil moving to level it off and then came the job of mixing and transporting in wheelbarrows a great amount of concrete. 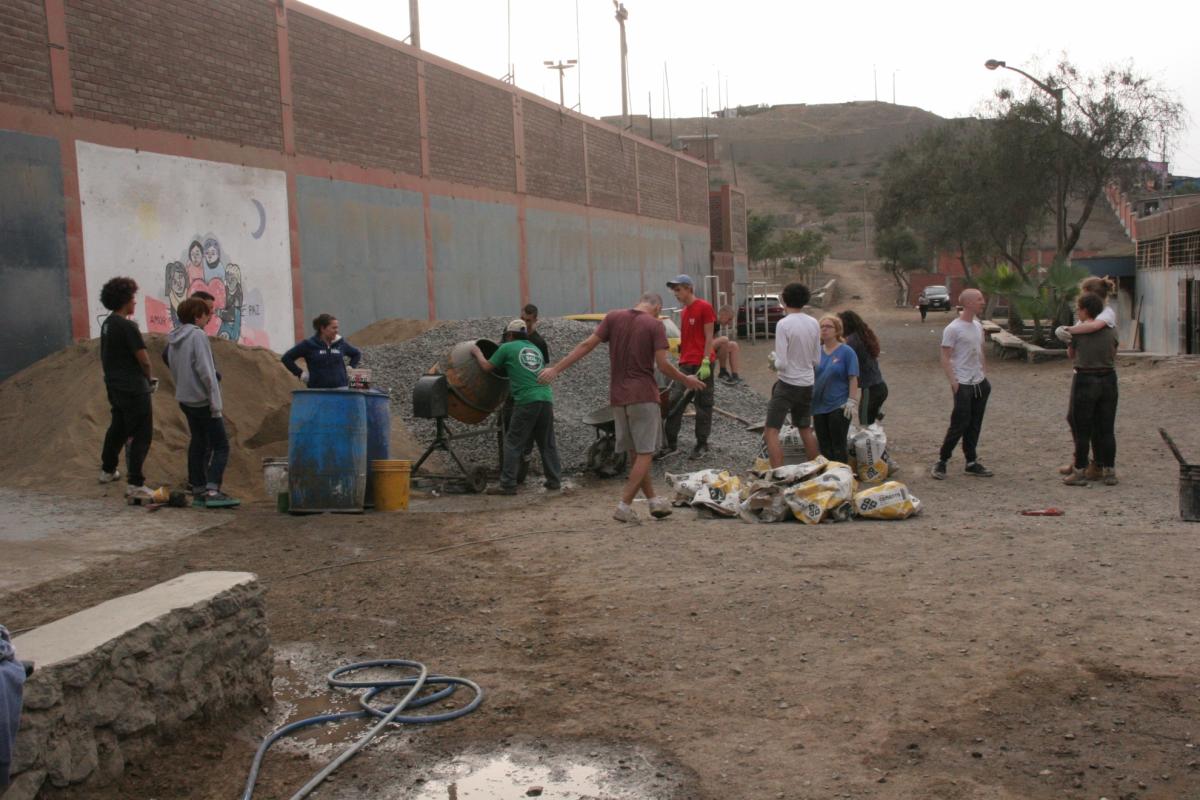 We had two or three expert parents who were able to control the work and do all the finishing of surfaces. 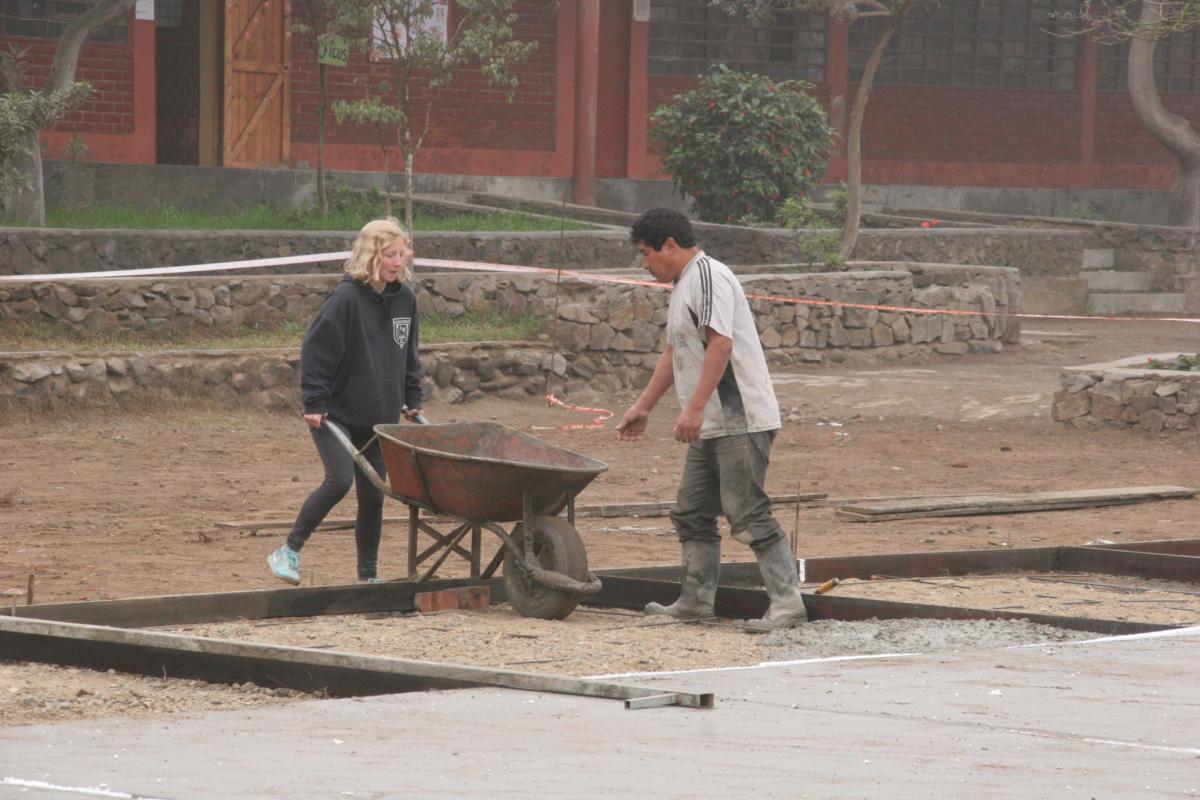 They finished the last portion of the concrete on the day (28th) they returned to France.  They could be rightly proud of their work and it has proved very popular as a play area for the younger pupils.  28th was a Saturday, so on the Friday before we had an assembly of primary and secondary pupils to say thank you and to wish them well. The 5th year performed a folk dance for them and there were speeches. 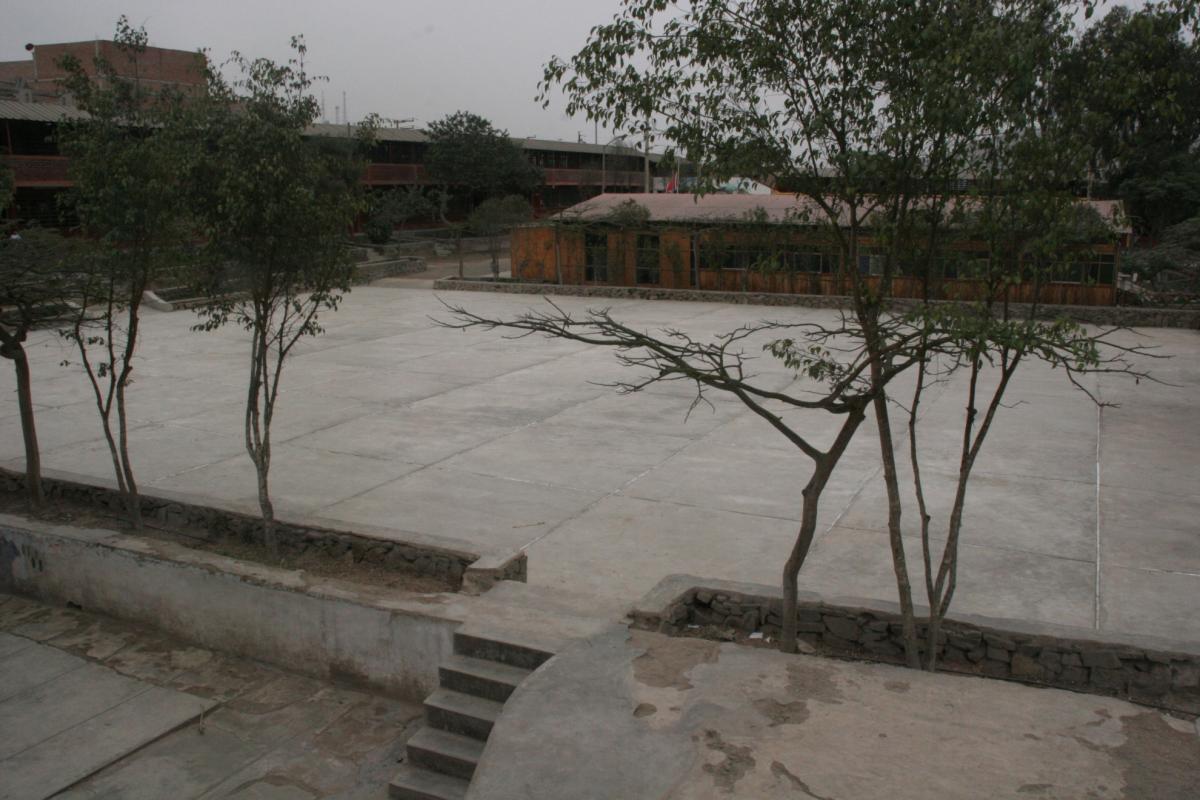 The Day of Independence is 28th and the shops were full of ‘patriotic’ things.  Lots of temporary stalls were put up by the municipality and they must have made quite a bit of money from hiring them out.  (They proved so popular with the sellers that they were not ready to dismantle their stalls, so a long line of police in full riot gear persuaded them, without any problems, to comply with the order).

A few days prior to this, a group of eleven of our 4thand 5th years went off to join with similar pupils from our other schools for the misiónin Abancay.  They worked in four different communities in the mountains, helping in manual work, catechetics , lessons.  It’s always hard work but they came back very pleased with what they had accomplished. 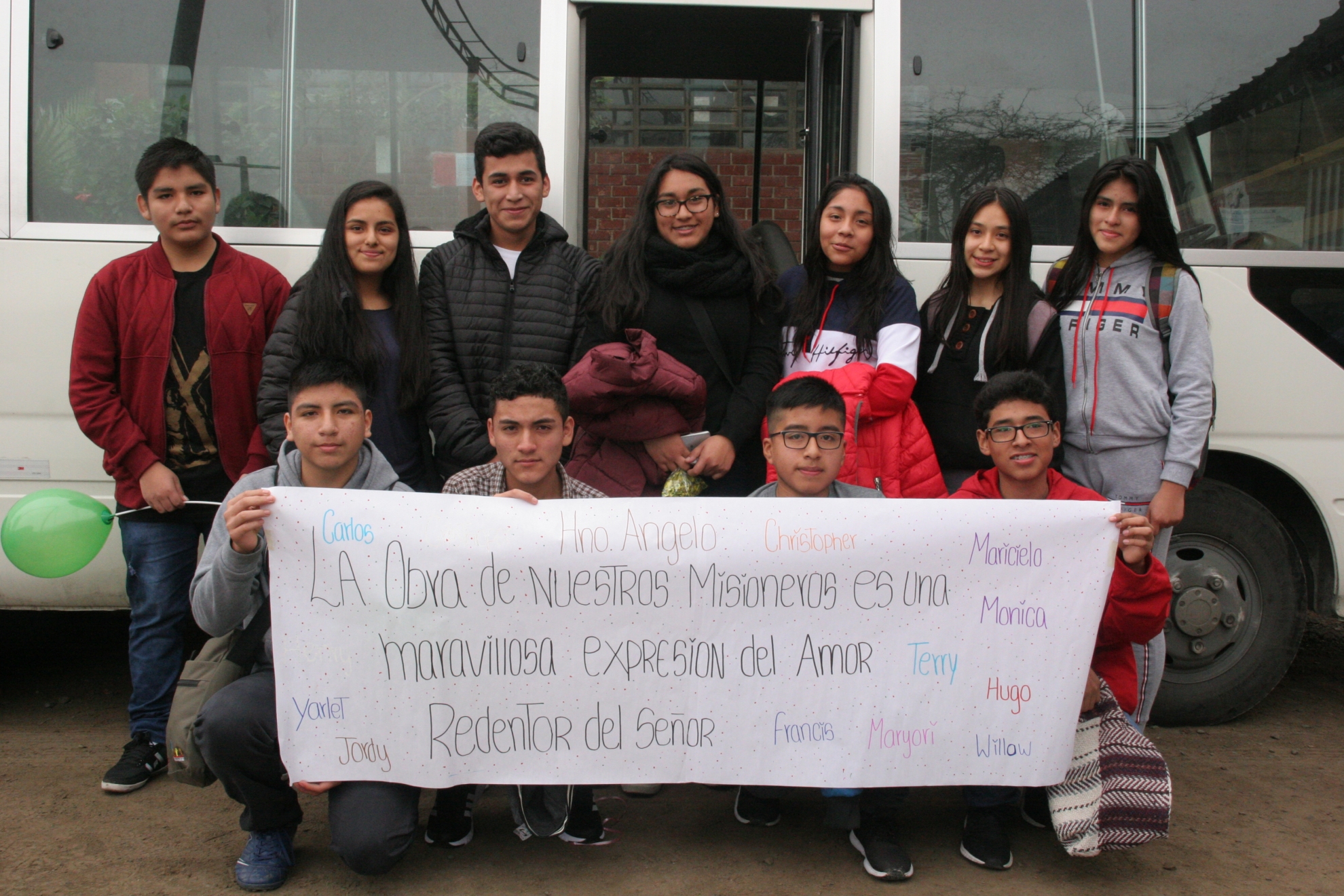 The second half of the school year started on 13th August.  The weather began to improve – still a bit chilly in the mornings but less damp and, at times, quite a warm sun in the afternoons. Spring will soon be upon us.

There is a lot of serious training going on for basketball and football as our teams prepare to take part in the Lasallian Games – a gathering of pupils from all our schools in Peru.  The games will take place in the middle of October in Arequipa.  Up until now our pupils have received financial help from central funds but these are no longer available so we have to find the money ourselves.  One effect of this is that we will not be sending teams for volleyball or participants in art, singing and public speaking.  A pity.

The feast day of St Rose of Lima (30th) was a national holiday.  She is the patron of Latin America, Peru, Lima and, I don’t know why, the national police.  There is a great devotion to her.

We had two official simulacros  - earthquake drills – recently; secondary pupils in the morning, primary pupils in the afternoon.  There was the usual evacuation of the school, the ‘rescue’ of the ‘injured’ and their treatment.  Then all the pupils moved to a ‘safe zone’, simulating the wait for the situation to become clearer. One of the instructions is that the teachers must involve their pupils in some type of activity – singing, dancing, etc. – to help them to calm down in a more normal atmosphere.  Both drills went off well.

Election fever is hotting up as October draws near.  There is a large number of parties and voting in this area will be for at least four mayors, a regional president and governors and possibly some other officials.  I don’t know how the ordinary person in the street makes sense of it all. The voting paper will be quite challenging.

So a new school year has started in the UK and we are moving towards the end of ours. I hope that those readers who have children in school, especially those in new schools, will see them settled in and happy. 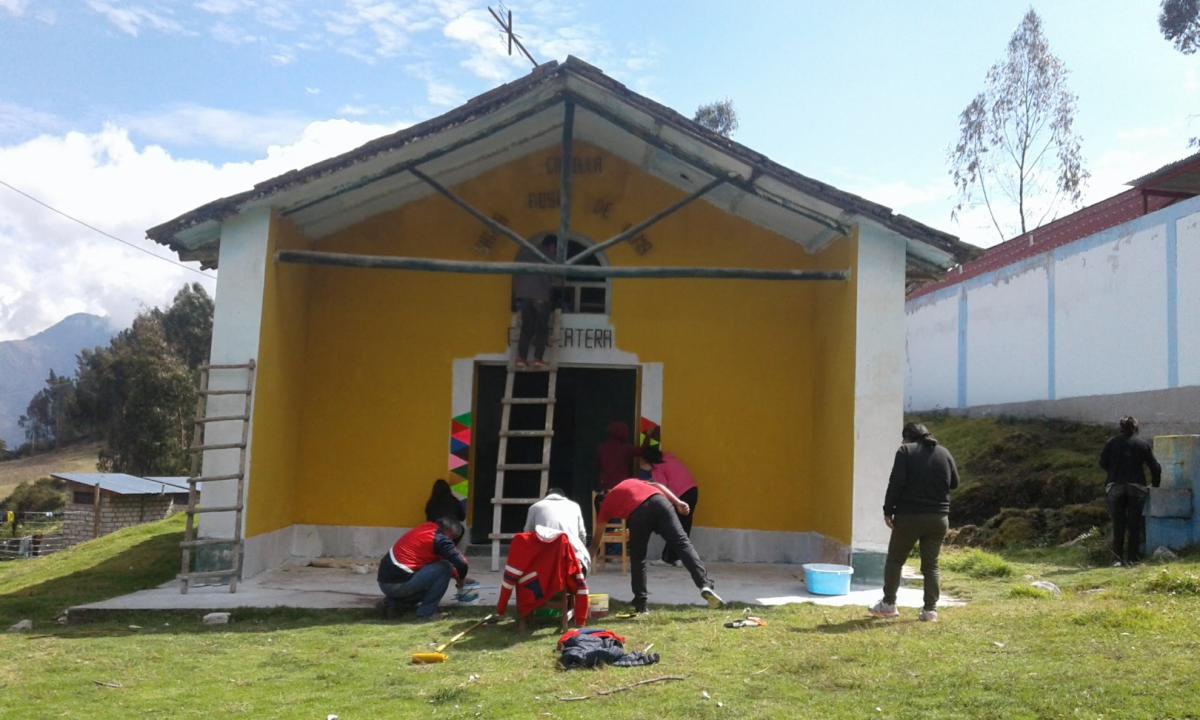 Thank you for your continued interest in others.