Peru was gripped by football mania, as for the first time in thirty six years, they took part in the World Cup.  The local town was a sea of red and white.  Everyone seemed to be wearing the official football shirt. Shop assistants had variations of the strip.  To get into the spirit, we had inter-class sports competitions which started off in rather poor weather but that didn’t dampen the spirits and it finally turned out to be a nice morning.  The weather seems to be colder and damper earlier than in other years.

On 15th June we had a low-key celebration for Father’s Day – nothing like Mother’s Day – with lunch for all the staff.  The next day Peru had their first match and sadly lost to Denmark but hopes were still high.  On the 21st there was the match against France.  For this we had a giant screen and loads of pupils and staff had the team shirt.  I can’t remember the national anthem being sung more lustily.  Unfortunately Peru lost and there was intense disappointment with plenty of tears as, in effect, it meant Peru was eliminated.  Three days later there was the final match against Australia and again there was the giant screen as the Head said Peruvians show their loyalty not only in victory.  There was a much more subdued atmosphere than against France with not much evidence of red and white but the two goals were greeted with great enthusiasm and smiles.  I think there was a bit of consolation when Argentina failed to qualify! 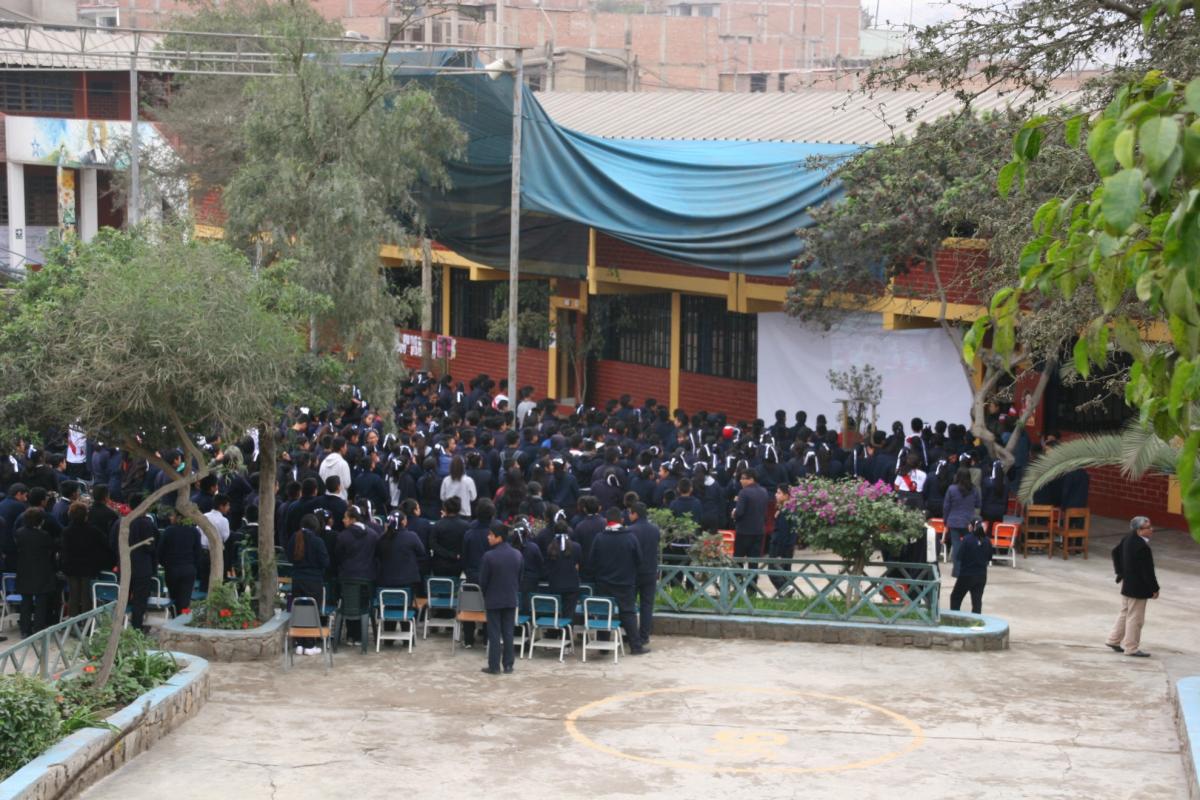 In October there will be the local elections and propaganda is everywhere.  It seems that if there is a blank wall on which names can be painted or a space where huge banners can be placed, then some politician will have his or her name or face displayed.  And of course there are all the various slogans promising better security, health, education, work.

The 29th was the feast of Saints Peter and Paul and a national holiday, so no classes.

The next week saw the start of the English project “Going Shopping” with the 5th year.  They choose their type of business or shop and then set about making props according to their choice.  The end of the library becomes a department store or a restaurant or a bookshop or a gift shop.  Several dress up for the occasion.  They take it seriously even though at times the English is a bit difficult to understand. 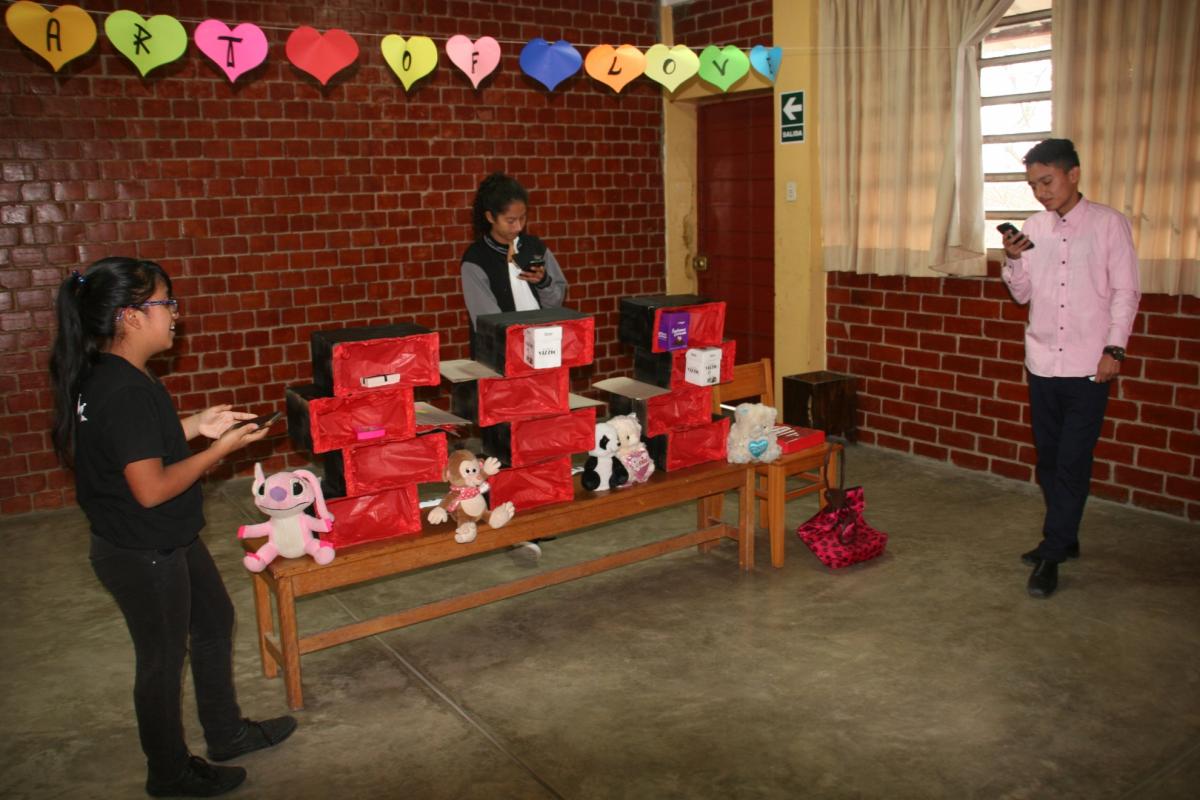 On 5th July the school, in keeping with all schools, had celebrations on the day before the Day of the Teacher.  The weather was kind and it was a pleasant morning.  There were dances and singing in all years of Inicialand primary.

Loads of enthusiasm and energy and quite a bit of talent.  Even the youngest pupils seem to have an in-built sense of rhythm.  Interspersed with the presentations were quotations praising and thanking teachers. 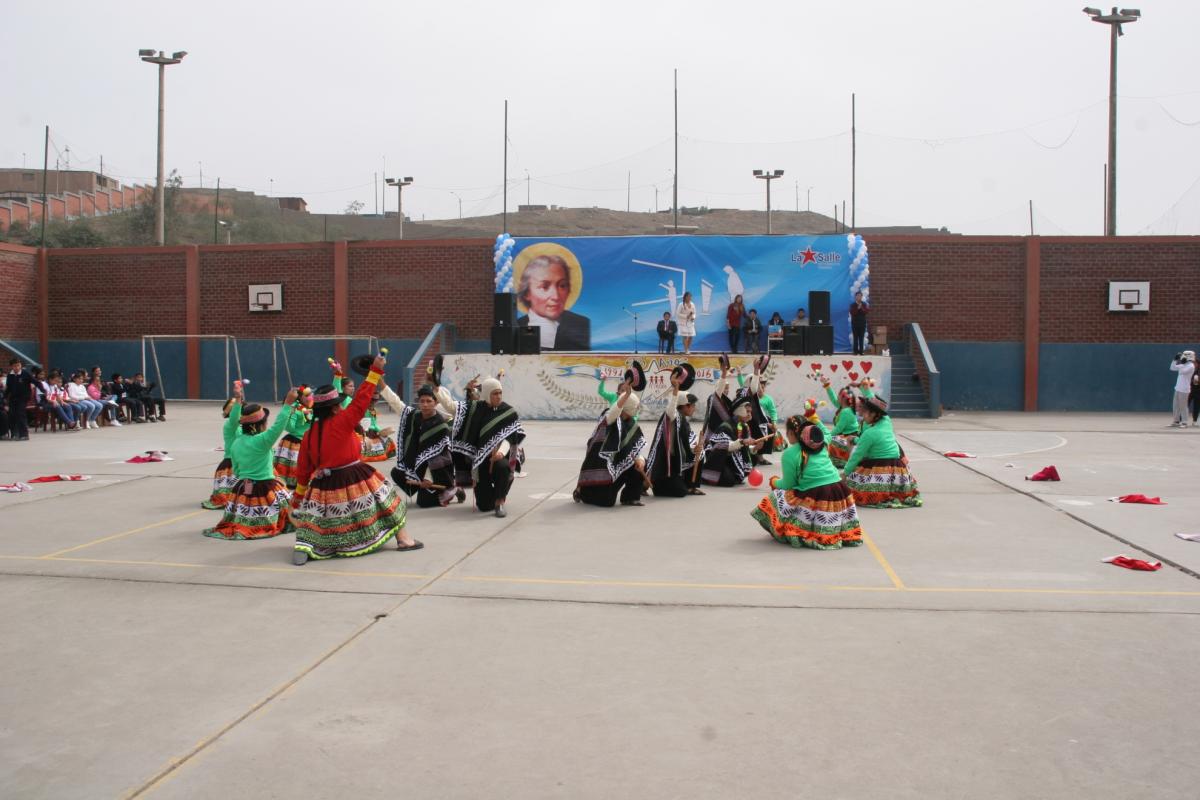 The secondary pupils put on three dances – 1st, 3rd and 5th years.  The last performance was of a high standard.  Just prior to it, a 5th year girl read a tribute to all the teachers, by name, of the 5th year.  It was good to see several past pupils who had come to pay their respects. 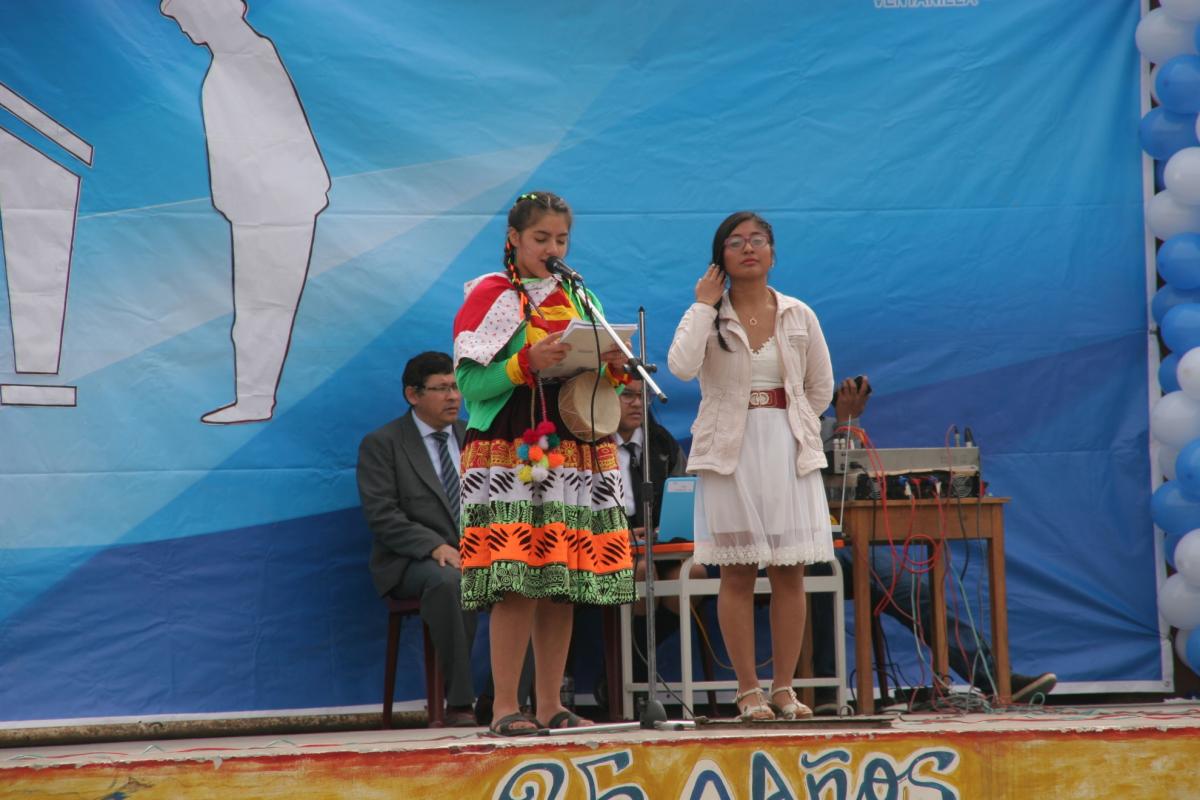 Not long after the end of the school celebrations all the staff went to a nearby restaurant for lunch.  The place could hold 1500 people and there were other schools there.  Quite a nice venue – the promociónof 2015 held their fiesta there and the promoción this year will do the same.  As always, there was dancing deep into the night. The next day, the actual Day of the Teacher, was a holiday.

So now we have classes till 27th and then our mid-year break of two weeks, during which a group of our 4th and 5th years will join with pupils from our other schools to work in poor areas in the mountains. There is always keen competition to be included even though the conditions and work are hard.  Some prayers for them would not go amiss.

May the weather be to your liking for the summer holidays.

If you would like to make a donation to the charity please email your details to feedback@deliaonline.com and we will be in touch direct.