I’m writing this on a cold, very overcast day, with a hint of dampness.  We are not seeing much of the sun these days and everyone is complaining of the cold.

However at the beginning of May we had some lovely weather, perfect for the preparations for, and the celebration of, Mother’s Day. The local town had been preparing for quite some time before.  The municipality put up rows of kiosks along the streets (a nice earner for them) where there were objects of all kinds guaranteed to bring joy to mother. The day is the second Sunday of May and the 6.30 am mass in the local town was absolutely packed.  The school celebrated on the Friday before. Mums were met at the school gate by 5th year girls presenting mementoes and then the boys took over, offering their arms and escorting the mums to their places.  After the official opening and words by the Head there were draws for various hampers, made up of foodstuffs brought by all the members of the form.  They were all definitely worth winning.  The programme included recitations, sketches, and dances, - fine traditional one by the 4th year. 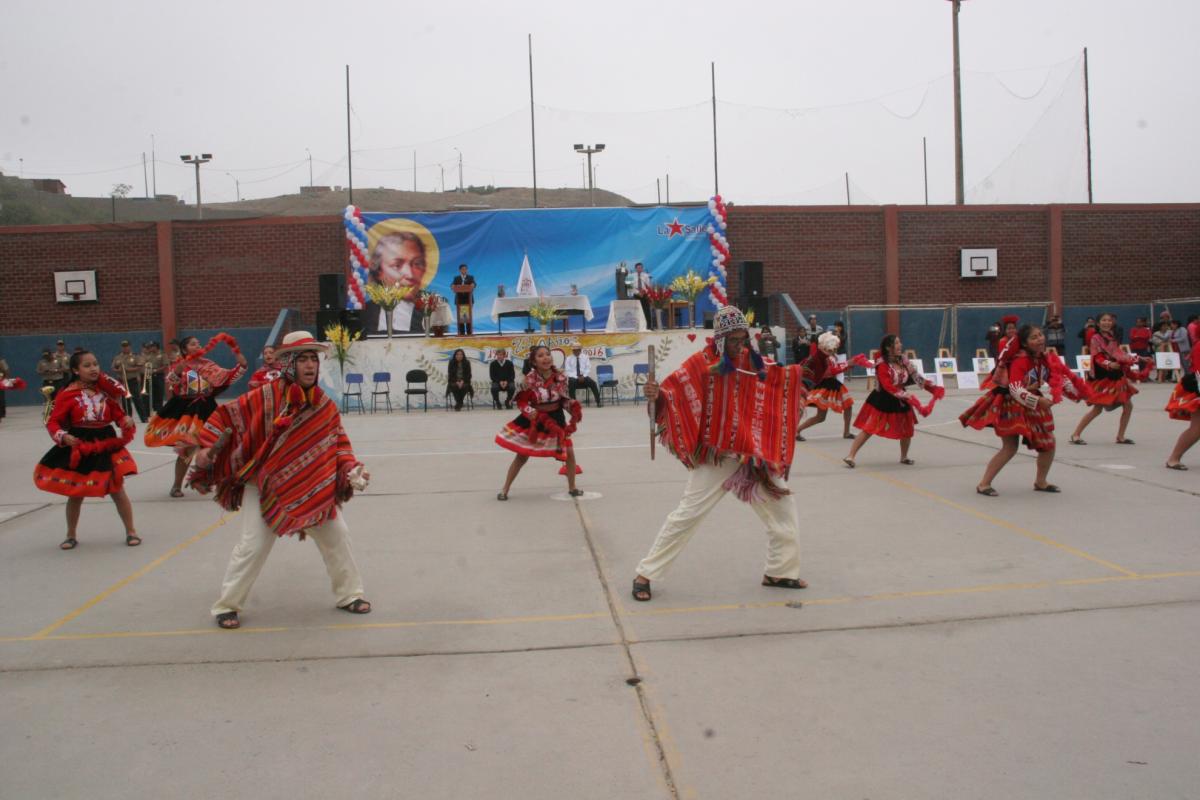 The 5th years ended the celebration with a selection of home-made dances.  I must admit I had my doubts when I saw them practising but they performed very well on the day.  When all had gone home the staff had a very pleasant lunch with a draw for various hampers and presents.

The next week was Lasallian Week when honour was paid to the founder of the Brothers, St John Baptist De La Salle.  He is the patron saint of educators, so all you teachers or former teachers have a good friend in heaven.  There was some very good art work.  The actual feast day was 15th May and it was a lovely sunny day. 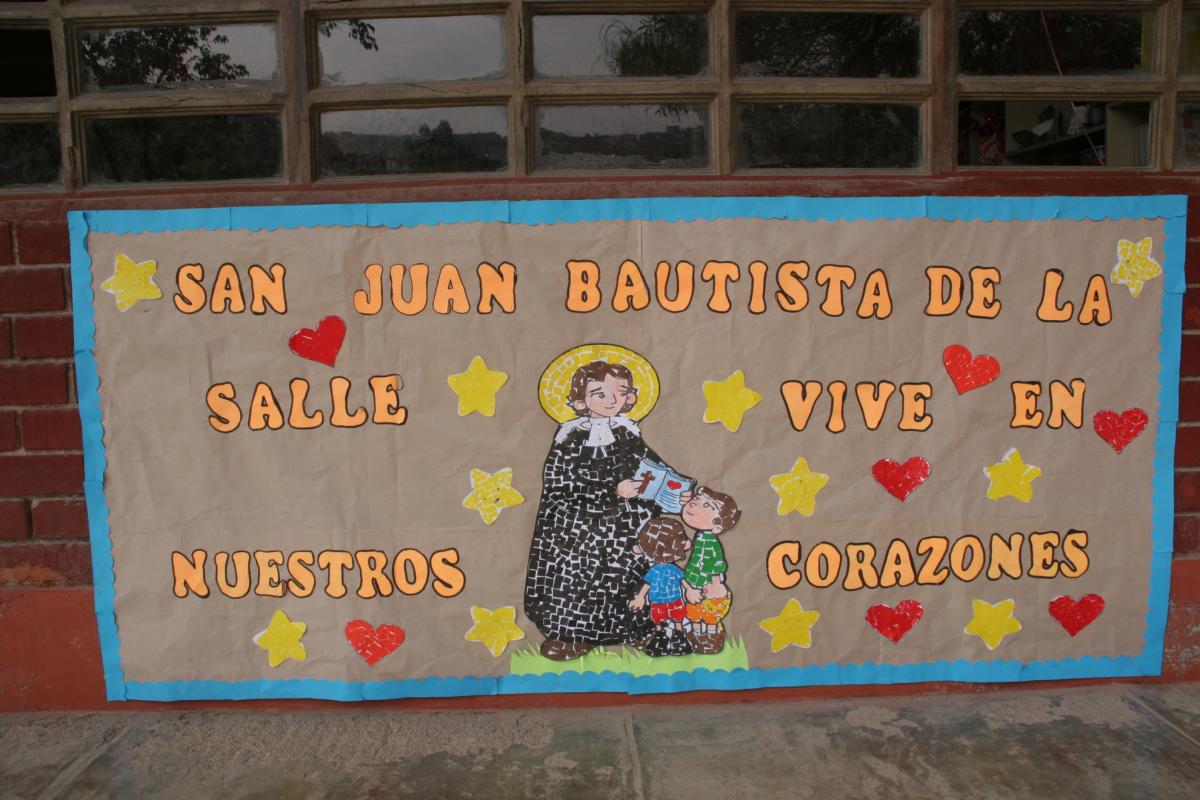 On 17th there was a long, powerful earth tremor just after six in the morning but fortunately there were no injuries or damage to property.

On 18th we combined the celebrations for Founder's Day with those for the 27th anniversary of the school.  It’s a tradition over here to celebrate the anniversary annually.  The school anniversary is really in October but because this year we are participating in the Lasallian Games in Arequipa in October it was decided to celebrate on an earlier day.

We had a very prayerful mass, celebrated by a Jesuit father – the Jesuits have the overall responsibility for all the Fe y Alegría schools in South America.  At the end of the mass there was a presentation in recognition of 25 years of service in the school to the head of PE.  Coinciding with the presentation was the entrance of the national police band – a very welcome extra – who not only played their selection of music but also accompanied various impromptu dances.  We were then treated to a dance by pupils of Inicial (kindergarten) dressed as rabbits – a big oooohfactor! 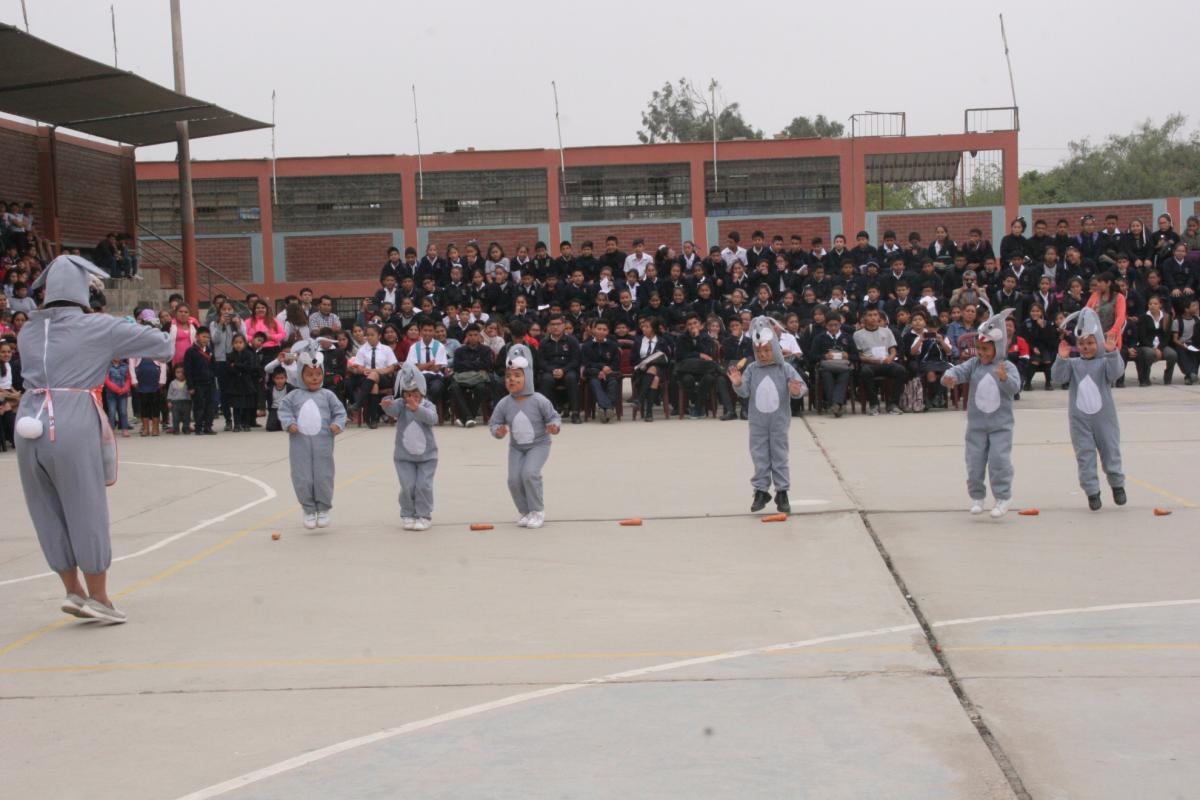 6th year primary then performed a dance – not exactly my style but obviously pleasing to the mums.  The last item was two traditional dances by the 5th year. 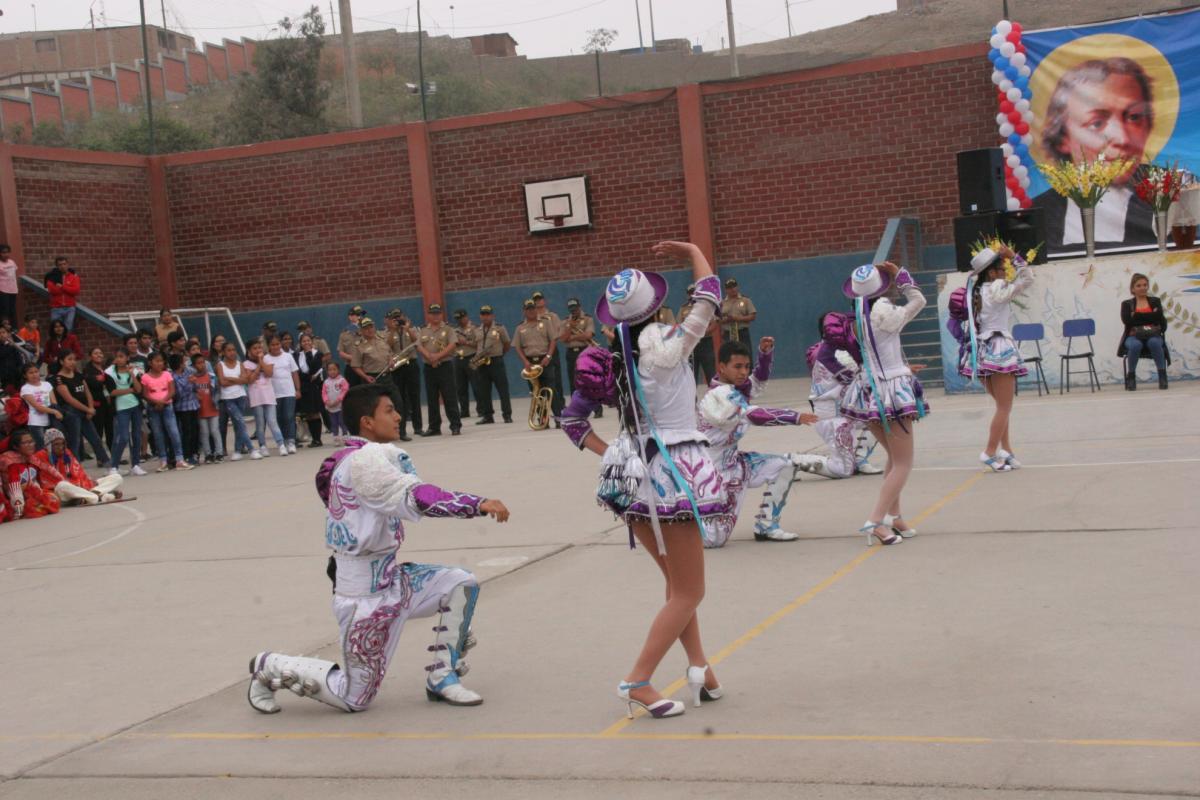 Staff then had various games before another pleasant lunch.

About seventy 4th and 5th years from our three Lima schools, with Brothers and teachers, took part in a vigil for Pentecost 19th/20th.  The youngsters were very impressive though quite sleepy-eyed when they returned home.

On 22nd there was another long, strong earth tremor at 8.08 am.  The pupils evacuated the school very quickly, much more orderly than when it is a drill.  Speaking of which, on 31st there was the second national earthquake drill, so we had one at 10.00am for the secondary pupils and another at 3.00 pm for the primary pupils.

They went to town on this with various ‘injured’ pupils rescued and carried or transported to safety.  The pupils involved certainly entered into the spirit as they were treated and bandaged and splinted appropriately for the injury printed and pinned to their clothing. 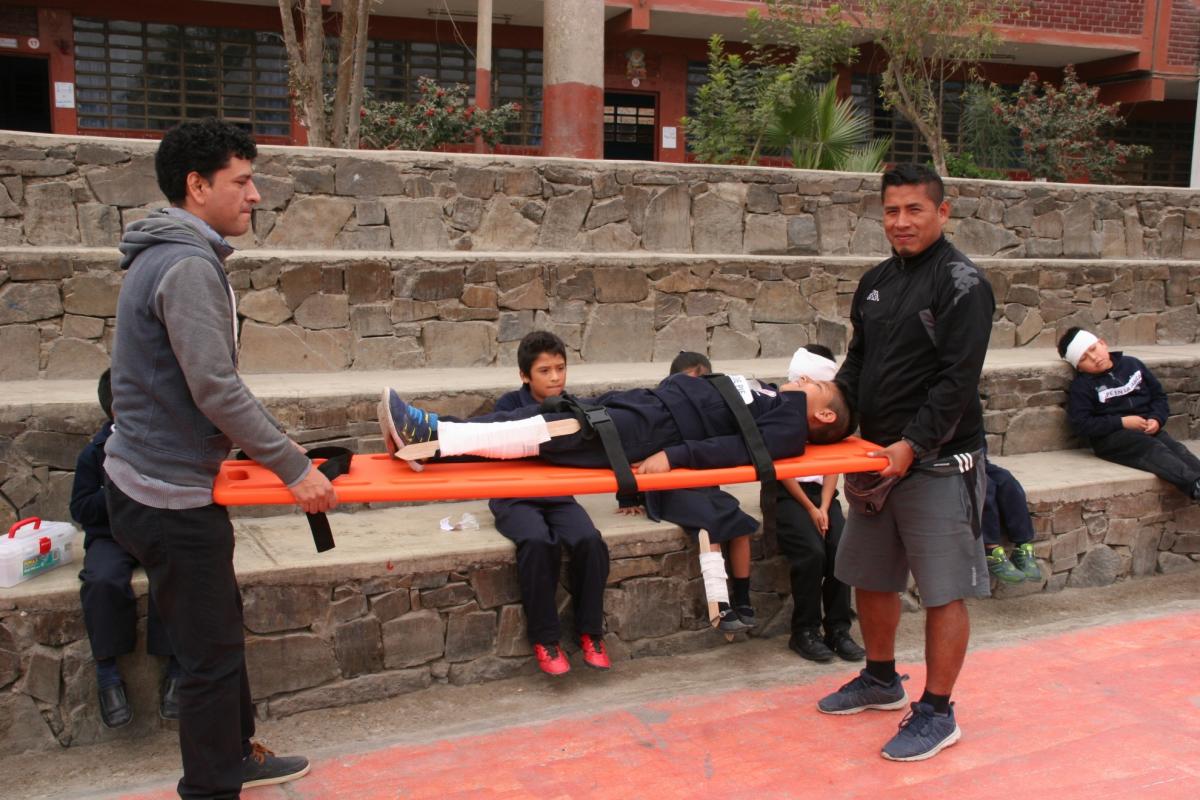 At the moment the school and the local town are suffering from Peru-mania as they prepare for their first World Cup in over 30 years.  Everywhere there are people with the official team shirt. Shops are full of all kinds of memorabilia.  Shop assistants have either the shirt or an alternative which normally includes the red sash. The very big milk company, Gloria, whose tins of milk have always been red and white, have tastefully added the red sash.  Recently Peru played Scotland in a friendly and they were pleased to win.  I don’t know the various groups but it would be interesting if in the process of the championship Peru were to play England. But there is a buzz in the air.

Shops are also advertising Father’s Day – the third Sunday of June – but it is in a much lower key than Mother’s Day.

I believe you have been having an interesting range of weather.  I hope it presages a lovely summer for you. As always, thank you for your interest in our work here.