March started with the staff in school for staff-training and final points of organization.

The last day of the meetings there was a lovely liturgical service in our new – and much appreciated – chapel.  After, there were photos of the whole staff, then Inicial, primary and secondary, then administrative and maintenance, then our workshop teachers.  Then there was a very pleasant lunch. While staff were meeting, former pupils were upgrading the tables in the library, changing melamine for wood and sanding off years of accumulated use.  Now everything is very smart but unfortunately makes the curtains looking even more shoddy.

On 11th, hundreds of parents came for the faena – communal work – cleaning, getting classrooms ready, tidying the garden and grounds.  They left everything ready for the new school year the next day.  This started with the school assembly when the 5th year pupils escorted our new pupils in kindergarten. 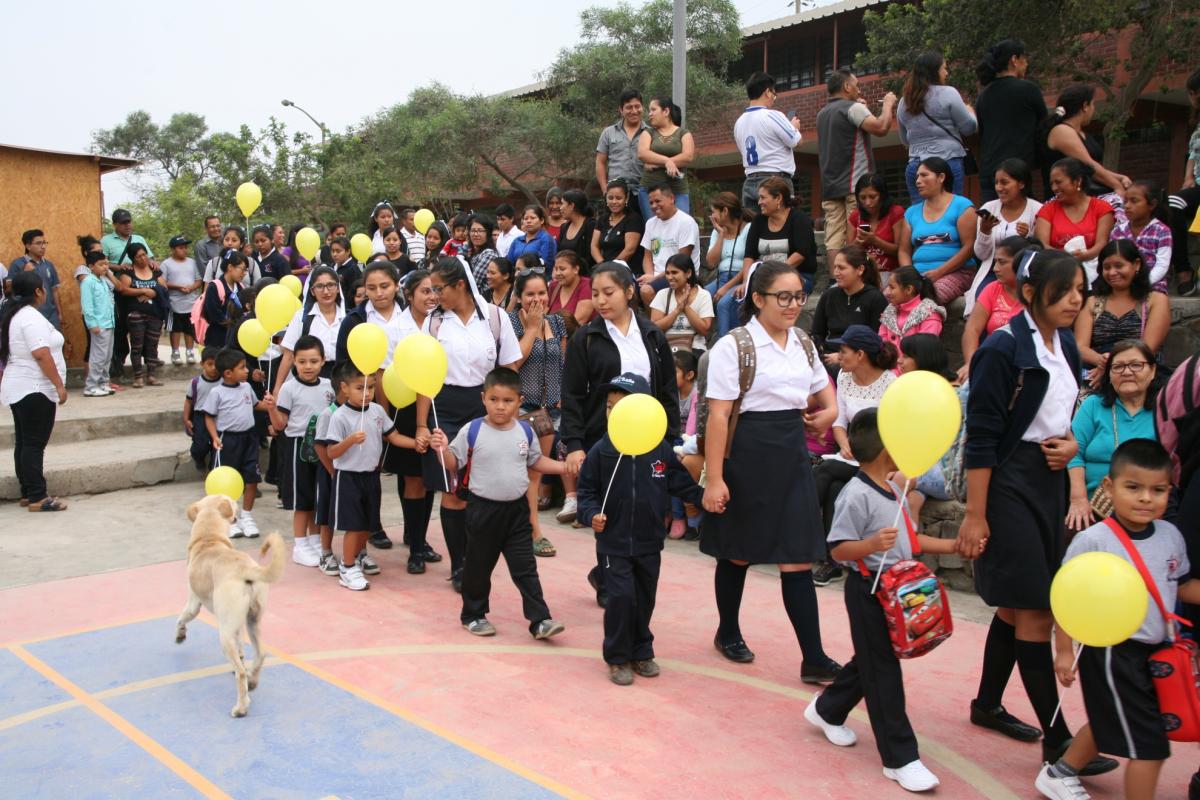 New staff were introduced, form tutors were identified – everything accompanied with photos.  Keeping up a tradition of many years standing, former pupils from last year’s leavers attended the assembly and then gathered in the library for refreshments and sharing their latest news.  A larger group returned in the afternoon for further celebrations, making ample use of my cameras.  What was pleasing was that most of them had either places for further education or had jobs.  Over the next few days, other former pupils called in. 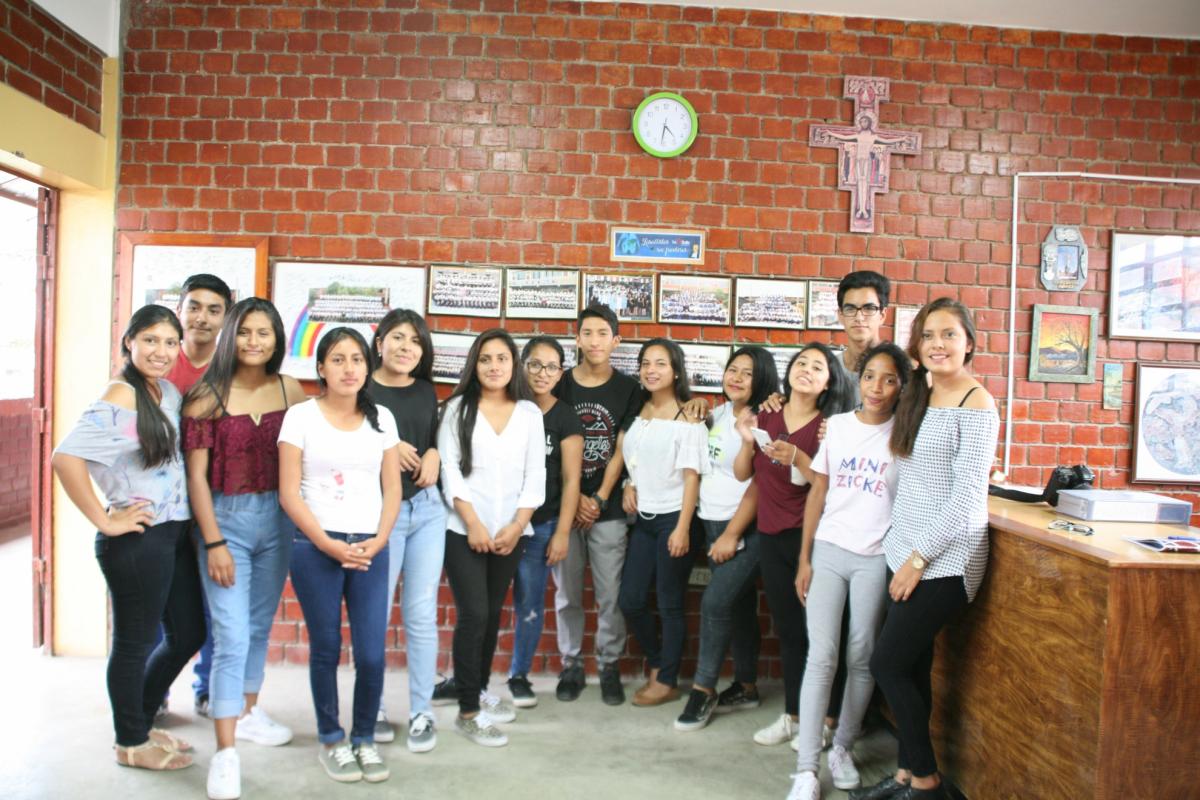 Not long in to the school year Peru found that it was without a president as the incumbent had resigned.  I don’t know all the details but there had been quite a long on-going investigation in to some suspicious financial transactions.  The vice-president, now acting president, and a new cabinet have since been installed.

Holy Week was quickly upon us.  The secondary pupils produced some very thoughtful wall panels.  The primary pupils re-enacted the Way of the Cross in a very serious and respectful manner, each class being responsible for one of the stations of the cross. 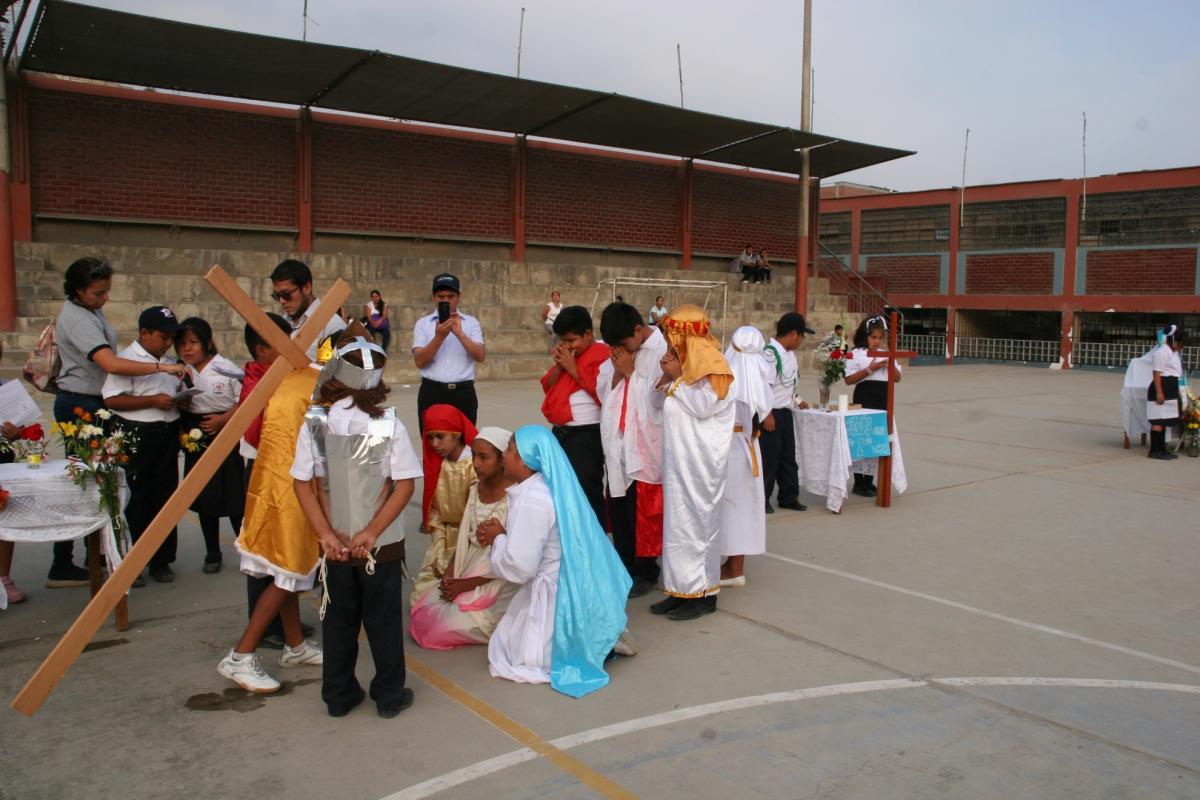 There were two ‘unannounced’ earthquake drills.  Normally there is a lot of publicity about the day and the time but for these two only senior management knew, to make it more true to life.  The two went off smoothly and all the pupils were assembled in just over a minute.  There is always the observation that the time must be improved on but as the pupils are forbidden to run I don’t see how they can reduce the time.

Maundy Thursday and Good Friday were our Easter holiday, so no classes but a group of 50+ pupils from our three Lima schools gathered here for a retreat taking in Saturday morning as well.  It was a very satisfying experience as there is always a good relationship among the schools and all know all the hymns, so there is plenty of good singing.  On Good Friday at the end of the Way of the Cross, there were some spectacular views of the moon – ‘low’ and ‘close’.   Unfortunately my photos did not really capture the moment but the moon did cause a stir among the pupils.  Saturday saw a very lively and joyful celebration of ‘goodbye’.

The pupils showed another aspect of their character in the way they tidied up the school leaving no trace of their having been here.  Very responsible.

Eastertide lasts for six weeks so I can still wish you every blessing of this wonderful season and thank you for your interest in our work here.