I didn’t write anything for January because I spent the second half in England.

I can’t quite remember what was the final news in my December letter so I’ll mention just the last three most important activities – the fiesta for the leavers on 23rd, the inauguration of the school chapel on 28th and the closure of the school year on 29th with the presentation of certificates, commendations etc.

The New Year started in the normal way – very loud fireworks.  On 5th all the Brothers went to Chaclacayo for the annual retreat.  The grounds of the venue were very well kept and it was very peaceful, quite a contrast to here which is always noisy.  At the end of the retreat, we had the naming of the personnel in the communities.  We have one change here – Emilio has gone to Lima and Angelo has joined us from the house of studies.

On 14th there was a strong earth tremor with fatalities and damage to buildings.

On 17th I left for England and arrived at Oxford on 18th to slightly different weather from here.  I found it quite refreshing though the wind did no favours to my face.  I enjoyed my time with plenty of walking and meeting up with Brothers and friends.

I left on 22nd February and arrived in Lima at 6.50 am on 23rd to be met by quite a chilly mist – reminded me of the sea frets when I was in Brighton years ago.

A lot of work had been done in my absence.  A large part of the outside of the school has been painted.  Ran out of paint and money before the final block could be done.  Also extensive areas, previously of sand and dust, had been concreted over.  In several classrooms the old-fashioned and not very practical windows had been replaced.  The new windows and grilles look smarter but they are a great design for gathering dust and make the cleaning of the windows quite tricky.  If they get round to the library they will use a different design, something I hope will make it easier to clean the windows, instead of having to stretch outside rubbing your arm against rough concrete.  I have just finished doing that job. 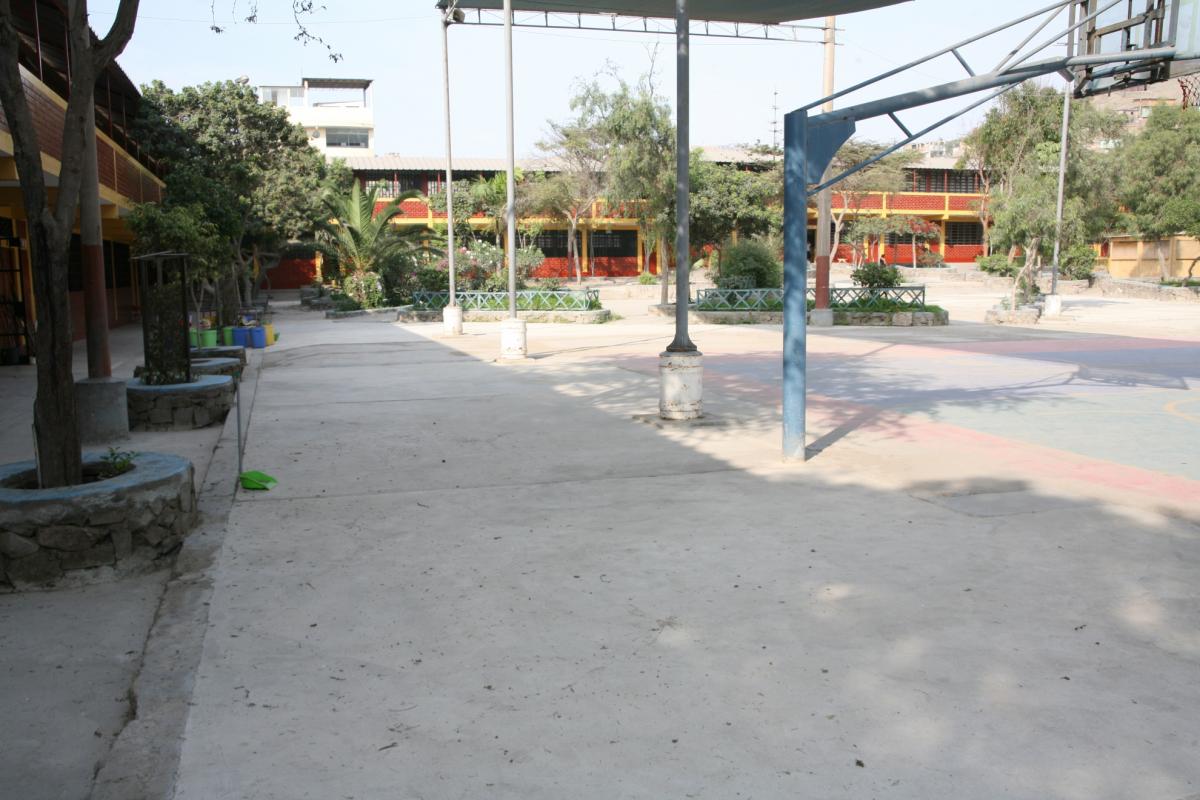 There has been a constant flow of people in the school as parents are completing signing on (annually) and others are looking for places.  I feel sorry for the former pupils who have been disappointed.  In fact the only vacancies are in the kindergarten, though there are always a few places because of families moving or changing schools.  One former pupil has been here daily, all day hoping for a vacancy in 3rd year primary.  I’d give her a place just for perseverance.  The girl could use the teacher’s desk if necessary.

Of course there is another problem, that of stationery materials.  I’ve mentioned it before – this is an immense industry, so much so that the big supermarkets allocate a huge floor space for all these materials.  Temporary markets are constructed along the roadside.  Small shops also get in on the act.  Hundreds of parents are walking around with lists of various lengths – primary are always the longest and cost more.  It can be a tremendous burden for families, especially, as is often the case, there are more than one child in school.  Some older pupils will not be in school at the beginning of classes as they will be working to get the money for their materials.  I tell them to buy the cheapest exercise book for me.

On 1st March new teachers and those on temporary contract came in for staff training and then on 2nd, all personnel.  All this in preparation for the start of classes on 12th March.  The day before, there will be hundreds of parents cleaning and preparing the school for the inauguration of the new school year.

The next time I write Lent will be over and we’ll be in the lovely season of Easter.  So may I wish you all the blessings of Eastertide, especially that which Jesus mentions often after the resurrection – peace.