Saturday, 9th December, was different as it was the first Saturday for some time when we didn’t have classes.  Also 8th was a national holiday so it made a nice long weekend, except for the primary teachers who opted to work normally on 8th and so avoid working on 23rd.

We had the obligatory elections for the municipio – school council.  Three ‘parties’ stood and on the Monday they had an open debate to proclaim their manifestos . 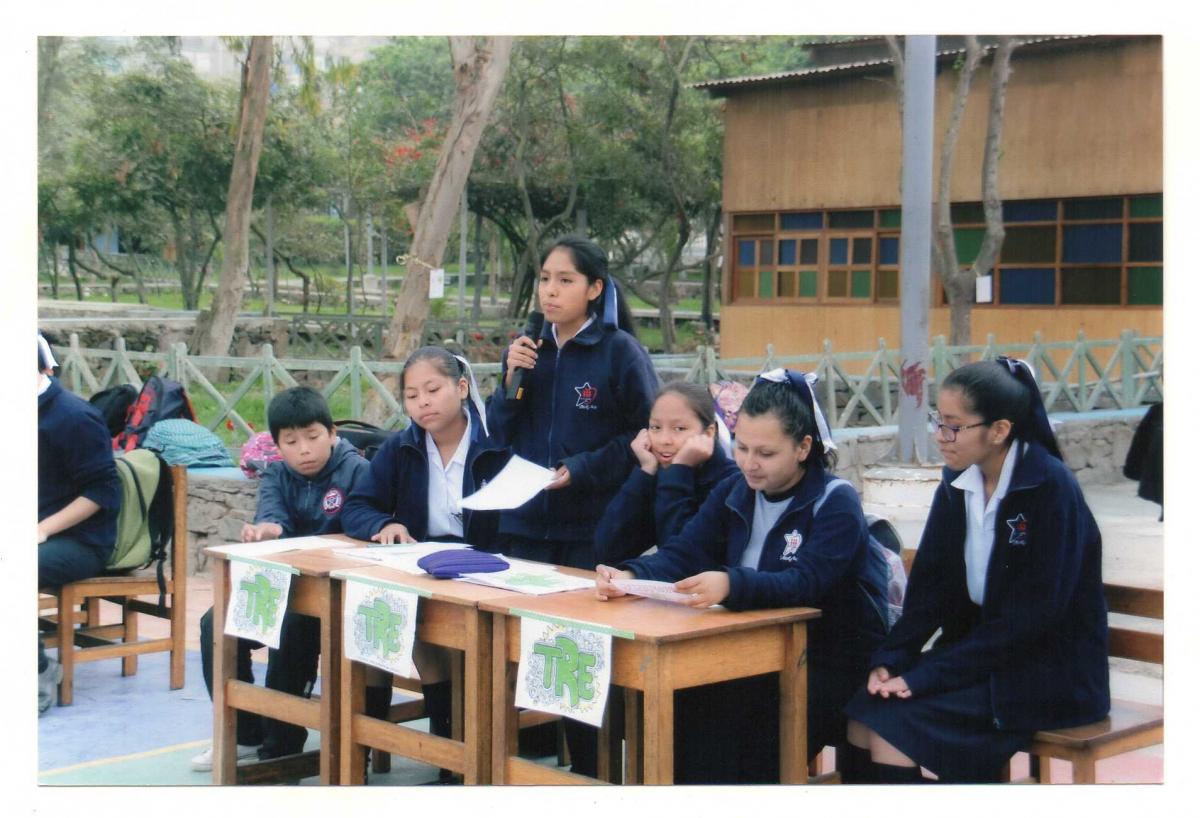 On the Wednesday there was the actual voting.  This was the first time it was done electronically, i.e. they simply touched the screen on a computer.  In this respect it was quicker but there was still the process of ID cards, fingerprint and signatures and the reconciling of numbers with names.  Certainly the ‘counting’ was more efficient.  We now have to see if promises are kept. 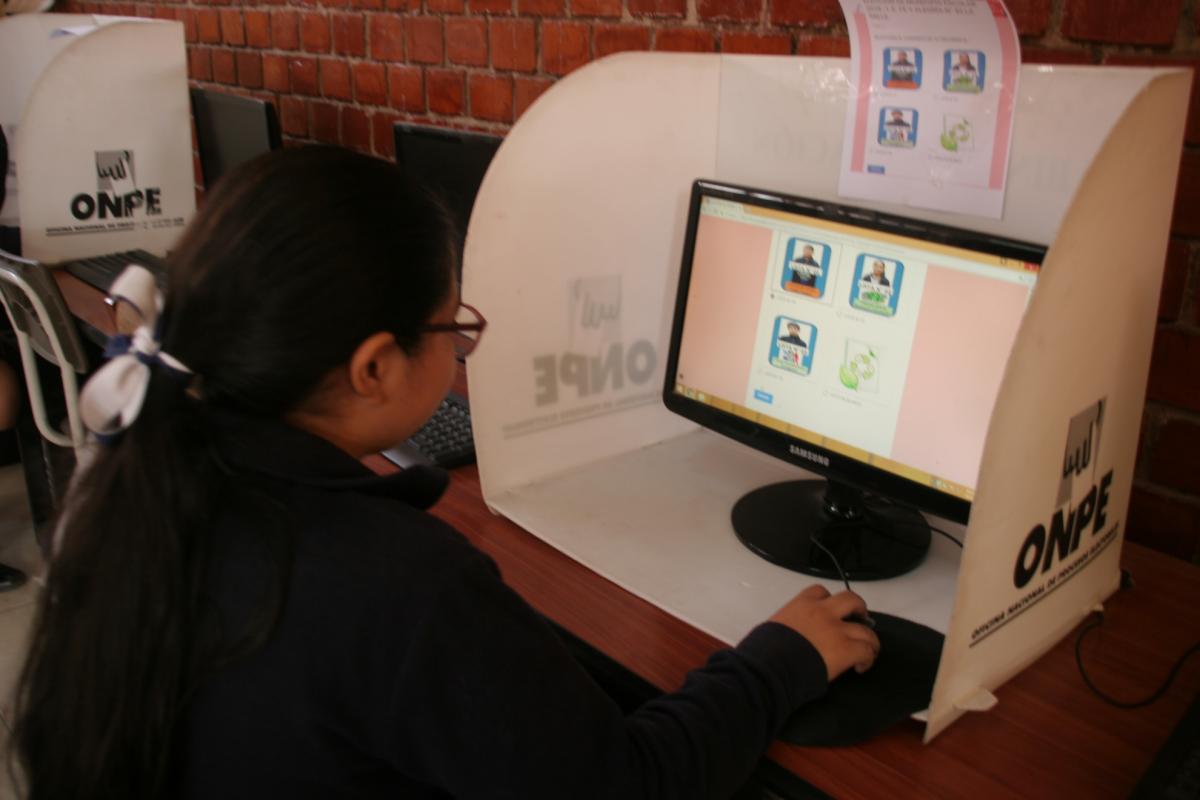 The next day was the Day of Achievement, the second obligatory day.  It was wet and dismal for quite some time.  It was on a Saturday so it was hoped for a large turn-out but fewer parents than usual came and they were mainly primary.  The numbers drop each time indicating either that the parents are satisfied with the way things are going or they find it a waste of time.  It always entails a lot of work for staff, especially in the workshops. 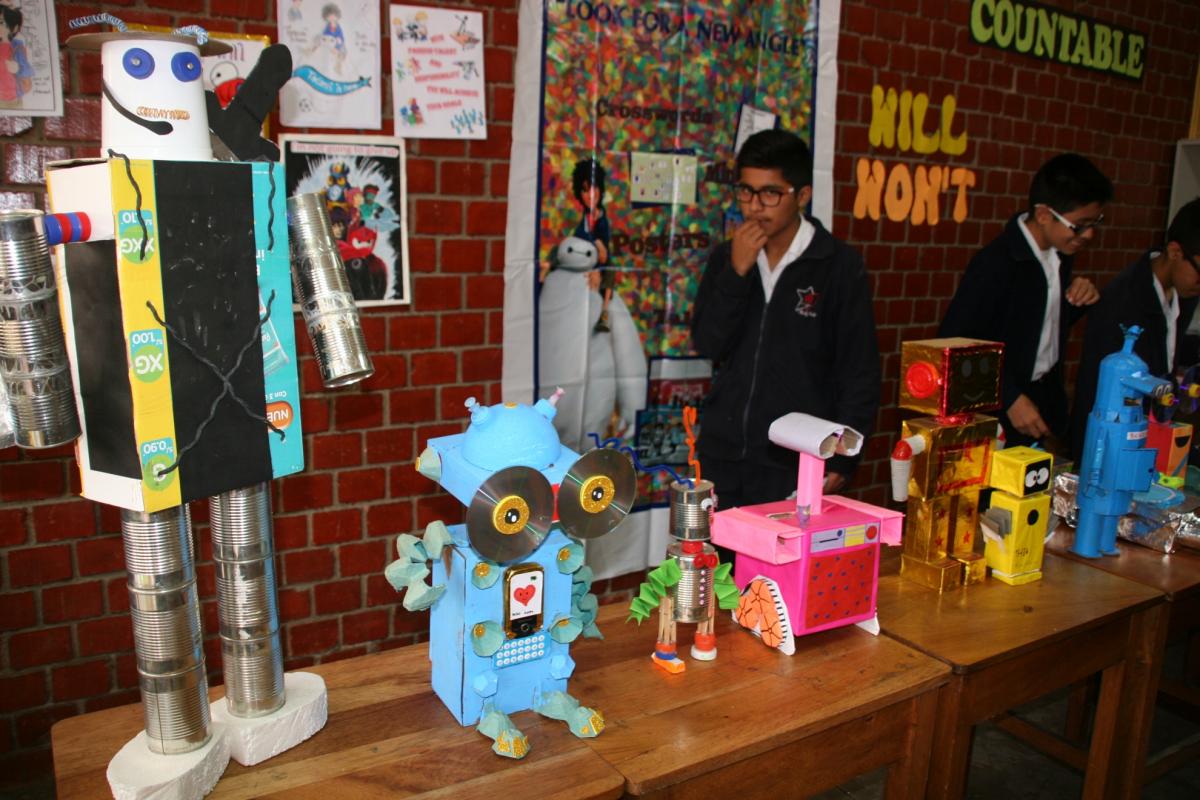 Later in the afternoon, the municipality took over our coliseo for the distribution of Christmas presents to children in the area.

Classes finally came to an end on 23rd – Saturday.  I mentioned last time that 5th years, especially the girls, were worried about not having sufficient time before their fiesta.  There was no need for worry because after classes up to break all the pupils went to their form rooms for a sharing of food and drink and then home.

In the evening was the fiesta of the promoción.  The venue was not all that easy to get to but it was pleasant inside.  All looked very elegant.  There were speeches from representatives of the mayor of Ventanilla where the school is and of the mayor of the region of Callao, of which Ventanilla is a part.  Mementos were given from both.  The celebrations carried on till nearly 4.00 am – the venue was booked till 6!

Teachers returned to school on 26th mainly for completing all the documentation for the end of year.  On 28th we had the inauguration of our new chapel.  The director general of Fe y Alegría came to say mass and bless the chapel. 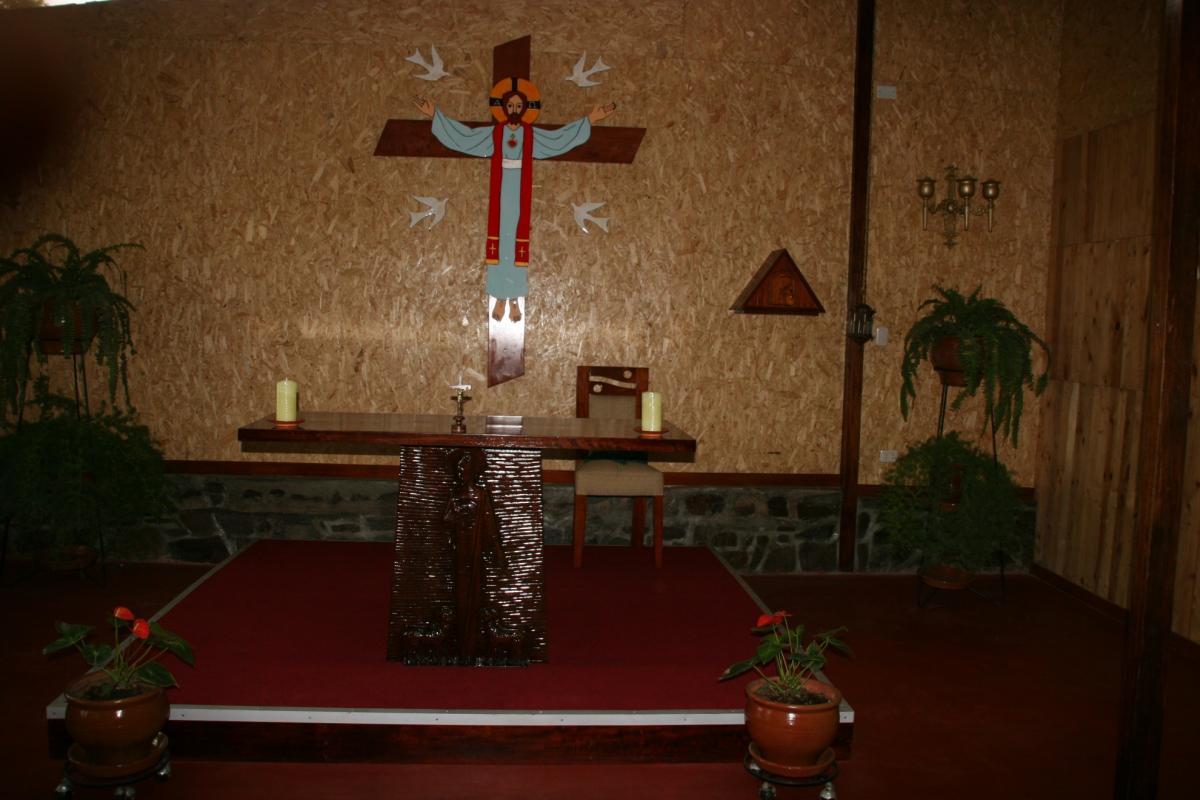 It was a very pleasant ceremony.  The chapel had originally been conceived as an art studio, then for drama, then for various activities that needed more space than a classroom .  During this time insects had been quite merrily eating away at the woodwork.  It became necessary to renew virtually all the fabric.  This was done and coloured windows were put in.  Brother Augusto put his artistic talents to work and with the skill of a couple of our maintenance men produced a very pleasing area. 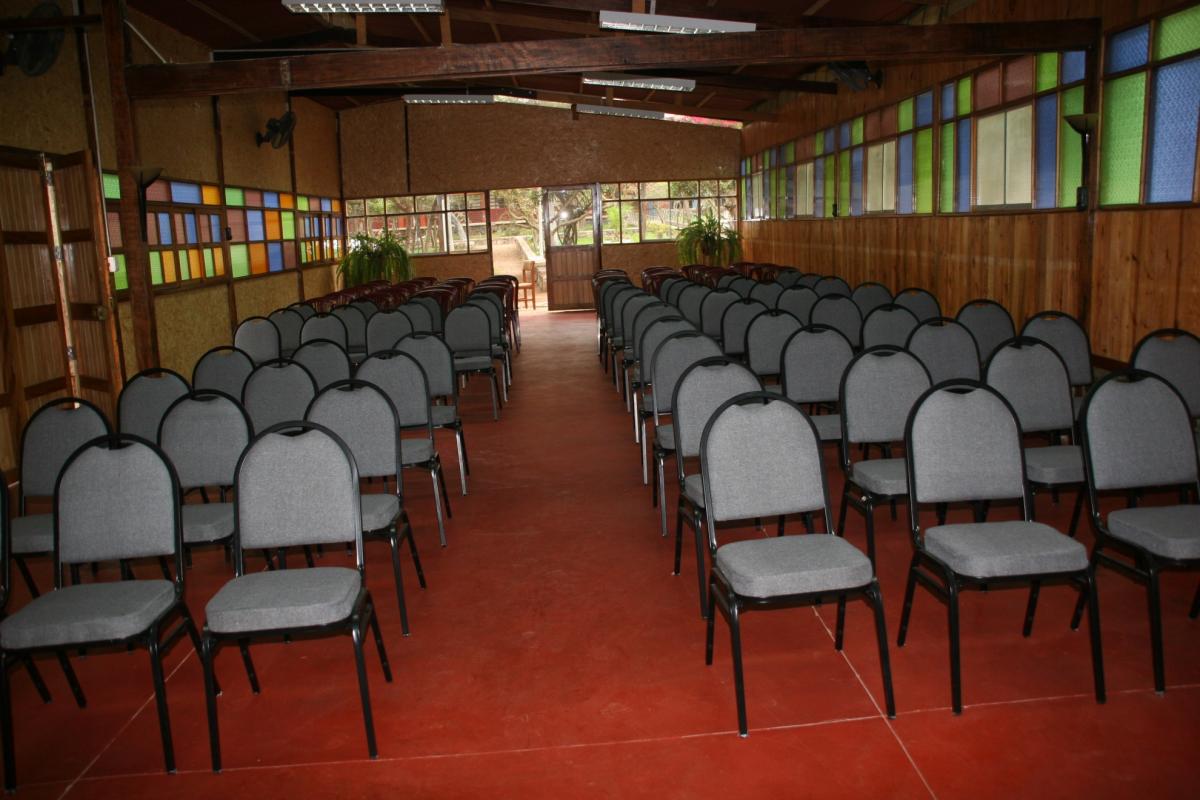 After these celebrations all the staff retired to the library for the traditional chocolatada – hot chocolate and panetón.  A few words, a Christmas song and then back to work. 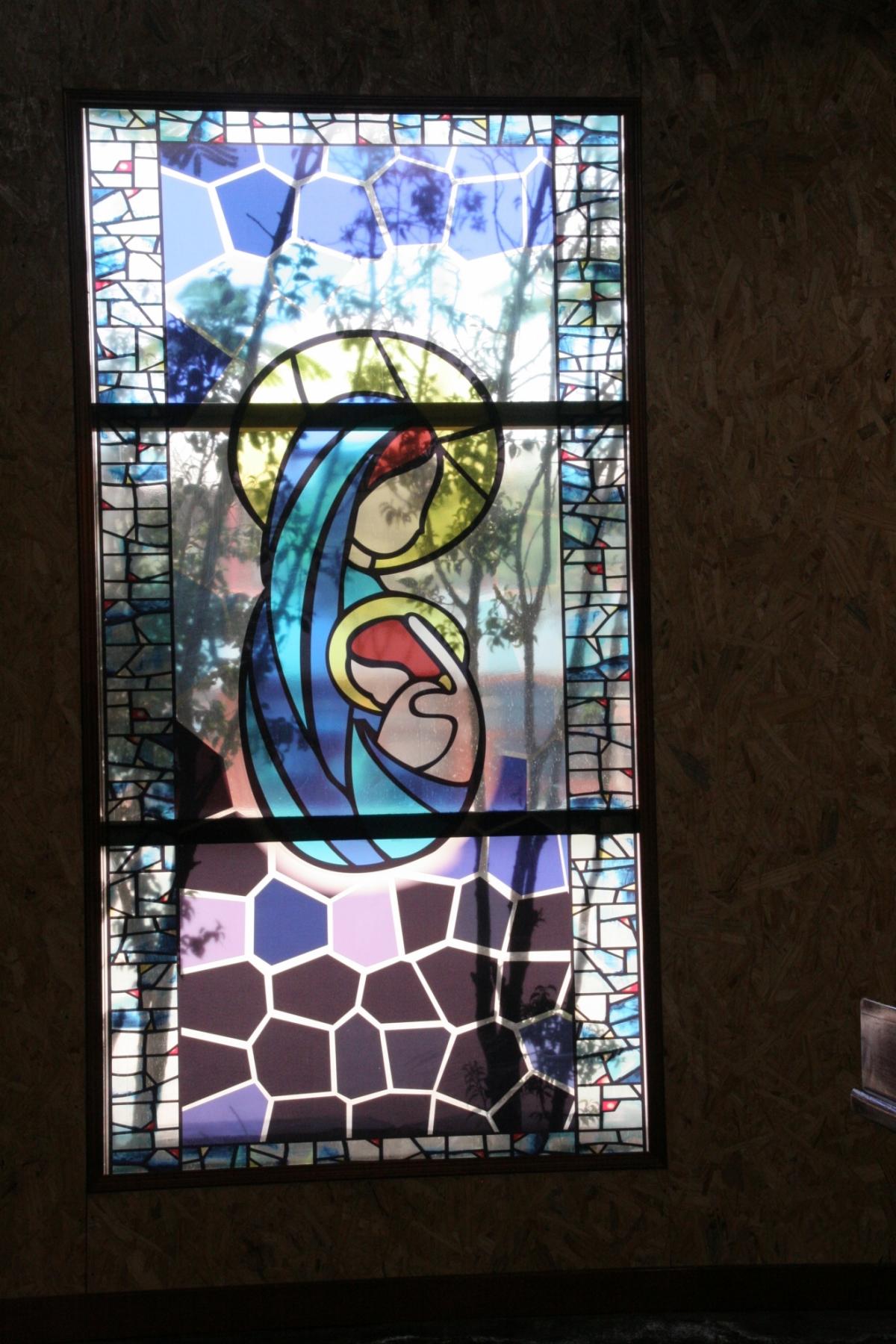 On 29th we had the official closure of the school year.  The primary closure took place in the morning.  It was providential that it was an overcast day as it would have been quite uncomfortable in the sun.  Diplomas and certificates were given.  Then the parents retired to the various classrooms to receive the end of year marks.

In the afternoon it was the closure of the secondary pupils.   This is always longer with more diplomas – positions in class, in workshops, sports awards.  The highlight is the reading of the top ten places in the 5th year, the accumulated marks over the five years of secondary schooling.  These can often lead to scholarships for universities or financial help in studies.  The great relief for the 5ths was that there was no one who had to repeat the year because of failed courses.  Again parents retired to the classrooms for the mark sheets of their children. 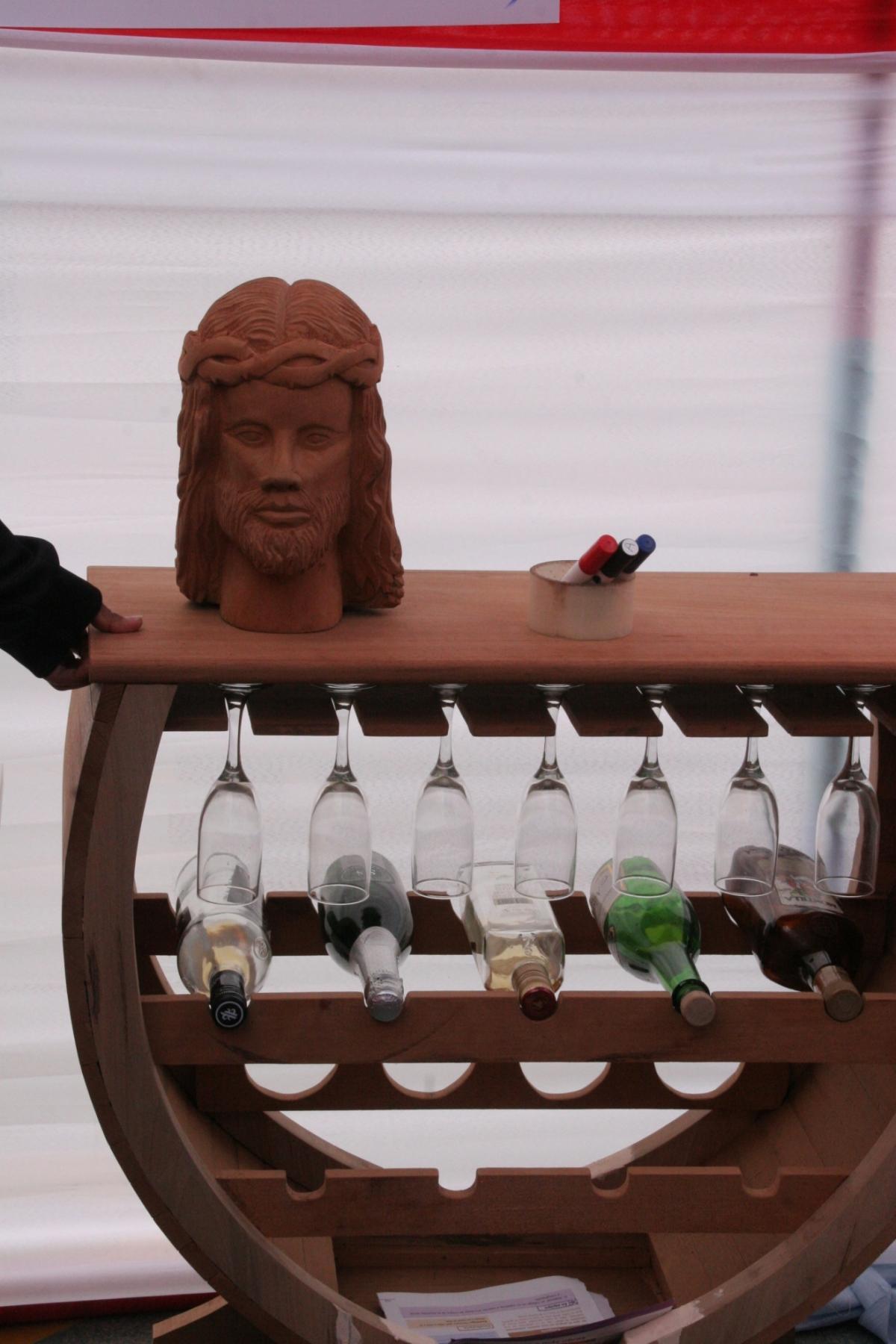 I invited the 5ths to the library for a final farewell.  There were nibbles and drinks.  Some pupils recounted their experiences or memories of school.  A lot of time was taken up with photos and writing messages on shirts and blouses.  Quite a few tears were shed as it dawned on them that this was there last day in school; that they were now former pupils.  We can only pray that all will go well in their lives.

30th was a very wet day- no rhyme or reason in the weather, especially as 31st was a hot, sunny day. It was interesting to see the shops quickly changing their wares.  Up till 6 on Christmas Eve food and presents and then a quick change to fireworks.  The next day the whole place was a mass of yellow – the colour considered lucky for the New Year. Midnight brought the loudest display of fireworks in my time here.  It was a real barrage of sound as many prefer the bangs to the pretty colours.

The school is peaceful now though there is quite a bit of banging as the old windows are being removed from some classrooms to be replaced by more modern ones. The new school year will start in early March.

May I wish you all a peaceful and satisfying 2018.