The weather hasn’t quite made up its mind yet with a mixture of chilly, damp mornings and quite warm afternoons.  Today Saturday, (in school, with five more Saturdays to go) it’s dull and a bit chilly.

At the beginning of the month we celebrated the Day of the Young Girl.  This goes back to the inspiration of an Englishman who just after the Spanish civil war decided something should be done for the girls affected by the war.  Hence was born Plan Internacional, now in more than 70 countries.  For the day, a girl was chosen to be the Head of the school, officially installed by a representative of Plan Internacional and one from the district education office. 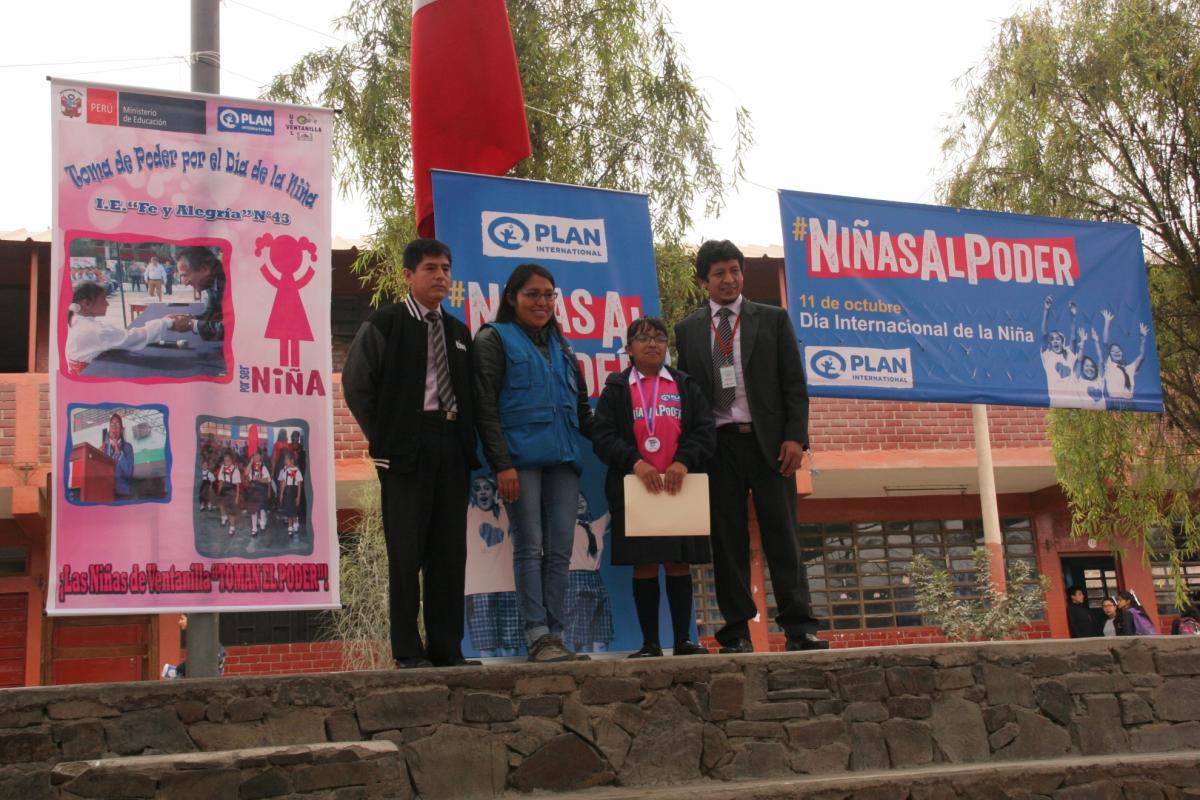 The new head, Guadalupe, visited classrooms, held a staff meeting and met with the management team besides other duties.  If this was not enough, a few days later she was installed for the day as Director of Education for the district.  She conducted herself very well.  All perhaps a bit gimmicky, but it did help to emphasize the importance of women in daily life. 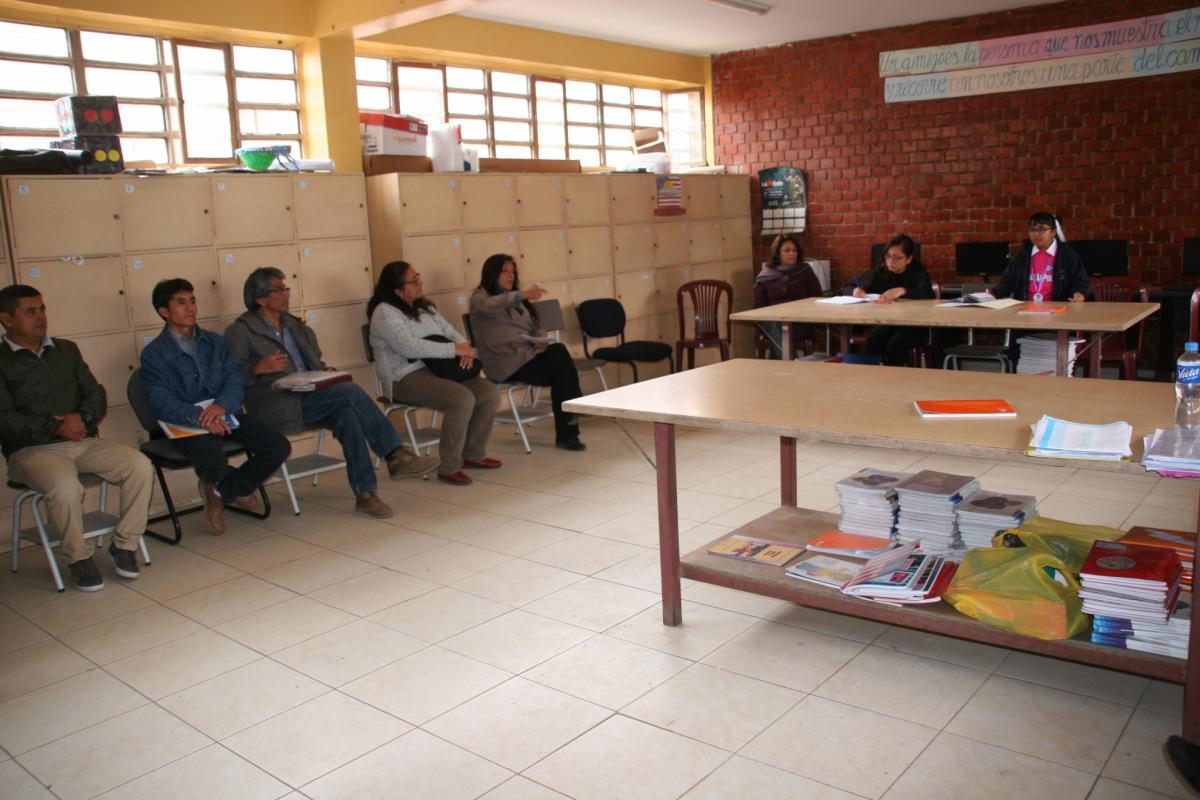 A very important event was the World Cup qualifying game of Peru v Colombia.  The local town was bedecked with red and white and all kinds of memorabilia.  Shop and bank assistants wore replicas of the team shirt.  School ended at 4.00 (instead of 5.40), as did many shops and businesses.  Apparently the Pan-American Highway in the area was quite deserted.  When Peru scored an immense roar went up from thousands of houses in the area.  Fireworks, more like explosives, were set off.  The draw means that Peru now travel to New Zealand for a further qualifying game.  A win would have seen them through.  There is great sadness here that it’s over 30 years since Peru was in the World Cup finals so everyone is hoping.

There were two national earthquake drills, still appropriate as there are the occasional earth tremors, one very short but powerful.

On 18th we celebrated the 26th anniversary of the school – the custom over here is to celebrate each year and not just special anniversaries.  We started off with a school mass, the celebrant being the Director General of Fe y Alegría in Peru.  Five teachers were presented with plaques and certificates in recognition of 25 years’ service in the school.  The pupils were then dismissed and there were inter-staff (primary, secondary and technical/kinder garden) games of fulbito and handball.  The teams were mixed and only the ladies could score.  There were some very amusing incidents.  After a break the whole school personnel had a very nice lunch during which there was a draw for various gifts, thanks to a local politician who is up for election next year as mayor.  He also donated all the food for the 5th year pollada (chicken barbecue) and is sponsor for the former pupils’ championships, with gifts of footballs and volleyballs.

The championships started on 21st with a short religious service recalling the twenty two former pupils who have died.  Some of the parents were able to attend.  The start of the games was delayed while we waited for the politician to come but then it was back to the ferocious competition as always.  Off the field or court, the atmosphere is always very friendly as many friendships are renewed after a year.  It is good to meet up with many old faces and to see how well many of them have done.  The games will continue until early in December.

The next day saw the national census with a law of immobility (people had officially to stay put in their houses from 8.00am to 6pm or until the census officers had visited and asked all their questions).  It was quick and easy for me – name, age, time in the country – but for the householder all kinds of questions, including, for example, the number and types of electric domestic appliances.  Obviously the immobility was not popular with many businesses.  Nature seemed to agree as there was a quite a strong earth tremor in the evening.

There was a change from the normal earthquake drill.  The pupils assembled in their usual places and then left the school to go to a sports area further down.  All this was a practice for two days later when the municipality had an official drill.  I’m not sure what exactly was the purpose as over a thousand people walking through the streets did not seem extra safe to me.  They also spoke about a tsunami possibility.  The whole process took nearly half an hour.

We were certain days without water in the school, (five other schools as well) as the education authorities had not paid the water bill.  They blamed the Region.  It was all finally sorted out but much later than they promised.  With 1600+ people in the school, it did cause problems.

As always, thank you for your interest and support.

If you would like to make a donation to the charity please email your details to feedback@deliaonline.comand we will be in touch.  Thank you.