On 10th July 26 volunteers (staff and pupils) came from one of our schools in France to work for three weeks on various projects.

On the 11th they were officially welcomed at the assemblies of secondary and primary pupils.  It was a damp, chilly morning, not like the weather they had left in France.

There was an embarrassing, though quite funny, moment when after the national anthem of Peru we had that of France.  I don’t know where the copy came from but it was by a lady singer with an incredibly high voice accompanied by some very strange harmonies of other singers.  That would not have been so bad but the person handling the equipment had no idea when to cut the music so we stood there for I don’t know how many verses.  The French obviously did not know all the words, as would be the same if in England they played all the verses of ‘God save the Queen’.  All was taken in good spirit.

The next day all the secondary pupils took part in the national Maths ‘Olympics’.  I don’t know when the results will be made known.  The winning school will, I believe, be treated to some form of foreign trip which takes some imagining if we are talking of hundreds of pupils. 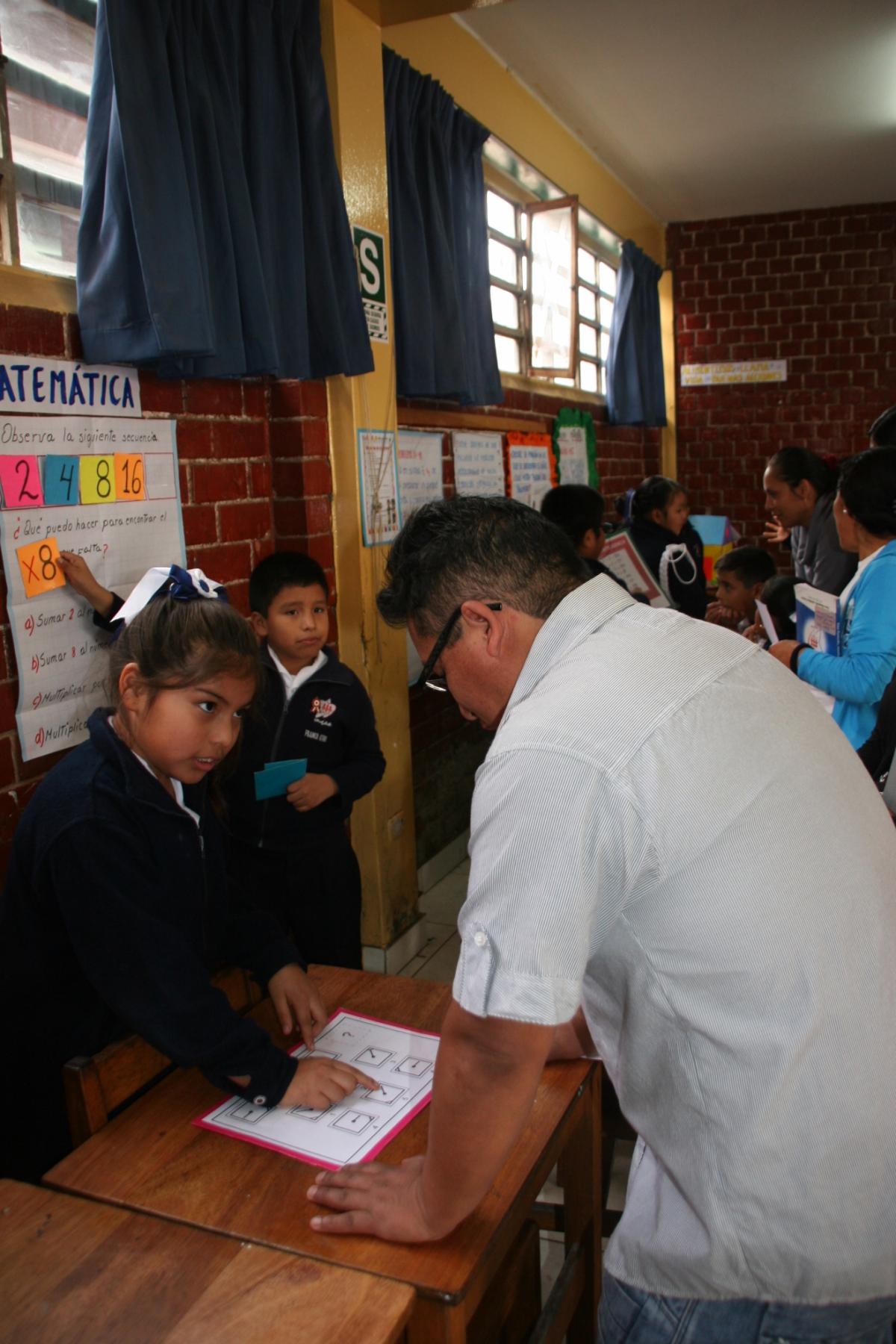 After a day’s breather the 5th year pupils did the aptitude tests for the Sedes Sapientiae University.  I don’t know how many had that university on their list, not many I would think.  Again I haven’t heard of any feedback.

By this time the volunteers were well settled in and were involved in the work of preparing the foundations for a large storeroom – quite heavy work.

Others were engaged in making the framework for four small interview rooms.

As all were not involved in these two activities, the remainder did some painting.  They used a bright light blue to paint the concrete tops of the various small walls around the school.  If they were going to do something to the walls I would have preferred a strong clear varnish.  The blue has already become dirty and worn away in places but there was no doubting the enthusiasm of the volunteers. 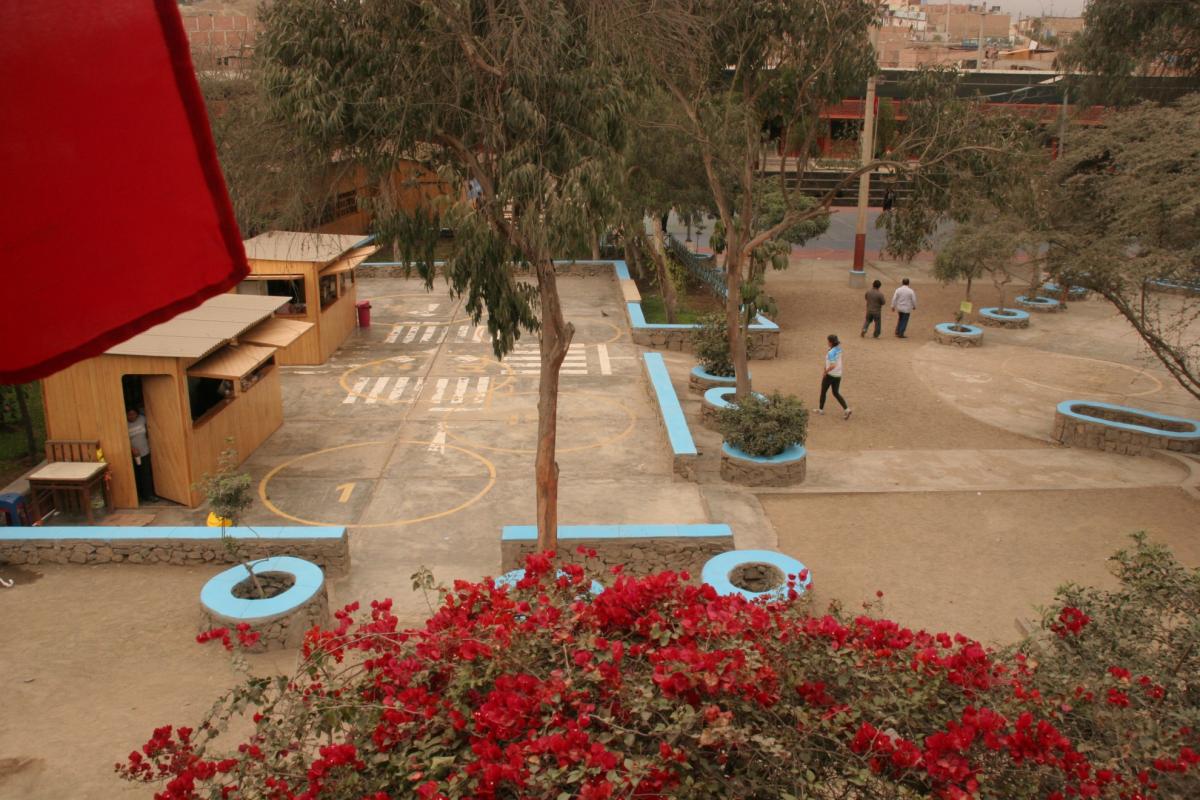 On 21st we had the first Day of Achievement – an obligatory open day so parents can see the work of the various classes and courses of the school.  In the morning it was the turn of the secondary pupils and in the afternoon of the primary pupils.  The turnout of parents for the morning was poor – many could not afford to take time off from work.  The most popular areas were the workshops, the bakery workshop particularly with its various products.

Many parents wanted, as in previous years, to buy the cakes and biscuits etc. but an edict had gone out that it was forbidden to sell products.  I’m not sure if this covered all products because carpentry and dressmaking seemed to have prices.  All the spaces had to be cleared at midday so the primary classes could prepare their exhibits.  There were many more parents in the afternoon.

During the morning a group of thirteen 4th and 5th years, a teacher and a Brother left for the misión in the Andes.   They would link up with pupils from our other schools to spend two weeks working with the people in poor villages in the area of the Sacred Valley, near Cusco.  They did not go empty handed as there had been collections of food for some time previously.  There is great competition for places on the misión despite the living conditions and hard work.  Though our children are poor they are always shocked by the level of poverty of the people they live with.  They will return tired, with blistered hands but very happy and proud of being part of such a worthwhile venture.

With the end of the open day, under normal circumstances, we should have started our mid-year break but, as explained previously, we had to ‘recuperate’ the three final days of lost classes, so Monday was classes as usual.  In the morning another edict went out that there would be no classes on Tuesday or Wednesday but at later dates.  The news could have been given earlier as the three days had cut across many people’s plans.  I wonder if there had been agitation from the unions.

The school was obviously very quiet for the rest of the week yet the peace was broken by the sounds of drills, hammers and cement mixers.

Besides the construction of the storeroom, new windows were being installed in the classrooms of the youngest pupils to give more light.  Previous stone steps and ramps were being replaced by more convenient and safer concrete steps.  Concrete was being laid in other well-used areas.  So the holiday time has been well used and a lot has been done in a short time. 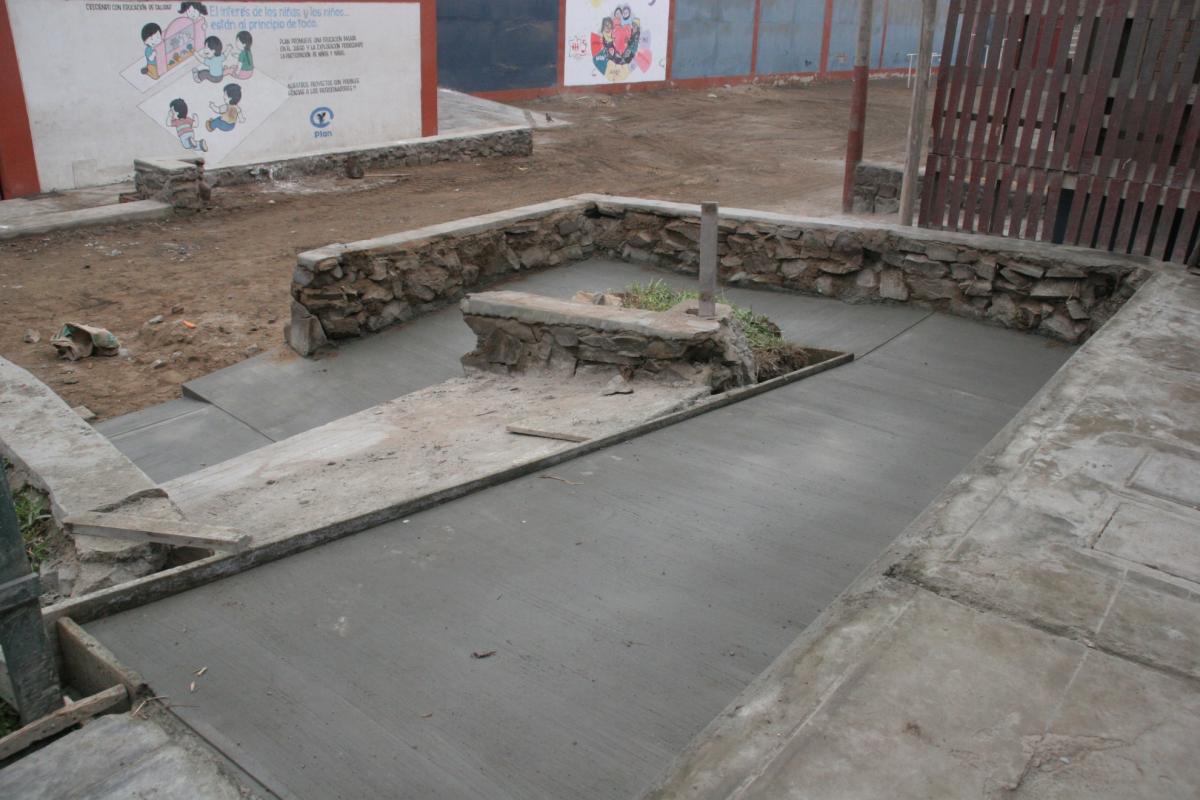 The French volunteers left us on 31st.  They seem to have appreciated their time here and several of the girls were crying as they got on the bus to take them to the airport.  A farewell had been given them at the previous school assembly which was made more memorable as it first dealt with Independence Day (28th) and then three 2nd years (year 8) beautifully performed the marinera, a traditional dance of the coast.  At their first assembly the volunteers had been greeted with a dance from the jungle.

So the second part of the school year starts on Monday.

May you all have a pleasant, safe holiday period.  As always, thank you for your interest in us.