A mixed month weather wise with damp, chilly mornings, then pleasant sunshine in the afternoons.  One afternoon was just like summer and caught lots of people in their winter clothes.

On Saturday 10th June we had classes to make up lost because of the floods.  We’ve still got three more days to ‘recuperate’ but those are coming out of our two-week mid-year break – not a pleasant thought!

Father’s Day was celebrated on 16th but it was very low key after all the activity on Mother’s Day.  Really it was just a staff lunch with a present for each dad and afternoon classes as usual.

The school is part of a national organization propagating the responsible use of water and health related issues – SUNASS, Superintendencia Nacional de Servicios de Saneamiento.  A representative came for a school assembly to talk about the work of the organization and to induct several new members in the Brigade.  They work in the school to promote such things as not wasting water, care of the toilets, control of litter.  They all seem proud of what they are doing. 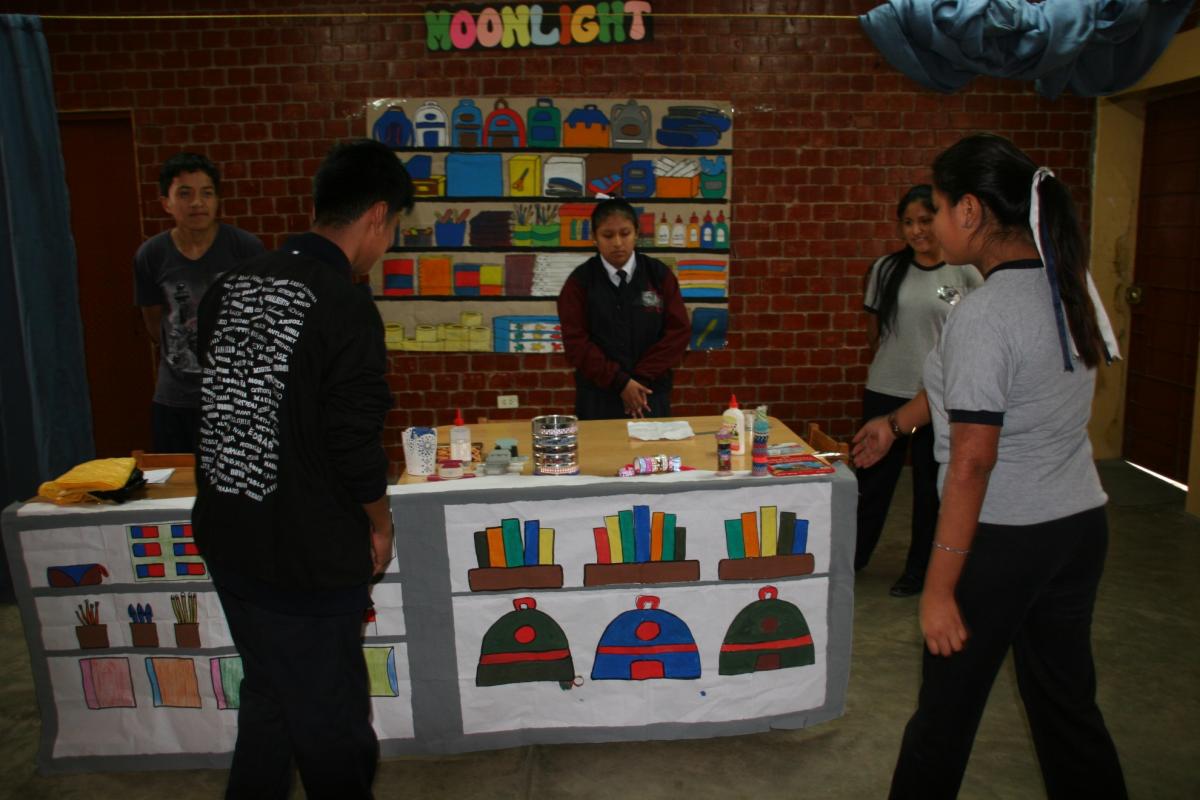 In the 5th year they finished their project “Going Shopping” in English.  The library saw itself as various clothes shops, bookshops, restaurants, a catwalk for a fashion parade.  There was plenty of creativity and enthusiasm and I admired the way one group ran a Peruvian restaurant in London, serving typical Peruvian dishes – the genuine article!  It allowed for a waitress in national dress and a guitarist singing an English song.  In the evaluations afterwards all the groups expressed satisfaction and how much they enjoyed it.  In general the English wasn’t too bad. 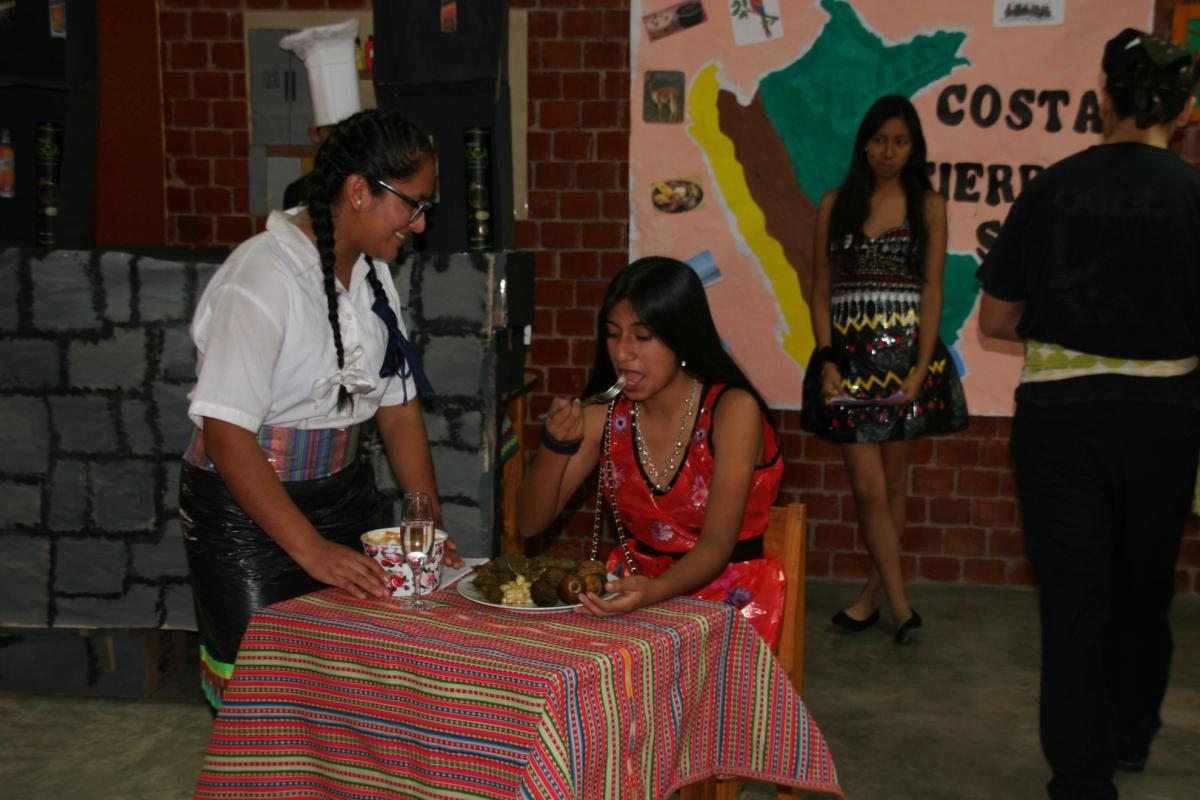 The highlight of recent days was the celebrations for Day of the Teacher on 5th July.  It is a very big event in Peru.  There were no classes but the whole school assembled to pay tribute to the teachers.  The youngest pupils recited poems, older primary pupils danced.  The 3rd year did a very cheerful  folk dance which they obviously enjoyed. 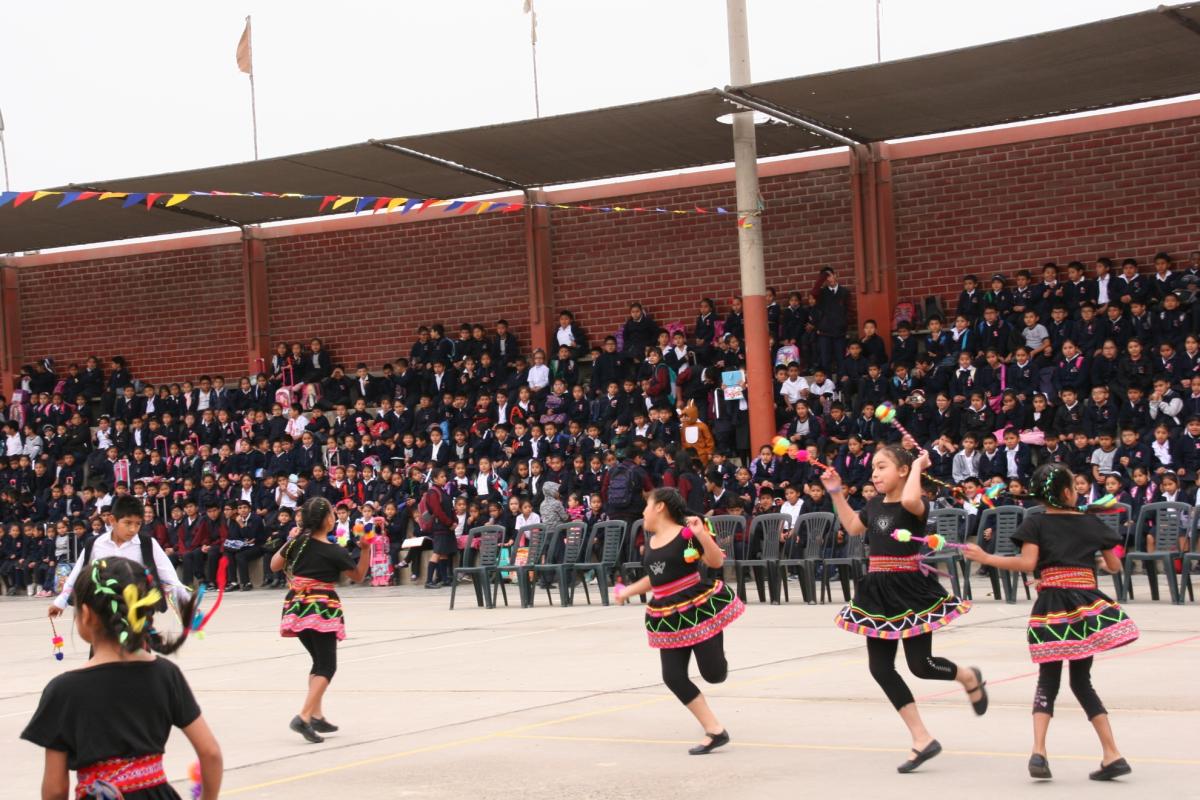 A 6th year girl did a very good impersonation of Michael Jackson.  Her ability was impressive but more so her complete confidence. 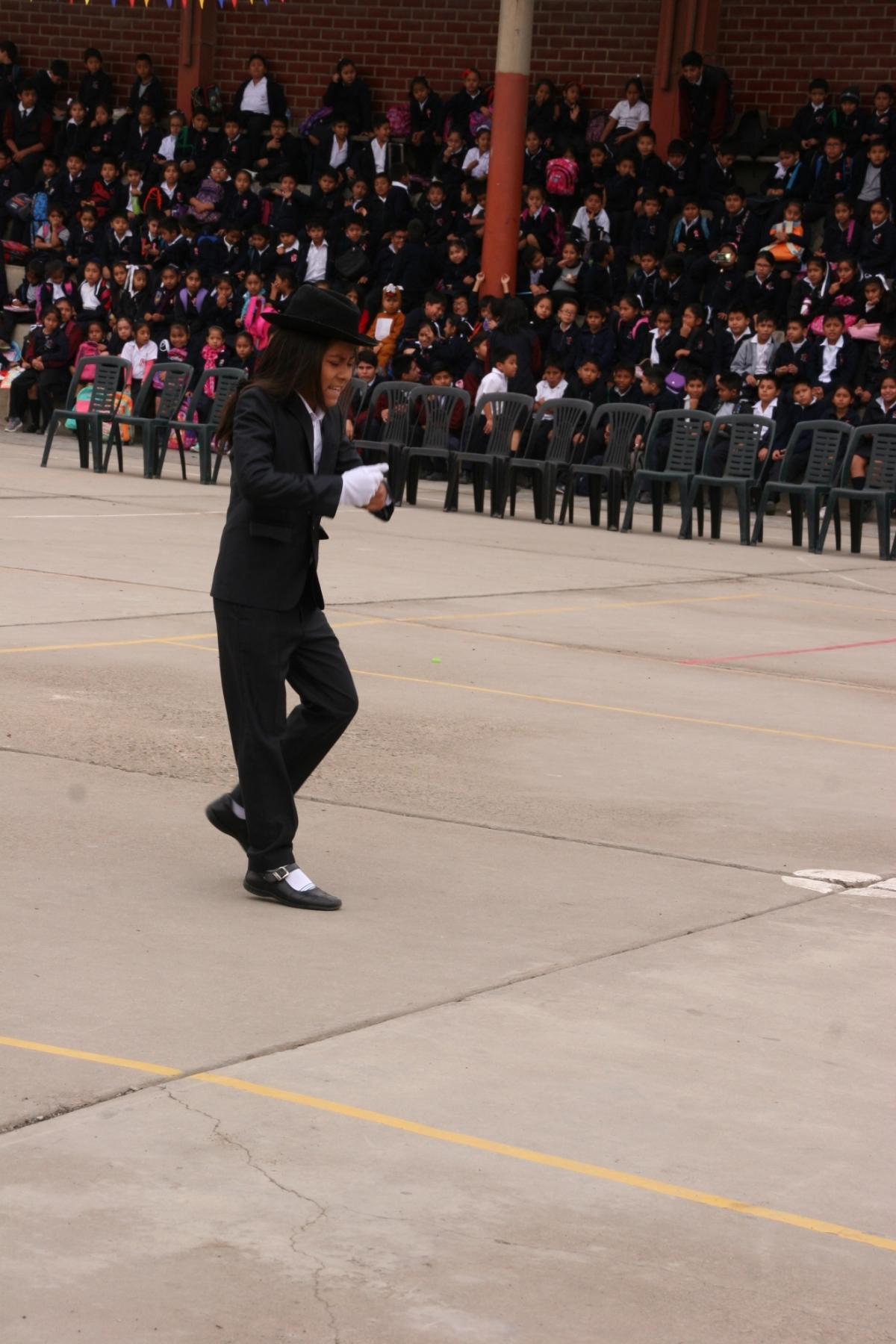 The secondary pupils performed sketches and dances of the jungle and mountains.  A very fitting finale was a ‘mix’ (as they call it here) of ‘classics’ –‘Grease’, ‘Magneto and YMCA’, ‘Jailhouse Rock’ and ‘Thriller’ with all the dancers joining in at the end.  The ability and enthusiasm were excellent.  An outstanding feature was the make-up of the zombies in ‘Thriller’.  Three 5th year girls really did a good job.  During the performances 5th year pupils distributed presents to the teachers.

When all the celebrations were over all the staff went to a restaurant for lunch and afterwards the inevitable dancing.  I went into town later and it was full of teachers with bouquets or presents.  On 6th, the actual Day, there were no classes.

To round off the week, on Saturday evening at 8.07 there was a very strong earth tremor.  At first I thought, by the noise, that it was a very heavy lorry but the sound continued, my room shook and, the clinching evidence was the mad barking of all the dogs in the area.  I haven’t heard of any injury or damage.

There are various other activities lined up for this month but more of those later.

I believe you have been having lovely weather.  May it continue in to your holidays.