There has not been a lot of activity in April.

One of the big banks sent representatives who distributed bags, satchels and stationery to the pupils.  Obviously an advertising ploy but it would be interesting to know how many of our families have bank accounts.  Even when wages are paid into banks by direct payment people use their receipt to draw the money out immediately, hence the huge queues at the middle and end of the month.  I’m sure the recipients of the gifts were not bothered by such matters.

So far we have had classes on two Saturdays to make up for classes lost by the flooding.  Two more Saturdays to go and then three days off the mid-year break at the end of July will complete the ‘recuperation’.

The main meeting room of the school – TV room – is looking very fine with new windows and curtains and freshly plastered and painted walls.  Lighting and the loudspeaker system have been upgraded.  There is a beautiful large wooden crucifix, a gift from our school in Lima.  The only blot on everything is the ugly concrete floor but the cost of covering it with something very hard wearing would be prohibitive, as would be the necessary equipment for cleaning and maintenance. 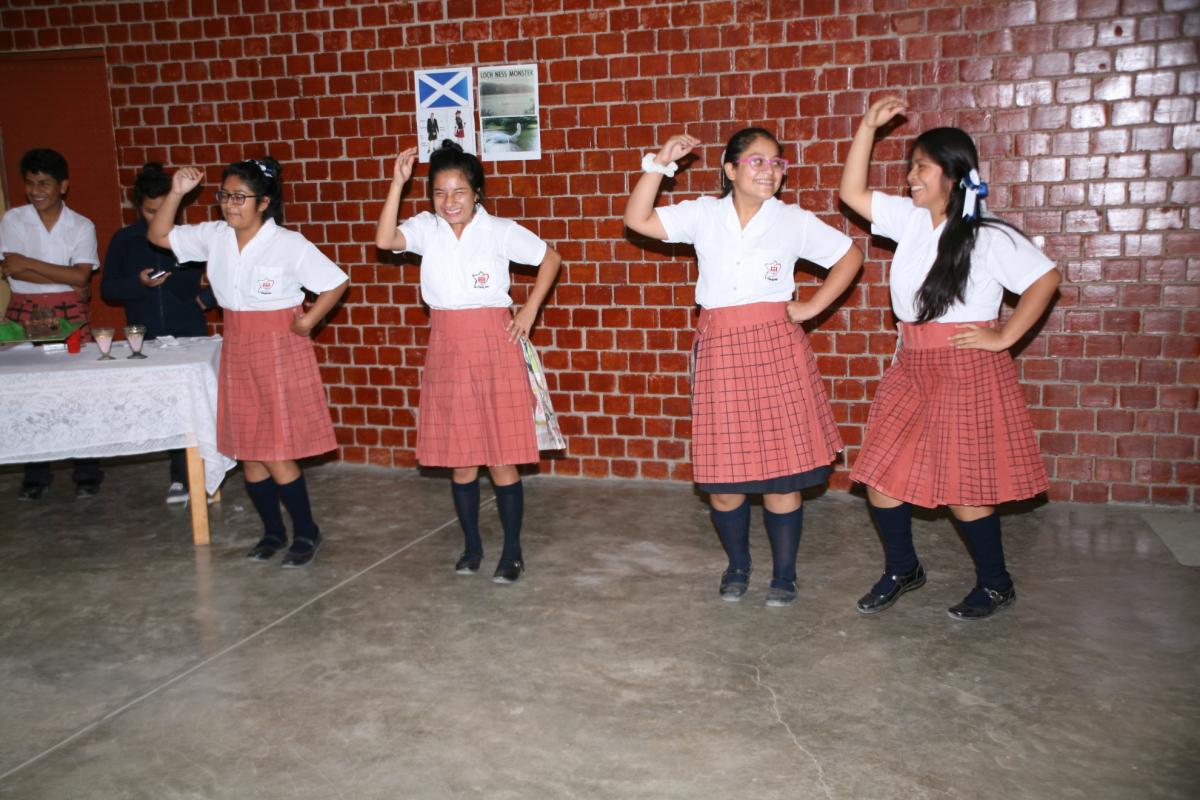 Six or eight dates have been allocated by the government for earthquake drills.  In preparation for these, lots of circles have been painted in the open spaces with numbers coinciding with the numbers on the various rooms.  The idea of the circle is to bunch the people together and I suppose limit risk.  The first drill went off very well with everyone assembled in just over a minute.  This is still considered too slow as vast damage and loss of lives have been caused in under a minute.  I can’t see how they can shave any more time off, especially as pupils are forbidden to run.

On Maundy Thursday and Good Friday we had our Easter holidays.  A group of 4th and 5th years joined two of our schools in Lima for a short Holy Week retreat.  It’s always nice to see how quickly friendships are made or renewed after previous encounters.

Easter Sunday was a very pleasant day, though I missed the daffodils.  After all my time here I still find it a bit strange working on Easter Monday.

The following Saturday, making up for a Friday missed, we celebrated Day of the Earth.  The primary classes had produced some very colourful and imaginative murals on the theme.  In the last hour of the morning the secondary pupils took part in a pasacalle, a march through the neighbouring streets, highlighting the dangers to health of solar radiation.  There were some interesting hats to drive home the point.  By this time in the year though the weather was changing quickly and the full sunny days were becoming rarer.  To emphasise this point, Low Sunday was a dull, damp, drizzly day and this set the pattern for the start of many of the days that followed.  It’s sunny at the moment but still a bit overcast. 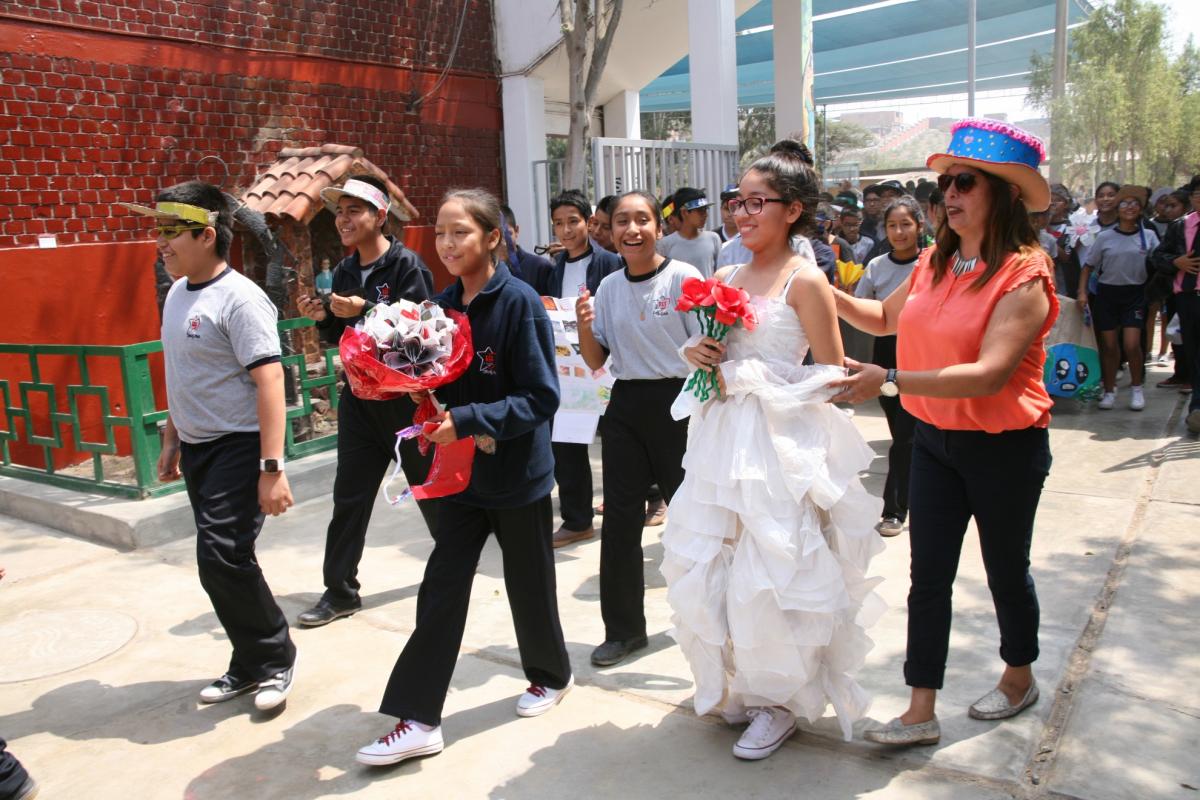 As always at the beginning of the school year I get the 5th year pupils to do Project Great Britain, the idea being that they may learn something to complement their study of the language.  They are always disappointed that we do not have the hundreds of traditional dances they have here or the range of different dishes from the various Departments.  They always show a great interest in London – Big Ben is very popular, as are Shakespeare and the Beatles. 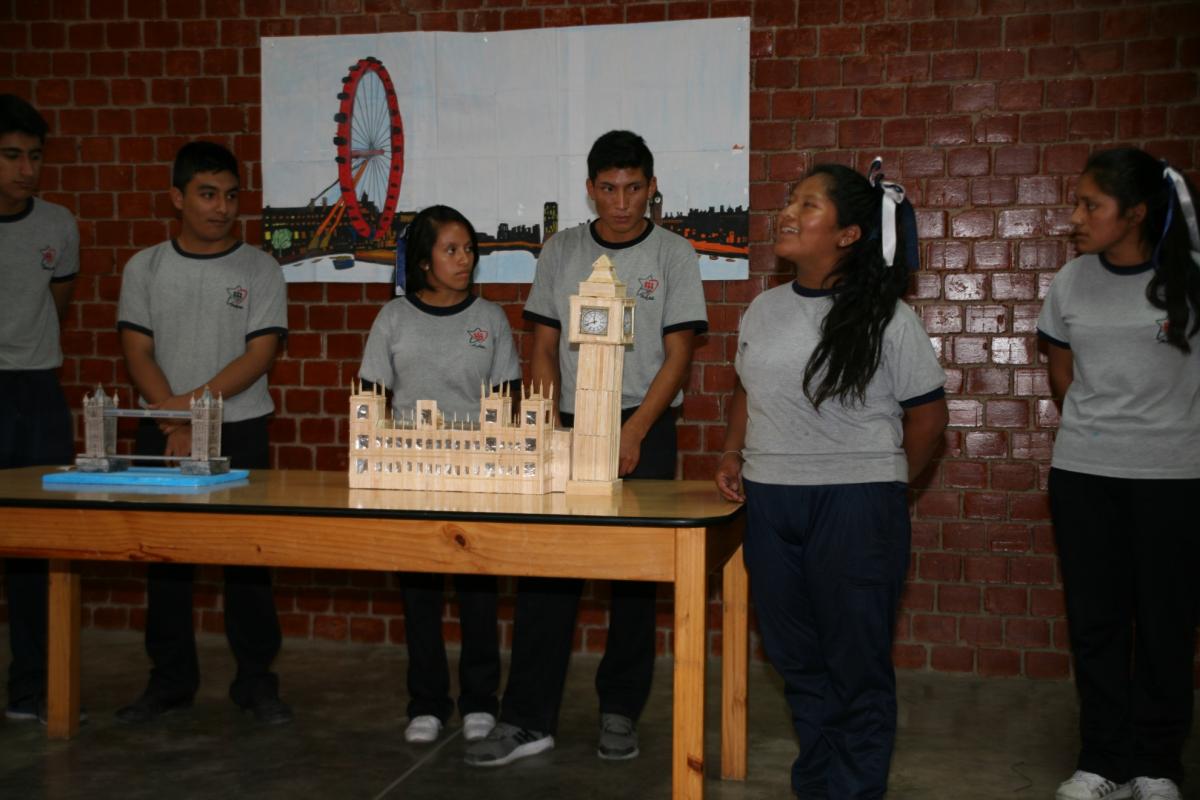 Scotland also attracts them – but not the descriptions of haggis!  They are fascinated by the kilt and usually create their own from waste materials.  Their ‘tartans’ would not be recognised by any clan.  As always they show great creativity and imagination and their ability to make use of whatever is at hand.  All their evaluations at the end were positive. 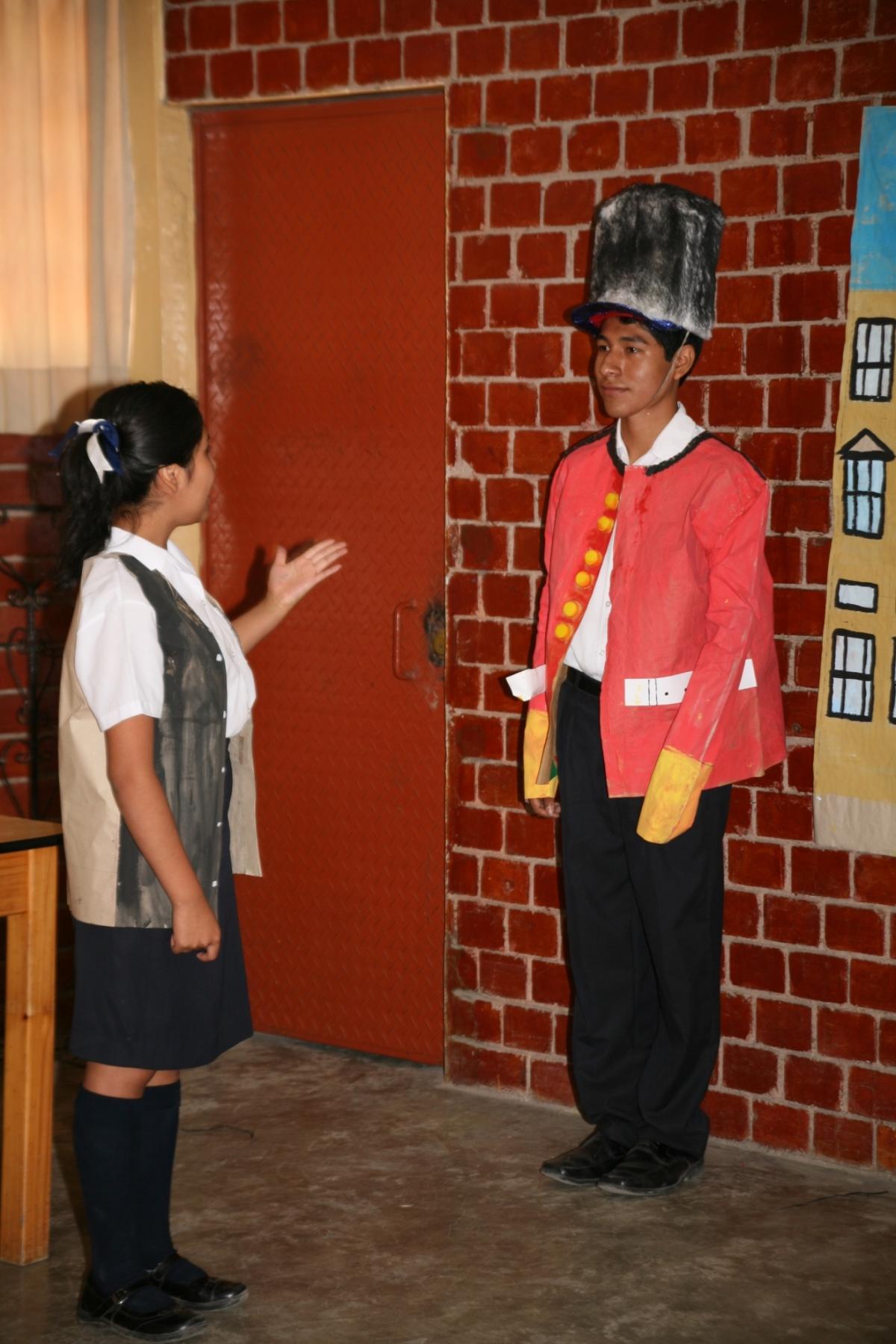 Now the pupils’ minds are turned to two activities this month (May) – Mother’s Day, second Sunday of May and Founder’s Day, 15th May but more of those next time.

Thank you, as always, to those who continue to support us.  You do make a difference.