The school was alive with the sound of music as all the various age groups and former pupils practised, sometimes until late at night, for the dance competition which is part of our 25th anniversary celebrations.

Not to be outdone, the parents took part in football and volleyball competitions for both men and women – a Sunday for each sport.  The volleyball competition went off very well with a pleasant atmosphere and a high level of performance.  First year secondary were the champions, for both men and women.  The football competition the following Sunday was a bit more heated.  One of the women’s games went to penalties and as there were no nets on the goals, the referee came in for a lot of stick for his decisions, which incidentally were correct as I was in a very good position to see the goals.  5th year secondary won the women’s and the nursery the men’s.

30th August was the feast of St Rose of Lima, the patroness of Peru.  It was a national holiday and cold and damp day.  The next day brought some brightness as our girls and boys became the regional champions for basketball. The roof netting is now complete and is a great blessing as the sun can be a real problem during gatherings and assemblies or very wet underfoot.  It covers a large area and is very efficient. 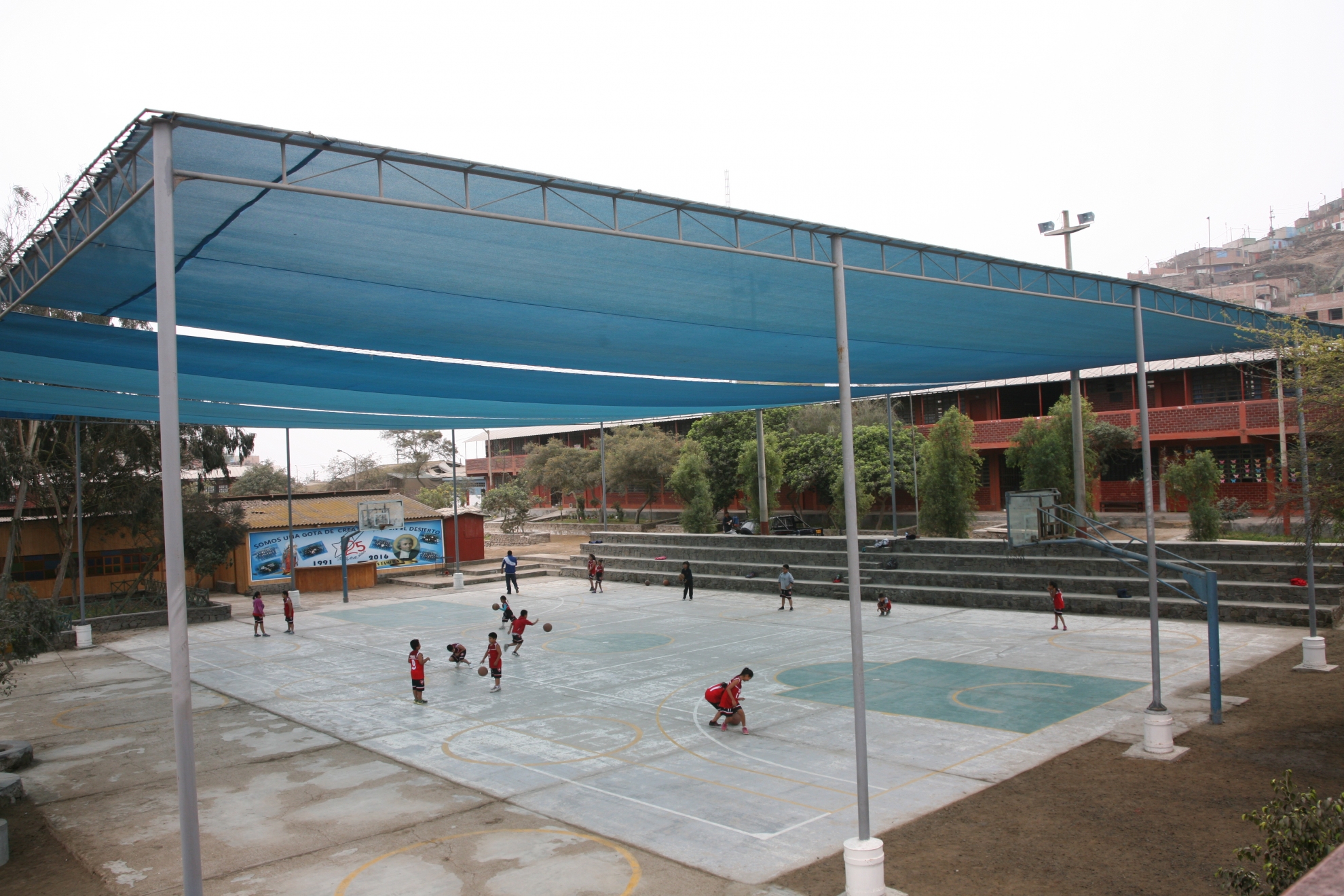 The beginning of September brought the sad news of yet another death of a former pupil.  He was at home celebrating his wedding anniversary when two masked men burst in and shot him.  Obviously a devastating experience for his family - eight children.  Nelson was a brilliant artist and his last offering to the school was to paint the entrance to the school, a lovely memorial. 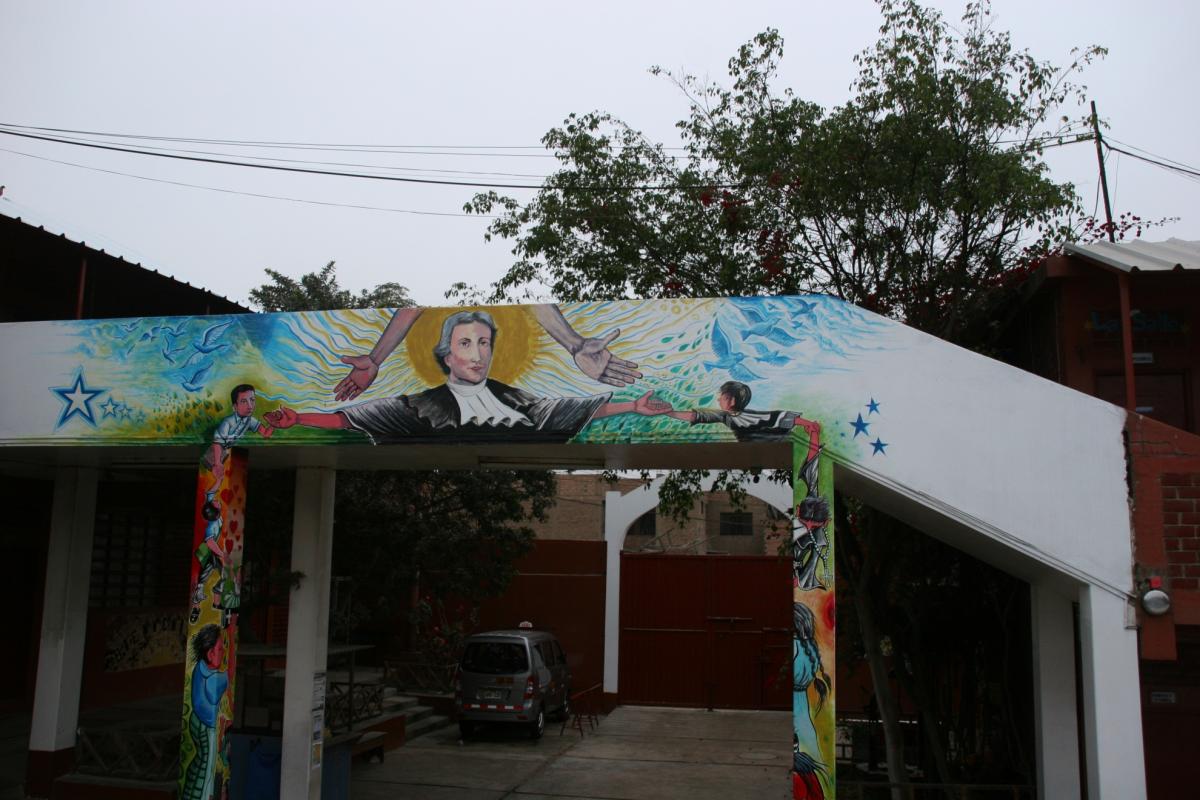 The municipality sent in a gang of workers who pruned, lopped, cut and cleared so that our grass and garden areas looked very smart.  I think it’s one of the contributions of the municipality to our anniversary celebrations.  In addition a group of 2nd year parents have been planting flowers.

On 18th we had our Concurso de Danzas.  The weather was lovely and the level of dancing was very high, helped, of course by colourful and stunning costumes.  The three judges were from national schools of folk dancing and the list of their qualifications was very impressive.  What was nice about the day was the participation of eight groups of former pupils who set a high standard.  It was lovely to meet up with so many of our former pupils.  There were four categories.  2nd year primary won the first, 5th year primary the second, 5th year secondary the third and the leavers of 2011 the fourth.  What I like about the dances is that so many want to take part, including some of the lads who would be considered very macho. 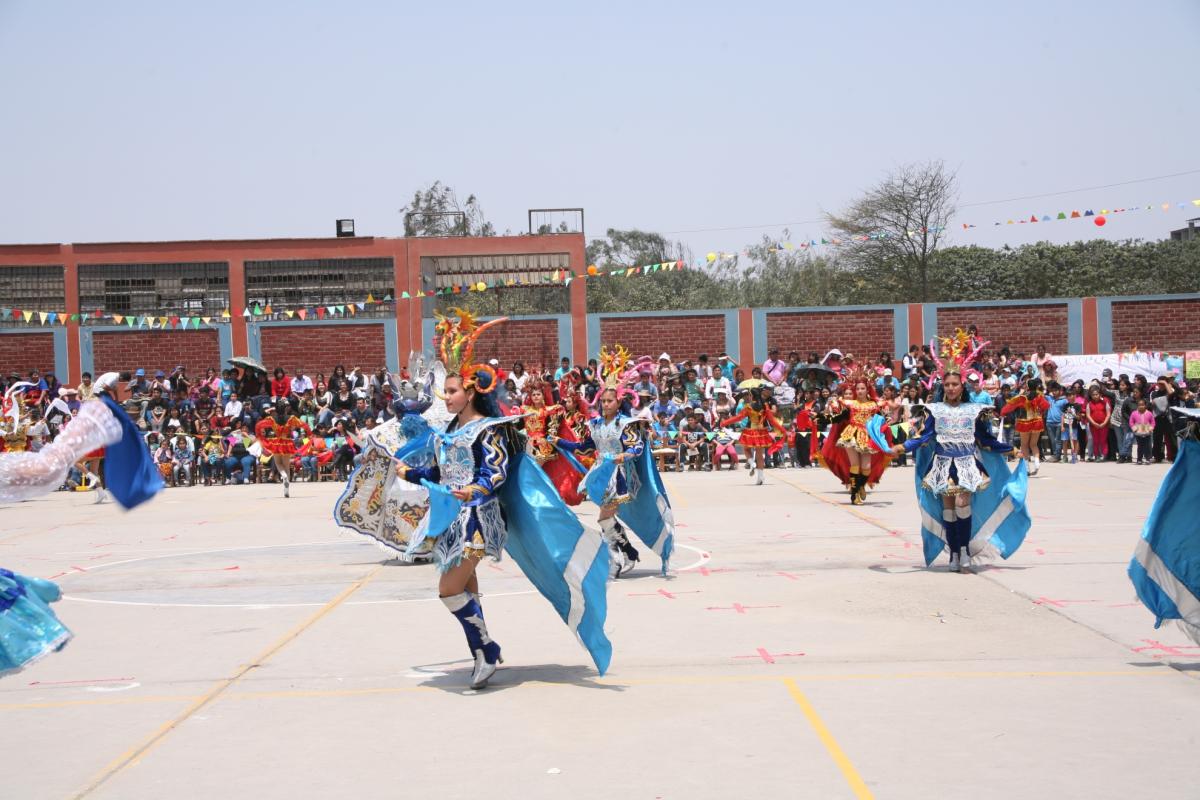 We have representatives from several universities coming in to talk to the 5th year – or invite them to visit – a coach laid on.  Several have already gained places but one hopes that their chances and hopes will not be dashed because of economic problems.

October promises to be an eventful month with several anniversary celebrations- but more of that next time, for which I hope I will not be late.

As always, thank you for your interest and help.  May you have a mellow autumn – our spring looks promising.