We are in the period of obligatory earthquake drills.  So far we have had two and there is a third one to come very shortly.  It’s interesting that when the alarm goes without warning everything is done quickly and slickly.  When the time is known, as for example these drills, it appears more leisurely, if the whole school assembling in given places in under a minute and a half can be called leisurely.

The second round of presidential elections took place at the beginning of June.  It took a while for the results to be finalised.  Keiko conceded but it was a close run thing – 50.1% to 49.9%.  The party of Keiko has by far the most seats in congress so it will be a challenging time.

The roofing of the balconies is finished and has proved most welcome in the recent damp weather.  It’s nice to walk into the first floor classrooms with dry feet.  The space designated for a chapel is not yet finished, awaiting the windows.  It looks quite smart.  A group of 34 French volunteers are coming soon and they will use this area as a dormitory

Two other projects are in progress.  We have lots of ‘walls’ around the school, surrounding grass areas, plants and trees.  After fifteen years some of them look a bit time-worn, so they are being repaired or given a facelift.  Foundations (deep and sturdy) have been laid for pillars to suspend special netting over the hard play area where many activities, including school assemblies are held.  Both sun and rain make these activities quite trying so it should be a great help when finished. 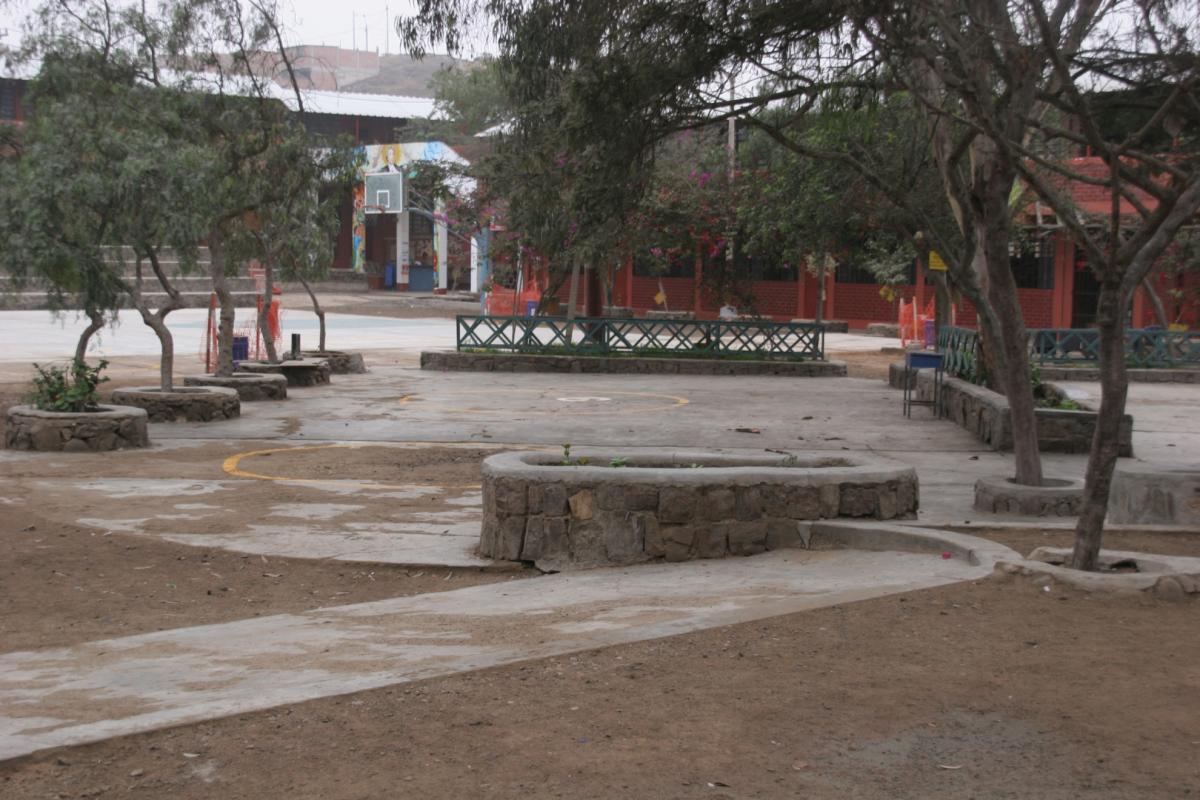 On 12th June we hosted a Regional Festival Escolar under the aegis of the Regional Government of Callao.  Really we just provided the site as they took over running everything – not completely efficiently.  There were opportunities for art, dancing and sport with lots of booths for food.  Our dancers performed very well – three other schools were invited.  We were runners-up in the football competition but our lads felt hard done by.  The rules stated the teams had to be made up from pupils of 3rd, 4th and 5th years.  The winners had former pupils playing for them.  The organisers, a lot of whom were connected with the winning school, denied this but several of the players were mates of our pupils and they knew.  What was ironic was that the festival was under the umbrella of the regional section of Values and Discipline.  I suppose it depends on definitions. 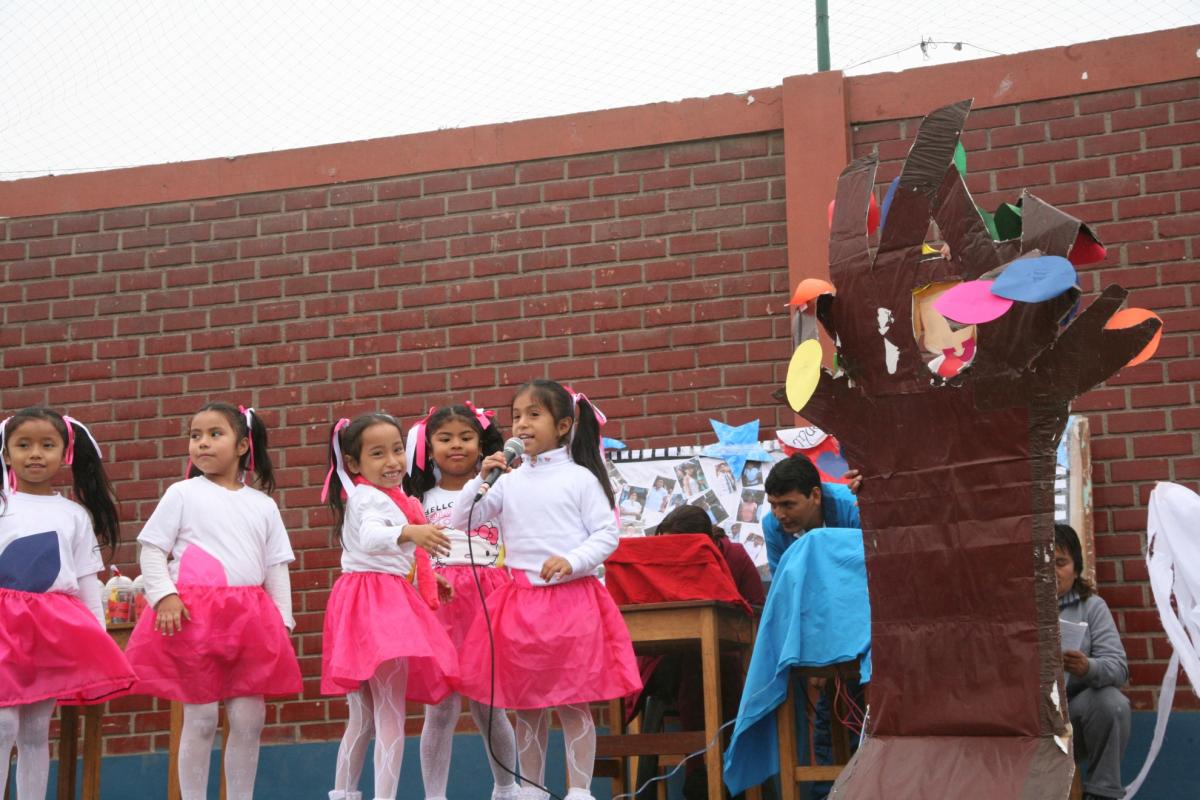 As a traditional part of the English curriculum, the 5th year did a project “Going Shopping”, not that many, if any, will go shopping in England but it gave them a chance once again for creativity and imagination as they literally set up shop in the library.  Clothes and soft toys were popular items for sale but there was a fashion show, a shop selling mobile phones, a restaurant, a beauty parlour.  In the write-up afterwards all said how much they enjoyed it largely because of the working with others, making new friends, gaining confidence – and learning some new words in English.  Their enthusiasm for everything is so contagious. 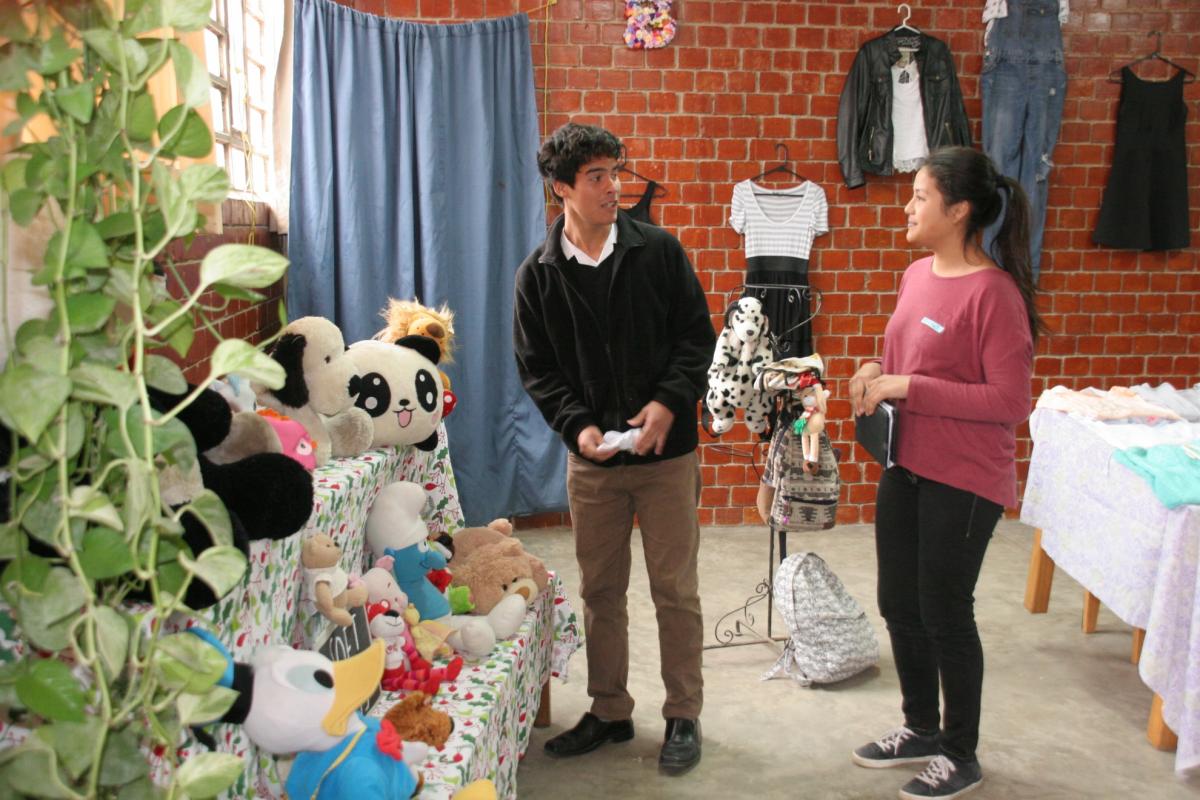 On 26th seventeen 4th and 5th years received the sacrament of Confirmation.  All were smart and nervous but it was a great time for them.  Several of them are very active in various fund-raising schemes for the misión at the end of the month.  This is when our group links up with those from our other schools in Peru to go to mountain villages near Cusco to help in work projects, give lessons to the children and simply live with the people.  There will be four chosen villages.  The competition to be chosen to go is always intense.  All are always surprised, saddened and humbled by the poverty of the villages.  Besides raising money for fares and materials, the whole school is involved in collecting groceries and clothing.  The misión takes up the whole of our two-week mid-year break.

I am writing this on the Day of the Teacher when we have no classes.  Yesterday we had the in-school celebrations.  The weather was miserable – chilly with ‘invisible’ rain that quickly wets you through.  We had to move to the more protected area of the coliseum which, because of its size,  is not all that great for atmosphere.  The participants heeded not the weather and put on good performances.  The youngest pupils helped a sad tree that had no leaves, there were dances, songs and recitations.  There was a gasp from everyone when at the end of a primary dance the lead dancer leapt and did  the splits perfectly.  The whole activity was very efficiently organised by the 5th year.  At the end all the school personnel went to a restaurant for a celebratory lunch.  The Day is a big thing in Peru.  The district education office put on a dance for all the teachers of its jurisdiction. 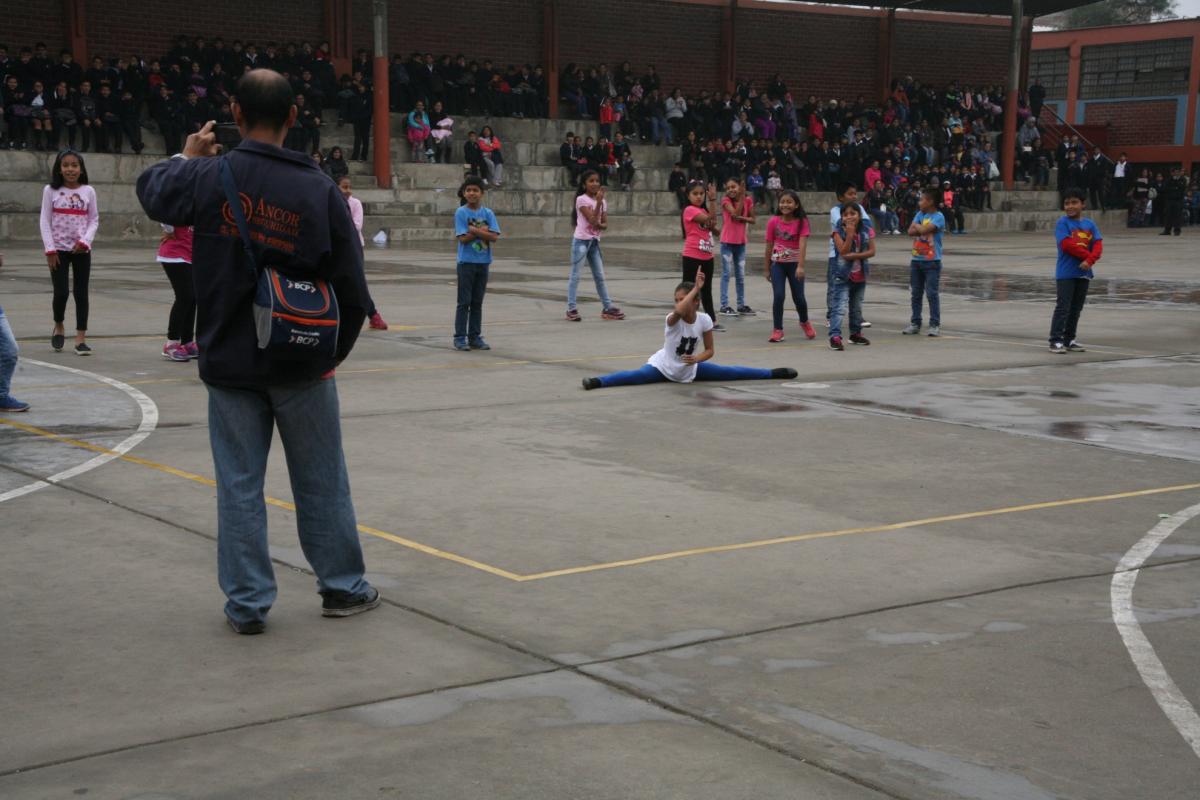 The next big celebration will be Fiestas Patrias, Independence Day, at the end of the month when the new president will be in office, but more of that next time.

May a lovely summer brighten your days and, as always, thank you for your help and interest.   God bless.   Brother Mark