I apologise for not sending any news for the second half of January. I was in England, experiencing the pleasure of the cold winds after the hot, sticky weather here. And now I’m back to the same.

There was quite a bit of activity during the month. Many schools, ours included, run what they call vacaciones útiles during the long holiday. In many cases this can be sport but several workshops put on classes either of interest or to help improve skills. Very often the maths department will run classes to give extra practice or to push to a higher level. There are always many takers for the various activities. Then there are the pupils who have to ‘recuperate’ failed courses at the end of the year. 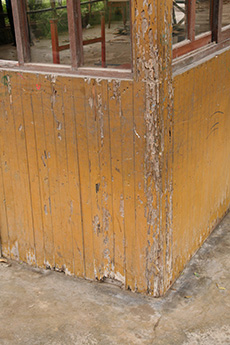 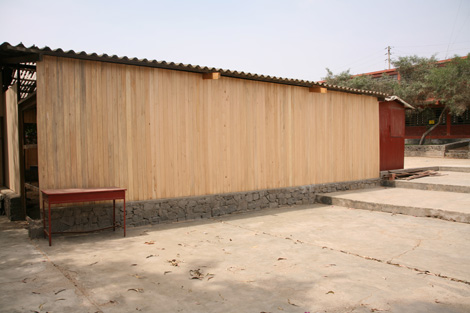 One of the principal activities is the matriculación when the parents have to re-sign on their children for the school year. First they have to queue to see the finance secretary to see if they have any debts to the school, then they go to APAFA (the Parents’ Association – much more legal body here than in British schools) to see if they had attended meetings, assemblies, communal work, etc. When they have cleared these areas they then proceed to the actual matruculación. It can be a long process, especially when there a lots of people. I admire the patience of the parents (except when someone tries to jump the queue). Some will have queued since 5 for an 8 o’clock start. 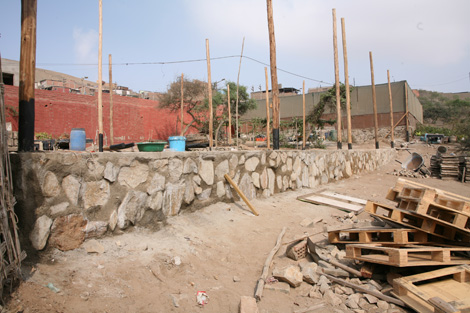 In addition there are also parents seeking places at the school and they are willing to wait hours for a reply. There are often many tears.

Various physical changes have been made in the school. Previously in the bakery workshop there were some small rooms which really had no use, except to leave coats etc. Now walls have been knocked down and so there is a nice large open space than can be used for teaching or for pupils to do their course work. 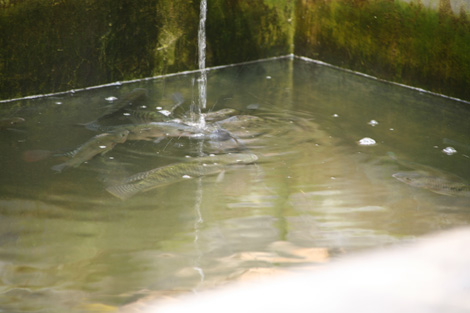 Work is almost finished on the cabaña with almost all the original woodwork replaced. In one of the photos you can get an idea of the state of the woodwork, thanks to the insects. This is not the worst example. The other photo shows the new look. The roof and floor have to be replaced. Part of the cabaña will be used as our clinic and the major part as a chapel – nice combination of body and soul.

The other work, still in process, is constructing a new nursey for the plants. It will be bigger and better sited and will form an integral part of the agropecuario workshop. This deals not only with plants but animals (guinea pigs) and fish. These latter have come on apace and are selling well. I’ll include a photo but it’s hard to get a good one with reflections and murky water. The lower part of the construction will be in wood and above will be netting which is good for trapping moisture.

The new school year starts on 8th March. At the moment the teachers are in a week of preparatory meetings. I’ll have a bit more work to do as the fourth stream has now reached the 5th year. Unfortunately because of lack of classrooms there will be only three first year classes.

Obviously not much news but I hope there will be more next month. Still problems with the post.

One of the things I enjoyed when I was in England was the large areas of wild flowers –snowdrops, crocuses, daffodils, great reminders of the approach of spring and therefore of Easter, such a beautiful feast.

May I wish you and yours every blessing for Eastertide, especialy that great blessing of peace. 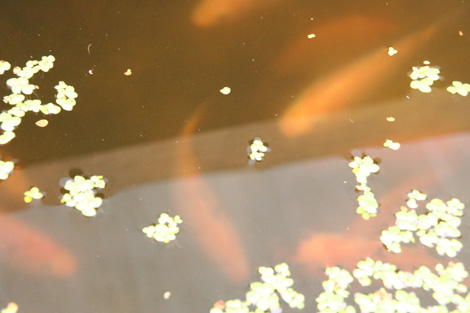 If you would like to make a donation to charity please email your details to feedback@deliaonline.com and we will be in touch.  Thank you.