Sorry that this is a bit late. The end of the year was quite busy and then I went off for a retreat with the Brothers in the south of the country.

Early in December we had the final exams and these can have a bearing on whether some pupils have to come in during the holidays to ‘recuperate’ failed courses or worse to repeat the year because they have three failed courses.

It is a custom for the 4th year to give a sort of leaving party to the 5th year. I always find it a bit false as normally there is not much love lost between the years. No doubt the 4th year are pleased that the 5th are going and they then become La Promoción but there is normally a good spirit during the celebration. 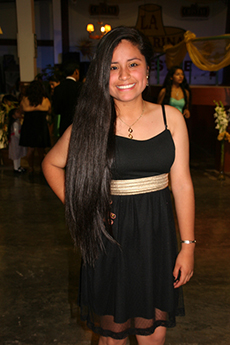 On 16th we had our second for the year obligatory Day of Achievement to allow the parents to see the work not only of the year of their child but for all years. A lot of work goes in to the setting up of the work, especially for primary and the workshops. The attendance this year was poor and did not justify all the work pupils and staff had put in to the day. In the morning primary and secondary exhibited and explained their work and in the afternoon the workshops produced a very fine exhibition of their products. Unfortunately the attendance in the afternoon was worse than in the morning but I suppose it is asking a lot to expect working parents to come in for the two sessions.

We hosted pupils from our three schools in Lima to join with our pupils for a vigil in preparation for the project of Christmas for the Poor Child. It was good to see the enthusiasm of these young people. On the following day, 19th, they went off to four very poor areas taking with them presents, food, clothes. They had games with the children and ended up with the traditional chocolatada – hot chocolate and paneton. There was a lot of contentment on both sides. 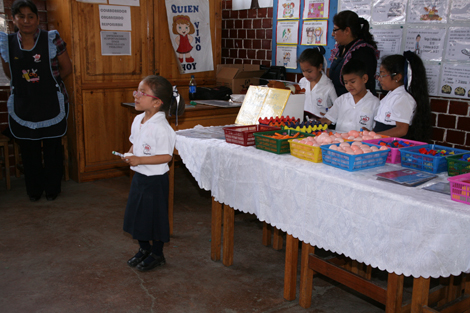 The next day the 5th year had their leavers’ fiesta in a very pleasant venue. They all looked elegant – quite cheap to hire clothes here. Each 5th year pupil was introduced with a brief idea of her/his character (written by themselves) and their hoped-for career. A representative of the Regional President spoke and gave a small memento and a 5th year lad spoke (very well) on behalf of the leavers. Then the serious part of the evening, night and early morning started – the dancing. I’m enclosing a photo of one of the girls to show what beautiful hair they have. I asked how she could dry it (having not much on top myself) and she said comb it a lot and let it dry naturally. Definitely no machines. 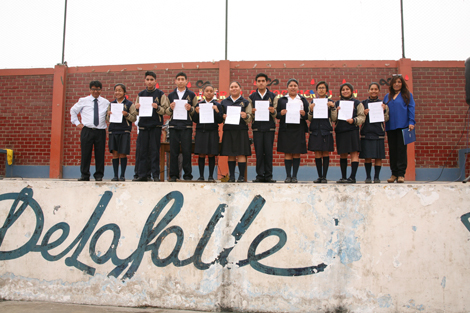 On 22nd all the staff took part in a chocolatada. A good time for all sections to come together.

On 23rd we had the official closure of the school year. It was a rather dismal and damp start, especially for the primary pupils but fortunately for them it was not too long. The closure for the secondary pupils was more drawn out as there were lots of certificates for places in class, in workshops, for national competitions, from outside agencies. The most awaited item was the first ten places in the 5th year. This is based on all the annual marks for the five years of secondary schooling so it rewards not only intelligence but also perseverance. These places can make it easier to continue in further education and can sometimes include scholarships. The ceremony ended with an informal photo of the leavers who were now officially former pupils. 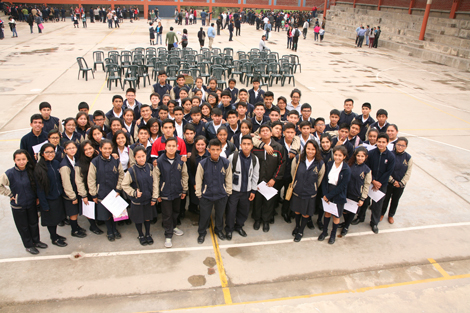 They came back after Christmas on 28th to collect their Year Books and I took the opportunity to have a sort of farewll celebration in the library – nibbles, soft drinks, paneton (but no hot chocolate). It was a pleasant get-together with them chatting to their friends and looking at the photos from the fiesta. When they were saying goodbye I think they realised more then than at the closure that they really had finished school and a new part of their lives was starting.

Yellow is considered a lucky colour so all the shops had loads of objects in yellow for the New Year. Underwear seems the most popular choice.

School will start early in March but there will be plenty of activity in the school not only with pupils ‘recuperating’ but what are called ‘Useful Holidays’. Sports are popular but there are also classes in various subjects either for their novelty or to study more in depth.

The sun is shing brightly. It’s a hot day. There is the sound of hammering as our workers rebuild the cabaña, the wooden walls, beams and columns of which had been eaten awat by insects. The workers are doing a good job and it will be possible now to use it to free some other areas which can be used for classrooms as our fourth stream has now reached the 5th year. 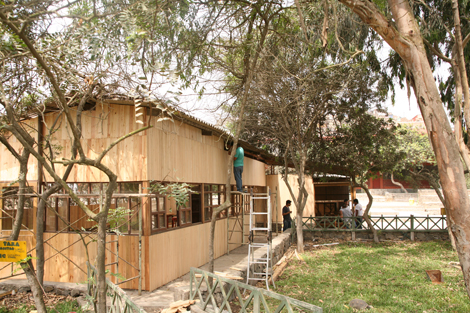 I wish you all every blessing for 2016 and thank you, as always, for your support.