Our strange weather has continued – quite damp in the morning then turning into sunny, warm days. We are told this is a result of El Niño. Much brighter has been our showing in various projects. Our SUNASS group, dealing with the correct use and saving of water, came third in the national finals. They were outdone by our electronic group who came second at national level with their project. There are lots of happy pupils – and teachers.

The second week of the month saw the 5th year produce their English Drama. As always there was an abundance of imagination and creativity in scenery, costumes and props. However they really spent too much time on those things and overlooked rehearsals and script. There was some floundering but in their written evaluation afterwards they all expressed their pleasure in taking part and their opinion that they did well. Who am I to argue with satisfied customers? One group did a clever amalgam of fairy tales, one of which was Rapunzel. To get the idea of the long tresses the girl simply let down her hair and hung it from the window. Many of the girls here do have lovely long hair. 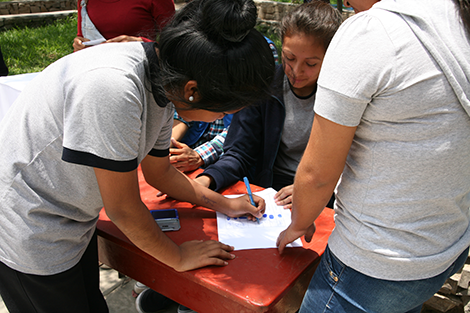 The Former pupils’ championships ended on 28th. There were only four promociones involved in two age groups, so with various winners playing both in football and volleyball we finally got what they called the accumulated champions who were 2001. There were plenty of prizes for the various groups. It doesn’t take much to get them dancing here, so after speeches with music provided by a duo they all took to the floor till the early hours. It was good to see so many former pupils over the weeks of the competition.

By law schools have to hold elections to select the municipio escolar – sort of school council – with various specified responsibilities for the seven persons in the ‘party’. There was a full school meeting where the candidates put forward their programmes and answered questions from the Head and the general ‘public’. I think one of the parties could have heeded the wise words of Clement Atlee, “It is dangerous to make politics boring.” The following day there was the actual election which followed the norms of the municipal elections here with the 5th year being in charge of the whole process. All voters (obligatory) had an identity card which they presented to get the voting slip. The then went to the voting booth and returned to put their vote in the ballot box. They then had to sign a form and give a print of their right index finger. The only departure from the normal process was that they didn’t have to dye the tip of a finger as proof that they had voted. There were loads of forms to fill in afterwards before the final count could take place. The winners were EsConFort – effort, confidence and strength. I would have voted for them. On the last day of the school year they will be sworn into office. 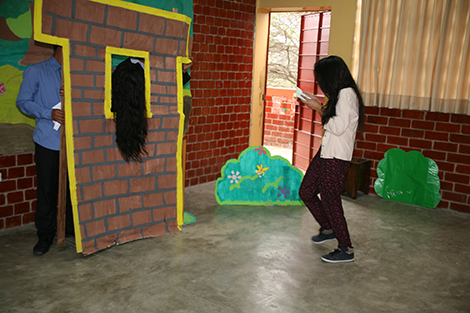 Of more concern to many of the pupils was the fact that the following day the final exams started. These are quarterly and at the end of the year the four totals are reduced to a maximum of 20. All exams - schools, institutes, universities - are on 20. I still find it easier to mark on 100 and reduce to 20. Any course mark under 11 must be re-sit. Three courses under 11 mean the year must be repeated. All the marks and many accompanying documents must be sent to the local department of education for their scrutiny. It used to be a very long task before computer programmes were introduced.

At the moment the school is very involved with NANIPO (Christmas for the poor child) collecting, toys, gifts and food for distribution to children in poorer areas. Groups of pupils go to various localities where they will play games, distribute the gifts and provide a chocolatada – hot chocolate with paneton. There is a lot of enthusiasm. We have a large banner designed and drawn by a Brother with the lovely quotation from our Founder, St John Baptist De la Salle: “Recognise Jesus under the poor rags of the children you teach.” The library is ablaze with lights, a crib with 80 animals, 21 angels, 9 of them flying and a large Christmas tree decorated by some of the 5th year girls.. I always get all of this ready for the first Sunday of Advent as with classes finishing after the exams, there is not much time to appreciate everything. There will be other activities before we end but they can be kept till next time.

Thank you as always to those of you who support us. Unfortunately the postal situation is still as before.

I wish and all those dear to you every blessing, especially love and peace, this Christmas season and 2016. 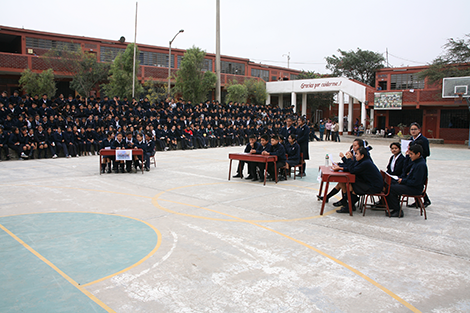