October has been a pretty busy and successful month. The weather has been less predictable, often damp mornings with very warm afternoons but as the month has gone on, it has become more settled and spring-like.

8th October is a national holiday, commemorating a very brave defence by the Peruvian navy against the Chilean navy. It was a bit like Dunkirk – a defeat but the delay allowed a regrouping. The government decreed that 9th could also be a holiday but it had to be made up for. We decided to take the two holidays and make a very long weekend.

We had an official inauguration of our new sewing machines and computers. These were donations from several groups or charities. The machines have certainly boosted the interest of the pupils. 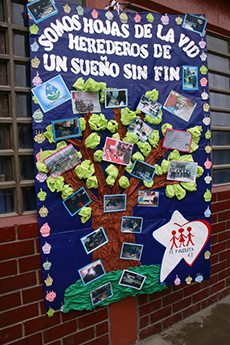 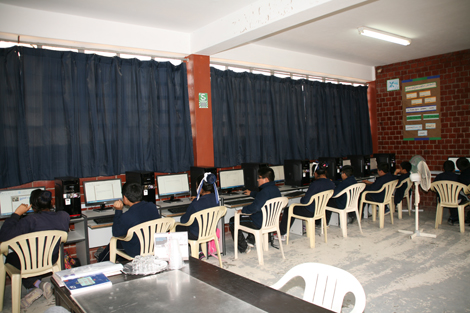 On Saturday 17th we had a full school sporting activity and this made up for the 9th. It was based on forms or years and the rivalry was quite intense. There were traditional games like musical chairs, three-legged races, a combination of ‘exercises’, etc. In the evening the former pupils started their football and volleyball competitions. This year there were two volleyball pitches and a football pitch in the sports arena. Previously this had been just one big football pitch. The atmosphere now is much more amphitheatre-like and the mingling of the various promociones much more obvious. Also the new arrangement means that everything is finished sooner, although some three-set volleyball matches can be very time-consuming. It was good to see so many former pupils, obviously very happy to be back in school.

The next week saw the celebrations for the 24th anniversary of the school. The school looked very festive with the various decorations that the pupils had done. Also the 3rd year had planted lots of flowers and shrubs. There were competitions based on the theme of anniversary in art and song. The latter was to take any song and change the words to fit the occasion. Each form produced a panel, again on the theme of anniversary. The general level was high, though it was pretty obvious lower down the school that the work was that of mums and not the little ones. 23rd was the Central Day. It started off with a liturgical ceremony with the local parish priest. The pupils joined in lustily with the singing. 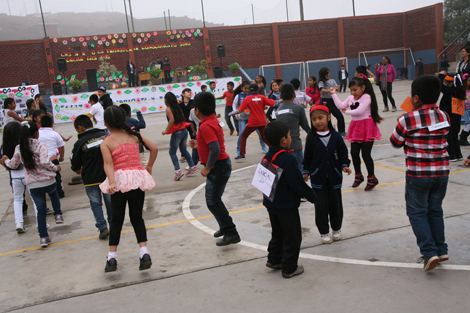 The first event, split into three age groups of a ‘baileton’ – a couple from each form had to dance to the various types of music played. The standard was high but I thought it went on too long as it was obvious the pupils were getting tired. The second year, all in black, performed a dance and then the beauty workshop put on a very original dance. This was followed by the singing competition. The lady teachers entered in to the spirit with a type of karaoke, their enthusiasm covering a multitude of faults. Not to be outdone, the 1st year performed a modern dance. Then there were the prizes for the various competitions. This was followed by the 5th year performing three folk dances but coming together for the final part. They did very well. To round off the celebration all present had the opportunity to join in a general dancing session. When all was over, the personnel of the school went for lunch at a local restaurant.

28th was the feast of Señor de los Milagros. It was no too promising to start off as there was quite a bit of rain but it eased off, dried up and became a very pleasant day.

On 31st 70+ of our pupils made their First Communion. They processed from the school to the church led by the parish priest. 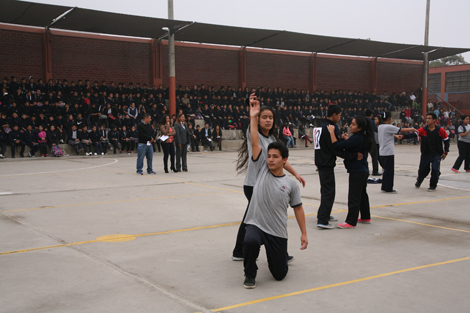 Our pupils have had success in various projects. One group came third in the national finals for a project based on the use of water and the ways of conserving it. Another group are regional champions and so moving on to the national finals for their project on a cheap and quick way to recharge mobile phones. The project is a bit like the TV programme of “Young Scientist of the Year”. Not only had they to ’invent’ something but they had to show its commercial potential.

I mentioned last time that the government was thinking of finishing the school year in the first week of December because of possible disruptions in the wake of El Niño but they have changed their minds and it is now business as usual with the school year ending at the end of December.

Hard to believe that at the end of this month we will be in Advent. May it be a gentle time for all.

There is still no joy on the postal situation here. All they will say is that the post is accumulating in the central office and they can give no date for when it will be sorted out. So, sorry for no replies to letters, cards and parcels. But thank you for your continued help and support – and prayers? 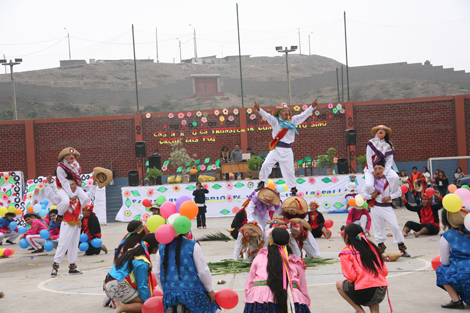