How to choose Camembert

The most highly prized Camembert in the world comes from a strictly controlled area within Normandy. It bears the stamp Camembert de Normandie Appellation d'Origine Contrôlée au Lait Cru (made from the superior milk that comes from this strictly defined area). The first thing to bear in mind is that if a Camembert is traditionally made, naturally matured and bears this AOC stamp, it's going to be the best on offer. 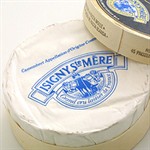 Here the cheese is ripe, creamy and just beginning to ooze; it should have a firm creaminess. But we're talking looks here, and what can't be shown in the picture is the wonderful aroma and flavour of the cheese when fully ripe. I should add that even if there is a thin layer of unsoftened cheese in the centre, if it's made by this traditional method, it will still have all that flavour and aroma – and some people actually prefer to eat Camembert at this stage. 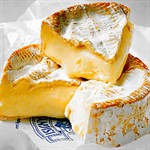 A Camembert reaches its peak in approximately four to five weeks, and towards the end of that time there are five days in which to enjoy it at its best. As the weeks pass the unripened layer within will gradually disappear. This picture shows the different stages of maturity – from the bottom; after one week, then two weeks, then three and, on top, after four weeks. You will see around the edges of a one-week-old Camembert the crust is white and fluffy, but the fluffiness is beginning to recede, revealing a crust that has a reddish tinge mingling with the white. 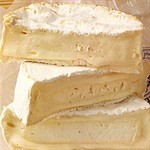 This is how a fully ripened Camembert should look and, of course, you will be able to feel how soft it is as well. It's important not to allow the cheese to become over-ripe as the flavour deteriorates. When you buy your Camembert look at the date stamp and, if you want it fully ripe, eat it within the last five days. 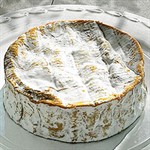 Gratin of Mussels with Melted Camembert

How to make choux pastry

Win a family ticket for four to Christmas At Blenheim Palace!