Delia was born in Woking, Surrey and brought up in Kent.

She left school at 16 without a single O-level.  She first tried her hand at hairdressing, being a shop assistant and working in a travel agency.  At 21, determined to learn how to cook - perhaps partly to impress her new boyfriend - she started work in a tiny restaurant in Paddington called The Singing Chef.  Her first job was washing up, then waitressing and finally being allowed to help with the cooking.  She began to wonder why, if French food was so good, English food was so awful.  So she started reading English cookery books in the Reading Room at the British Museum, trying out the recipes on a Harley Street family with whom she was living at the time.

In 1969 Delia was taken on as the cookery writer for the Daily Mirror's new magazine.  Their Deputy Editor was Michael Wynn Jones whom she later married.  It is not well known that she baked the cake which was used on the cover of The Rolling Stones’ album Let It Bleed that year.

Her first cookery book (1971) was HOW TO CHEAT AT COOKING.  The following year she started a column on the Evening Standard which she was to write for 12 years.  Later she wrote a successful column for the Radio Times until 1986.

In 1973 Delia began her TV career presenting a new series for BBC 1 entitled 'Family Fare,” with accompanying booklets, which ran until 1975.  During this time she wrote RECIPES FROM COUNTRY INNS AND RESTAURANTS (1973) and THE EVENING STANDARD COOKBOOK (1974).  Three more booklets linked to her BBC TV "Look East" slots were published between 1975 to 1977. Next came FRUGAL FOOD (1976) and DELIA SMITH'S BOOK OF CAKES (1977).

Realising that her aim was to teach people to cook, to take them back to basics and cover all the classic techniques, Delia then approached BBC Further Education with an idea for their first televised cookery course.  Accompanying books were needed to explain not only how, but why things happen.  The first of these books, DELIA SMITH'S COOKERY COURSE: PART ONE, was published in 1978, followed by PART TWO (1979) and PART THREE (1981). This was the beginning of a publishing phenomenon.   Four different editions of an omnibus of these three books followed, which have so far sold 6 million copies over 40 years.

In 1985 Delia wrote a book which her readers had been requesting for some time - a collection of recipes for the single person entitled ONE IS FUN!  This became a BBC Pebble Mill television series, repeated six years later in 1991, and the book has sold over 650,000 copies.  It has been translated into German, Swedish and Italian.

Delia returned to television in 1990, this time to help us through the daunting task of cooking for Christmas.  The book of the series, DELIA SMITH'S CHRISTMAS has sold over 1,500,000 copies.

The 1990s were to prove hugely successful for Delia.  DELIA SMITH'S SUMMER COLLECTION, published in May 1993 and accompanied by a 10-part BBC2 television series, broke all her previous records.  The book has so far sold over 1,600,000 copies. In autumn 1995 DELIA SMITH'S WINTER COLLECTION was published, together with a 12-part BBC2 television series.   It has sold 2,300,000 copies, and at that time became the fastest selling book on record. It has also appeared in America.

A year later, in response to numerous requests to collect her vegetarian recipes in one volume, DELIA’S VEGETARIAN COLLECTION was published with new recipes to reflect changes in modern day cooking.  It has sold over 400,000 copies.

Delia decided to repeat this theme by creating The DELIA COLLECTION, a series of inexpensive books, each of which focuses on a single ingredient or type of dish.  The first four: SOUP, CHICKEN, CHOCOLATE and FISH were published in Autumn 2003.  ITALIAN and PORK followed in 2004, BAKING followed in September 2005 and PUDDINGS in February 2006.

DELIA’S KITCHEN GARDEN, written with Gay Search, was published in the Autumn of 2004.  Inspired by her new kitchen garden at home in Suffolk, Delia wanted to create a book that told people, not only how to grow their own fruit and vegetables month by month, but also how to incorporate them into seasonal recipes.

DELIA’S HOW TO CHEAT AT COOKING was published in Spring 2008 by Ebury Press and became the fastest selling title in Random House’s history.  Six related programmes appeared on BBC2.

In 2008, Hodder & Stoughton brought out DELIA’S FRUGAL FOOD, a new, updated edition of her earlier FRUGAL FOOD.  All income goes to CAFOD.

In March 2009, BBC Books published DELIA’S COMPLETE HOW TO COOK, the omnibus edition of DELIA’S HOW TO COOK, Books 1, 2 and 3.

DELIA’S HAPPY CHRISTMAS, was published by Ebury Press (October 2009).  She made a 1 hour Christmas special capturing an audience of nearly 4 million viewers. 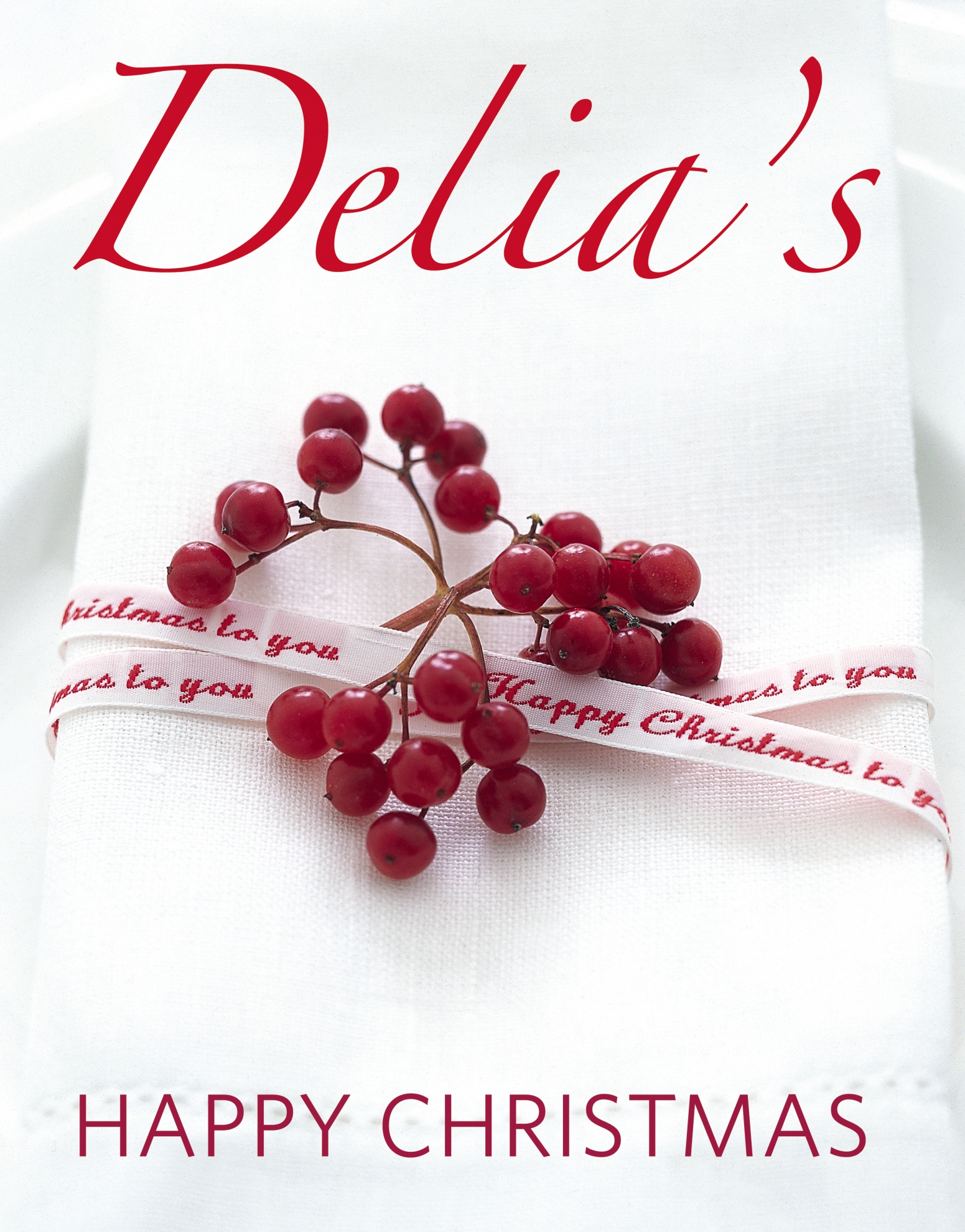 In 2013 Delia published a new edition of her 1977 BOOK OF CAKES entitled DELIA'S CAKES, coinciding with the launch of her online cookery school, the first term of which was dedicated to cakes.

The total UK sales of her cookery books are over 21.5 million copies.

The word "Delia" is defined in the 2001 edition of the Collins English Dictionary as "the recipes or style of cooking of British cookery writer Delia Smith. A Delia dish".

In January 2010, the BBC aired 5 x ½ hour programmes, Delia Through the Decades, exploring her 40 career and the way she has affected the nation’s eating habits.

In 1986 Delia put together the FOOD AID cookery book as her contribution to the Band Aid charity. In 1997, she created DELIA’S RED NOSE COLLECTION for Comic Relief which raised over £1,250,000 for the charity. Again, in 2001, at the insistence of Dawn French and Jennifer Saunders, she wrote DELIA’S CHOCOLATE COLLECTION for Comic Relief. The booklet, which accompanied a 5-part series of hilarious TV shorts, became an instant bestseller.

Delia is also known for her spiritual books.  She has had a varied church background.  Having been baptised in the Church of England, she attended a Methodist Sunday School, a Congregationalist Brownie group and later a Church of England youth group.  At the age of 22 she decided to become a Catholic and took instruction. Her first two short religious books, A FEAST FOR LENT (1983) and A FEAST FOR ADVENT (1983), are readings and reflections for these seasons. In 1988 Delia took on the much larger challenge of writing a full-length book on prayer - A JOURNEY INTO GOD.  These books are still actively selling and all the proceeds go to different charities.  (All three titles were sold to US publishers.)

It’s well known that Delia’s other great passion is football.  She has been a supporter of Norwich City Football Club since 1969 and, in November 1996, she and her husband became Directors of the club.  In 1999 she established Delia’s Canary Catering.  There are  restaurants as well as bars, lounges and conference rooms, serving ‘Delia’ food all year round to businesses, the general public and of course football fans.

Delia fulfilled a long-term dream in March 2001 to be directly in touch with her readers when https://www.deliaonline.com was launched. An archive of over 1400 recipes, Cookery School videos, how to guides, bakeware and equipment, ingredient information, a Q & A column and regular features on what is in season and where to find the very best products.  Delia offers an evolving online archive of over 45 years’ work.

In 1996 Delia was awarded an Honorary degree by Nottingham University, a Fellowship from St Mary’s College (a college of the University of Surrey). The same year she entered the Royal Television Society Hall of Fame. In 1999 she received an Honorary degree from the University of East Anglia and in 2000, a Fellowship from John Moores University in Liverpool.  In 2013 Delia was presented with a BAFTA Special Award in honour of her outstanding contribution to television cookery and services to broadcasting.

In 2017 Delia received a CH in the Queen's Birthday Honours List, joining the other 64 Companions of Honour. This followed her CBE in 2009 and her OBE in 1995.

Find out more about Delia's prestigious award this year here

To kick start 2022, we've teamed up with Maple from Canada for your chance to win a maple hamper filled with essential store cupboard ingredients, plus a copy of Cooking with Maple, naturally.