I do feel we're beginning to catch up with the Australians and Americans in this sphere.

Barbecuing won't ever become a way of life here, if only because of the weather, but you're more than likely to find a barbecue as a permanent fixture in someone's garden nowadays – not just for parties but often for everyday cooking. Eating out of doors is a bit of a hit-and-miss affair in this country for obvious reasons (such as getting only one week of sunshine in any one summer, for instance). If that sounds tongue-in-cheek, it's meant to because I feel the whole subject of outdoor eating in Britain should be approached with a sense of humour and with a certain flexibility.

Not that I'm a pessimist. Each spring I look at patio furniture in glossy magazines, and I dream dreams. These include candle-lit geraniums, the sizzling of charcoal-cooked food, the tinkle of 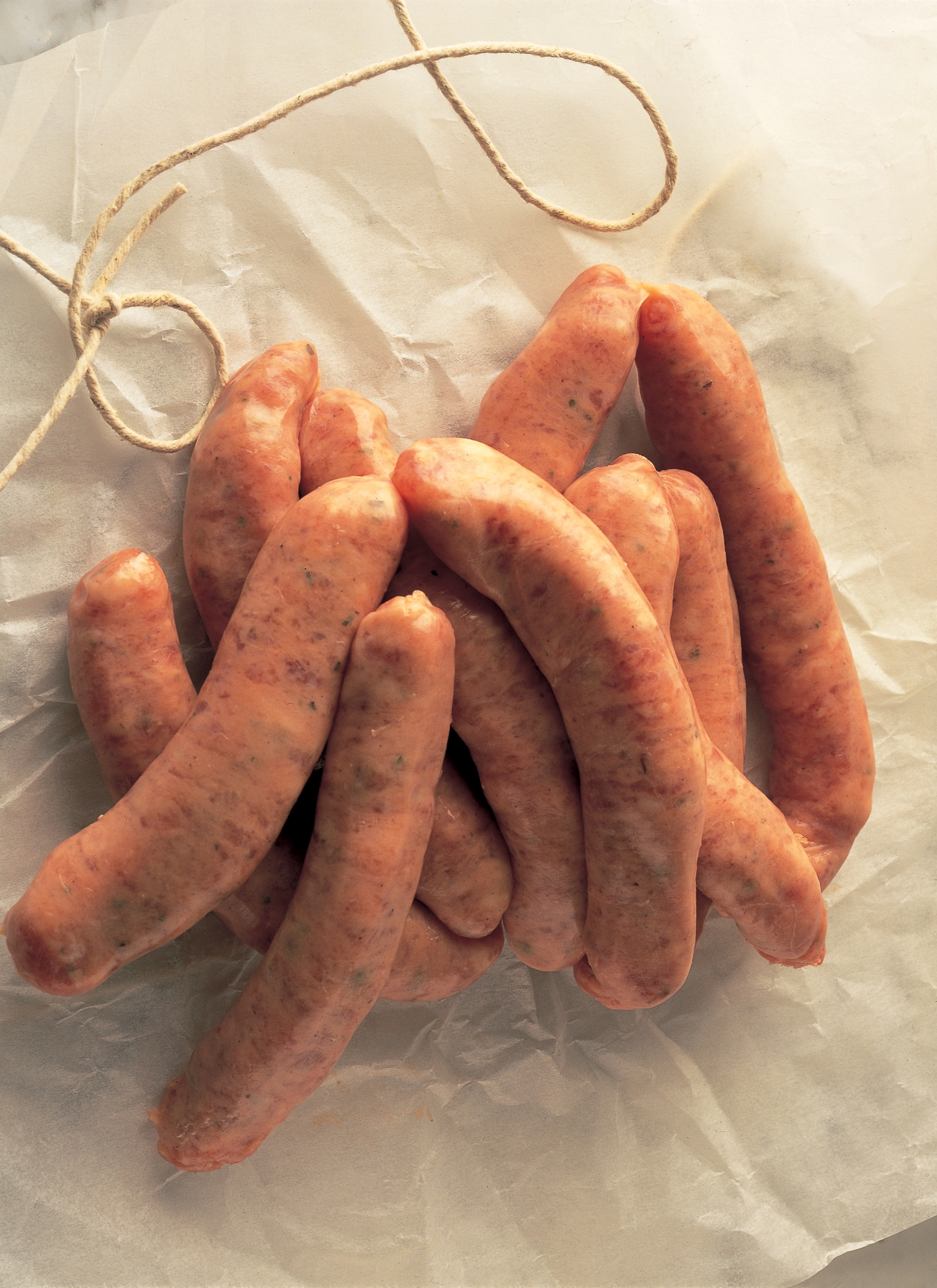 ice-filled glasses, and all the rest. Such dreams never include the Suffolk winds that blow the smoke back in the direction of the guests, their eyes getting steadily redder, their coughs louder. Nor do they include what to do with 50 sausages (that fitted so well on the barbecue) having to go eight at a time under the grill in the kitchen because it's pouring! Even the most enthusiastic books on barbecues finish up with realistic advice, including among the recommended accessories bug repellent sprays and burn lotions.

In a way, this type of cooking does not need recipes: plain steaks, sausages or chops all taste better cooked out of doors on charcoal. So do certain fish like fresh silvery herring, mackerel and sardines – and have you ever tried kippers on the barbecue? In Suffolk we get wonderful local-smoked kippers, and they taste their absolute best brushed with oil and cooked over charcoal. The reason they fit the bill for outdoor eating so well is that they have a strong, gutsy flavour. Somehow subtle flavours get lost in the open air, so the whole point of the recipes we have on the site that are suitable for barbecuing is that they have lots of character and flavour. Simple food – and lots of it – is the best, I've found: even the humble British banger is quite transformed with a smoky, crispy barbecued skin. Remember, too, that appetites mysteriously increase out of doors and people can eat more if the food is simple than if it's very rich.

Almost anything can be barbecued, it would seem. I have a friend who has an annual barbecue featuring barbecued whole salmon. And I once received a letter from a viewer asking me to inform her (a) how long it would take to barbecue a suckling pig and (b) how many would it serve? I'm afraid that adventurous lady has my admiration but failed to get a satisfactory reply – our own attempts at barbecuing are rather more modest. 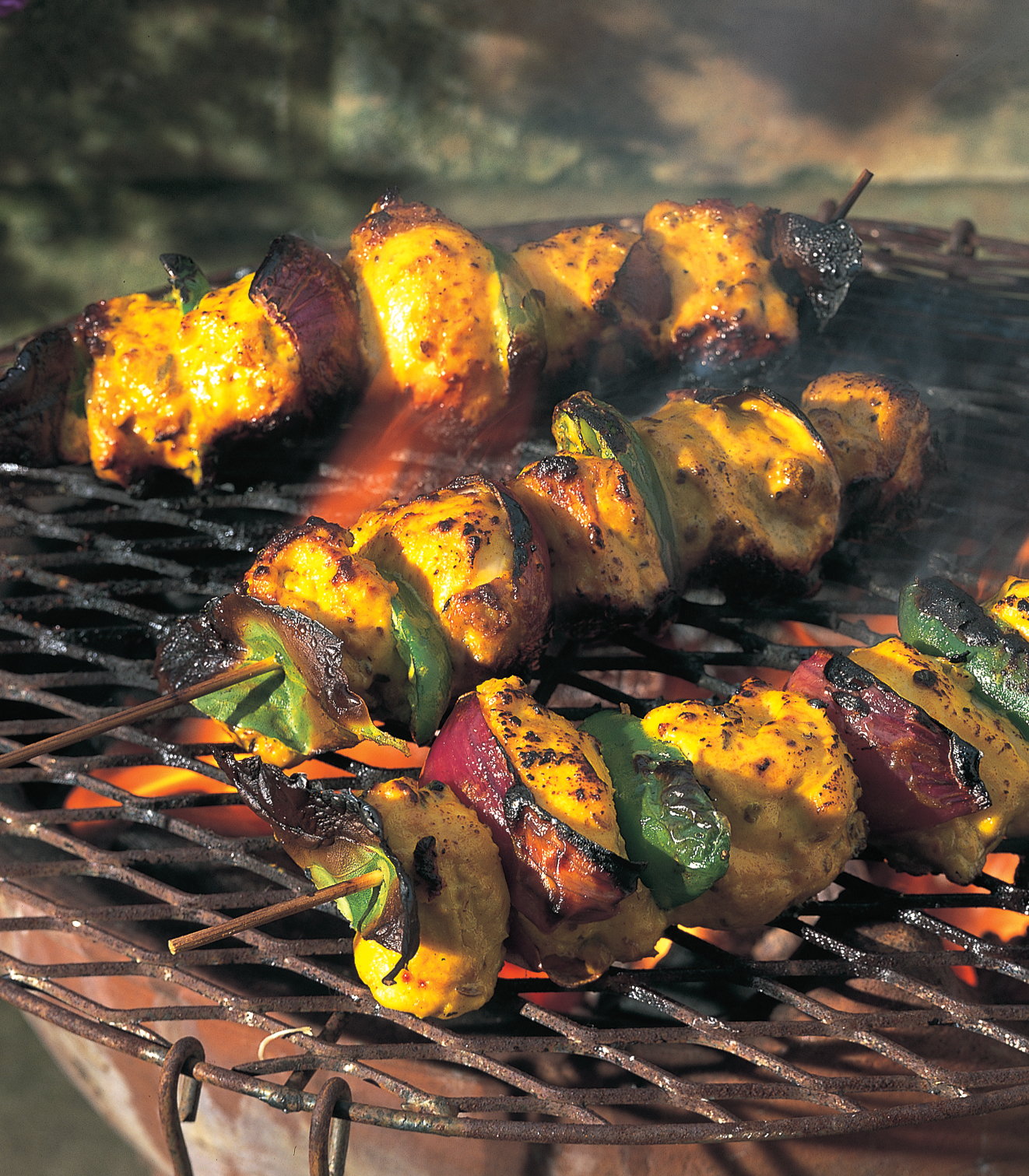 My advice to anyone starting out is to think of a barbecue in the same terms as a grill and to follow the same principles as for grilling sausages, chops, steaks, kebabs, etc. Large chicken joints on the bone can be tricky, as the outside gets scorched before the inside is cooked. So the thing to do is either to use smaller joints or else part-cook the chicken in a conventional oven and finish off on a barbecue. Brush all barbecue items with a little oil before they go on to the heat, and if they have to be marinated, baste them with the marinade juices whilst they are cooking.

We've teamed up with kitchenware experts Judge to offer you the chance to win one of 5 multi-functional, easy-to-use bread makers worth £115.