Why Delia wrote How To Cheat at Cooking 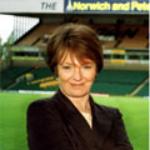 Just in case you were ever in doubt, can I say from the outset that, no, I’m not hanging up my apron after all.

You can be 61¾ and still feel 19 most days. While I couldn’t face another six-year TV and book deal, my advanced years mean I can now get away with being a bit eccentric if I want to, do quirky things, generally have a bit of fun and at the same time, hopefully, still impart my skills to others.

Hence this brand-new project – except it isn’t that new really, more of a journey in time back to where I started 33 years ago. It was in 1971 that I – a hitherto unpublished, completely unknown author – wrote a book called How to Cheat at Cooking, which was, I’m happy to say, a great success. It became a best-seller, went into reprint after reprint and, when I had to withdraw it 10 years later because it had become so dated, it had sold an amazing 350,000 copies.

Not only that, for several years afterwards, people wrote pleading for spare copies and begging for a new edition. Alas, being preoccupied with teaching the skills of proper cooking, I simply didn’t have the time to do an updated version, and so deserted a whole body of people who are interested in food and want to eat well, but who simply don’t have the time for regular cooking. It is my belief that that body of people has now grown.

A report in The Times (24 February) stated that Britons now spend £1.9 billion a year on ready-meals. Elsewhere, we’ve been described as the ‘ping’ generation – get it home, shove it in the microwave and ping, dinner is served! The article went on to claim that despite the best efforts of Delia, Jamie and Nigella, most people don’t want to cook, and that a whole generation brought up on ready-meals simply doesn’t know even how to chop a tomato or make a stew.

Surveys aside, I believe it’s not so much that people don’t want to cook, rather they simply don’t have the time to cook every single day. I don’t always have time myself and, yes, it’s wonderfully convenient to buy ready-meals, the range and variety of which gets better all the time. Nevertheless, very few seem to deliver what they promise and, personally, I always have a problem with quantities: somehow one portion is never enough, two is too much!

I’m also convinced that one of the factories that produce them must have over-subscribed to some job lot of dried oregano that creeps into a host of soups, sauces and the rest. And one more complaint about ready-meals – there’s not much sense of anticipation. People sometimes want to feel there’s something actually bubbling on the stove while they shower or relax with a glass of wine or gin and tonic. And let’s face it, no amount of ready-meals can cater for that very human instinct to be creative (hence those packet cake-mixes that required the addition of an egg just so people felt they had a part in the whole process).

There’s also the vexed question of a whole generation of people not having had any cookery lessons at school and simply being afraid of cooking anything. In fact, the novice cheat can, if you like, take the first steps in creative cooking and maybe move on to bigger and better things. Whichever way you look at it, a little bit of cheating might be helpful for a whole lot of people, if not all the time then some of the time. So here I am, raring to revisit the How to Cheat at Cooking philosophy. It’s a kind of half-way house, two steps beyond the ready-meal, one step behind proper cooking. It’s not always fast (in the 10-minute supper league) but it does offer short-cuts to good home cooking as and when you need them.

Since the first edition of my book in 1971, cheating has come on a lot. In those days everything was in tins and packets; now we can buy fresh-chilled products and suppliers shop round the world on our behalf. Everywhere we look we’re spoiled for choice. There’s a whole host of brilliant ingredients out there just waiting to make your everyday eating more varied and interesting.

OK, so where do we start? By understanding that from now on we are going to build up our confidence by realising that other people can do most of the work before we even get to the kitchen. Rule one then: never do yourself what you can get others to do for you. In Victorian times cooks below stairs had kitchen maids to prepare food. Well, we’ve got butchers’ shops and counters (and fishmongers and fish counters) with sharp knives waiting to bone, chop or joint anything we want. Supermarkets employ thousands to grate cheese, chop veg, shell peas or prepare salads. So let others do the prep and spend less time in the kitchen.

Rule two: cheats know how to shop. Where is the best coffee, who makes the best tea-bags? Is there a proper baker in your neighbourhood, or alternatively which supermarket has the best bread? Where can you buy the best cheese, the creamiest butter? Which are the best food websites and mail-order suppliers? Accomplished cheats surround themselves with the best ingredients. At its most basic – to eat some really good bread and the finest cheese you can get hold of is a feast involving absolutely no work.

But I haven’t got the time – I can already hear you saying – to do all that research. Right, you can enjoy a new How to Cheat at Cooking recipe each week on the website. I shall be ‘out there’ on your behalf collecting ideas and finding recipes. Over the past few months I have already checked out a substantial cheats’ ingredients list, and in particular, hero items that will be included in the recipes.

For instance, Cirio, a brilliant Italian supplier, have produced Cirio i Sughi Rustici (tomato and basil sauce), a luscious Italian tomato sauce utterly true to the flavour of Italian tomatoes. Heinz do the same with Spanish tomatoes in an excellent sauce called Tomato Frito. Merchant Gourmet make ready-to-eat croutons that can easily be jazzed up with tapenade or Parmesan to garnish soups or caesar salad.

Tesco have the nicest prawn cocktail by a mile, which later on, we’re going to embellish to make the best avocado with prawns ever. Clever M&S are now doing fresh hollandaise sauce and superb meringue nests that list only free-range egg whites and sugar as ingredients – what more can we ask ? Sainsbury’s fresh pasta is made in Italy and truly authentic, and I love their Leek and Fontal Cheese sauce; recipes using these will be coming soon.

Did you know Asda stock brilliant tinned artichokes, and Morrisons really excellent fresh chicken? Fratelli Camisa (www.camisa.co.uk) supply by post some wonderful bespoke dried pasta made by traditional methods, and there’s no need for cheats to be roasting and grinding their own spices because Sharwood’s version of hot Madras powder has all the variety and liveliness of the real thing. Baked gigantes beans from Greece cooked in tomato sauce with herbs and extra virgin olive oil will feature in these recipes, as will Charmaine Solomon’s laksa pastes. We love Sacla Roasted Red and Yellow Pepper Sauce, and have discovered that Waitrose sell André Coulis de Frambroises Guépratte, a sauce that really captures the very essence of raspberries.

This is just a snapshot of my list of cheats’ ingredients, and it grows by the day as I with my back-up team (including 11 chefs from Canary Catering at Norwich City Football Club who are helping with the recipes) continue to hunt out every possible source. I do hope all you would-be cheats out there will join us on the site each week for some really good food that’s going to be lots of fun and without all the hassle.

Win one of 3 Stellar cookware prizes worth over £150

We've teamed up with Stellar, the cookware experts, to give you the chance to win two items from their award-winning Rockantium range of quality pans.