Why is my pastry greasy and difficult to handle?

I've been making Delia's Traditional Apple Pie for quite a while, with decent success.

Today I decided to make one for a friend. I used the same measurements of flour to fat (I have to use Stork hard marg because my friend is lactose intolerant: marge+lard+4tbs cold water.)

When trying to roll the dough, it just wouldn't roll. It felt greasy to handle, kept cracking and splitting. When I did eventually get it into some sort of shape and lifted it into the pie dish there were several splits between the bottoms and the sides. I tried a second batch with the same results!

When the dough was formed it was left to chill in the fridge for a good hour, then let come to room temperature .

The only think I can think of that was different was the flour. My normal flour is Sainsbury's basic, this was Lidl plain flour

Any idea As to what the problem might be? 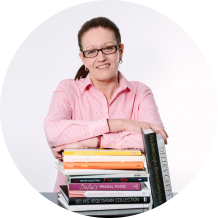 I don’t think it would be the flour.

It could be that you were a bit heavy handed or you had warm hands when you rubbed the fat into the flour.

Or it could be that you didn’t add enough water, making the dough too hard.

Do you also make pastry with butter? How does that work out?

I don't make it that often with butter as in all probability my colleague would be about when the pies about :) Occasionaly I will make a pie with butter, but it's only for special occasions say visiting. Butter works out fine. I generally take it from the freezer and grate it into the flour

As a by the way when using marg would you use the same proportions of marg and lard as you would butter and lard?

I would use the same proportions.

As the grated frozen butter works well for you it may be that you have warm hands. Perhaps try cutting the margarine and lard into small cubes than chilling it and using chilled water, to help keep your dough cool.